My Prize From Cardboard History

One of my favorite blogs, even though I don't comment as much as I should on it, is written by Billy over at Cardboard History.

Watching the way he works with his collection and how in-depth scans, keeps tracks everything from players, the total numbers and the overall, you guessed it, Cardboard History of his collection is phenomenal. There isn't another blogger like that in the 300+ of us out there. I wished I could do half of what he does with his collection.

In the past month or so, Cardboard History celebrated it's blog anniversary and Billy had promised a prize to a winner. What none of us didn't know was that he was handing prizes out to all of us who commented on that post. Pretty cool.

I didn't know what to expect as my prize and it showed up at my door not long ago and it was right up my alley. 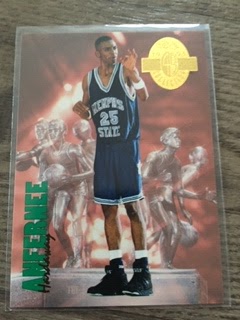 Anfernee Hardaway 4-Sport. Nothing wrong with a little Penny. 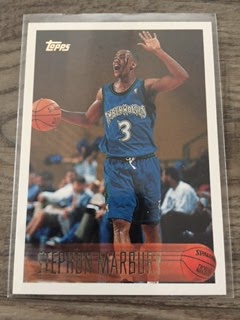 Steph was a great player in the 90's, I never mind adding another Steph rookie to the collection from 1996-1997 Topps. A buddy of mine who used to collect went in hard on collecting Steph back then. I even was able to trade a small stack of Marbury in exchange for a Tom Brady Fleer Ultra rookie. That also had to do with the fact he hated Tom so much he just wanted him gone. 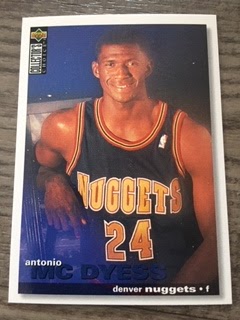 And the third card he sent was a rookie of Antonio McDyess. What I wouldn't do to have Collectors Choice back again. It was a solid product for it's price point.

Billy also knows my love of football and sent along this Absolute Memorabilia rack pack from 2018. 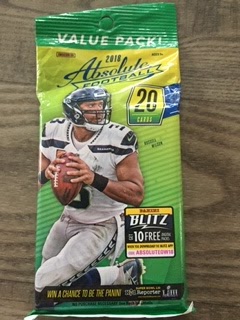 Let's take a look at some of the key finds. There were other good base cards in it as well, sadly no Giants. 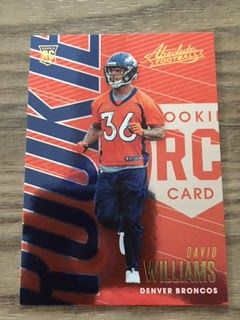 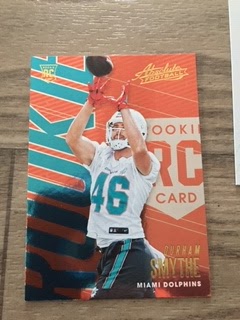 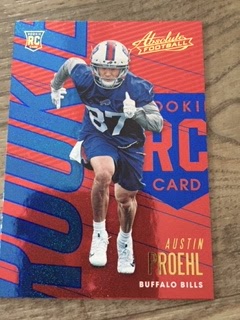 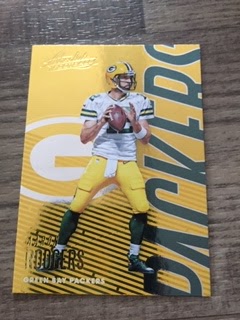 Aaron Rodgers base. The base cards are bold to the eye for sure. 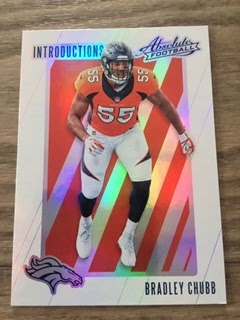 Bradley Chubb Introductions insert. Really liked the shine and design of it. Too bad it hadn't been Saquon or Lamar. 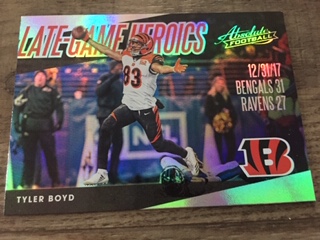 Finally another insert, Late Game Heroes. Nice card. I like the design, photography and shine.

Thanks for the mail day Billy and keep doing what you are doing over at Cardboard History. I always look forward to the next post. If any of you reading this haven't checked out his blog, do so and make yourself jealous of all of his wonderful work.
at December 11, 2019