Let's Talk About Sets Volume 50: Filling Up The Stadiums 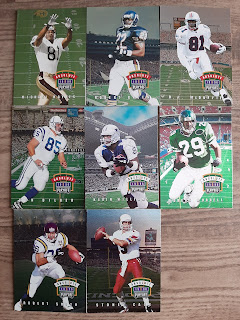 1996 Absolute football has a great looking base set and thanks to my friend @Offbeatallstars I am even closer to completing this set. 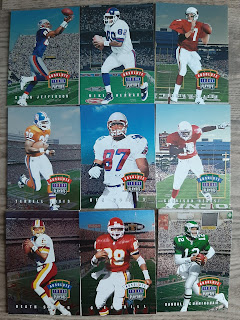 The teams stadium in the background of the player is what makes this set and makes it really cool. 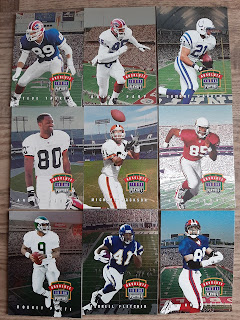 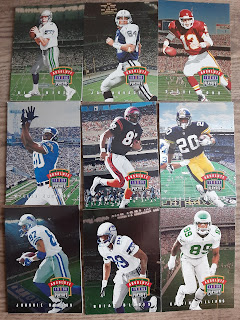 There wasn't any other set that I can think of that tried this approach for a base set. If Panini did an updated version of this I would be in love. Maybe instead of doing plain white backgrounds try this as an approach. 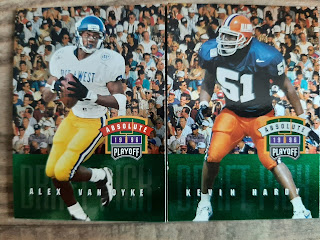 The rookies in the set still had their college uni's on and the background for them included some generic fans which I am okay with. I would have preferred they waited to find out which team they waited on before making them.
Also, if you didn't take note on the rookies since they are more up-close, they have two different colorings for the work Absolute. That's because this base set was layered and base cards without red were tougher to find then ones with red. They also were the first product to offer a pack within a pack concept. What does that mean? You opened your pack and found another pack within with either a blue or white base card. Whatever happened to such creativity?!
Thanks to Offbeat for the trade and set help. Hope you can dig more out and we can do another trade soon.
at February 24, 2021