The Origins Of A Cardboard Addict:Note Booking Another Year

I hope it was a great day for my parents and not really a memorable one for myself. Who remembers when they were born really? I actually don't have a ton of recollection early on in my childhood, just a few bumps that I run into along the way in my mind I will write down. Some times that helps bring back more so I can gather my past. Since my parents weren't really picture taking type, documenting my past isn't that easy and without that visual part it hurts trying to remember things as well.

However, I do my best with what materials I got left from my childhood.

And one of those materials brought back many memories when I dug it out again for this post. One of the most memorable birthday gifts I ever got was a 1 subject notebook. You see, not only did I write all of the time, I also kept track of my card collection in these since I didn't have a computer and I also did some scrapbooking that way. When people didn't have much money for gifts for me, they all knew that a notebook was the way to go.

Today's reveal is my oldest scrapbooking experience. So get ready for a ride. 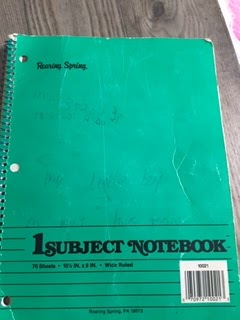 On the front cover still in very light color ink is a note from my mother on the front of this. To My Little Boy Mat(t) Love Mom. My mother didn't write many love notes so this was also a keeper just for that.

The scrapbook isn't quite as organized as I remember it, but I took these photos in order of appearance in the book. Some of the clippings were taken from the local newspaper, while others were found in the NY Post that my father would pick up every so often. Especially when our teams would succeed. 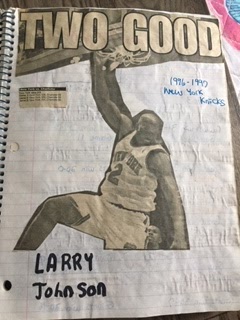 Ah, the Knicks. Back when basketball was great. And a time when the Knicks were to. 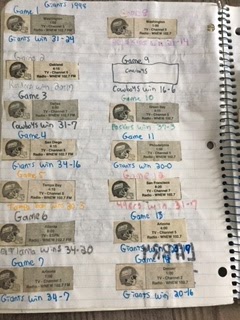 The Giants schedule and results from 1998. I always forget that Arizona was in their division at one point. 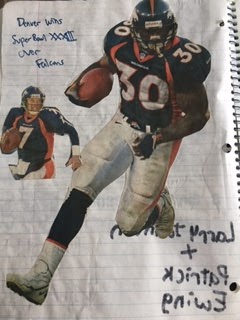 TD and Elway! I always wanted them to win the big game and they finally did. TD was a baller! If only he didn't get hurt. 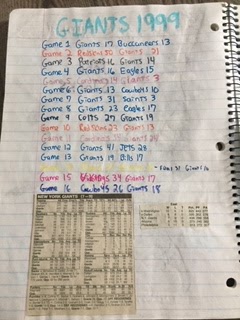 Giants schedule and results for the 1999 season. Also stats and standings. 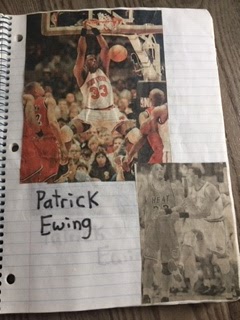 Anytime I could find pictures of Knicks taking down the Miami Heat, I was all over it. 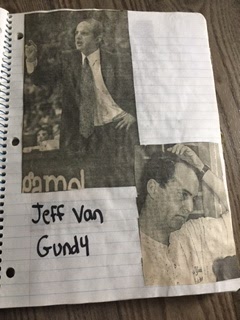 Jeff Van Gundy one of the greatest Knicks coaches ever. 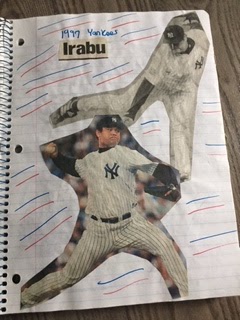 Irabu. Was supposed to add the IT factor to the Yanks. Well, not so much. 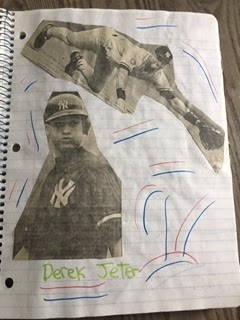 However this guy did. 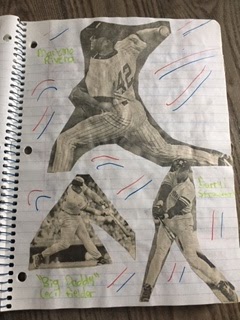 Mo, Big Daddy and the Straw! 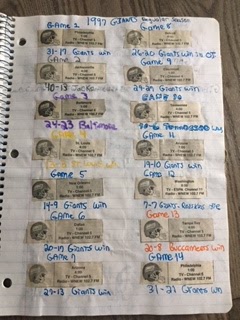 Giants Schedule and scores from 1997 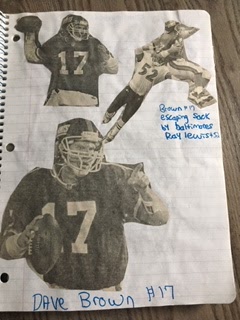 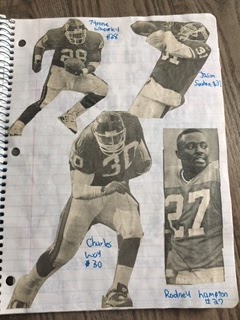 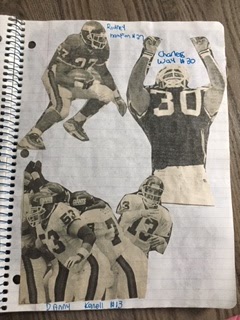 Rodney again! I have seen that photo used on many of his cards. 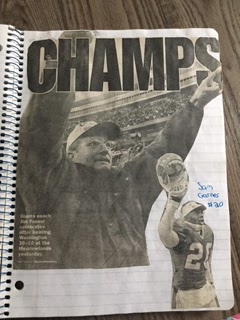 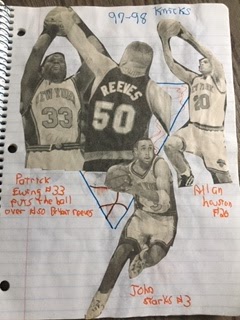 My three favorite Knicks all time on this page. I have an Allan Houston autograph, but in desperate need of John Starks and Patrick Ewing. 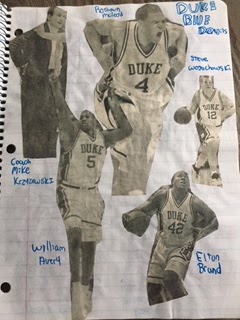 yes, I was a Duke fan as well. I still root them on today but don't watch it as in-depth as I did then. but, I will say, Coach K is a legend. 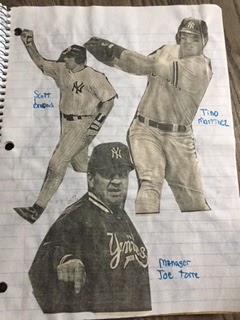 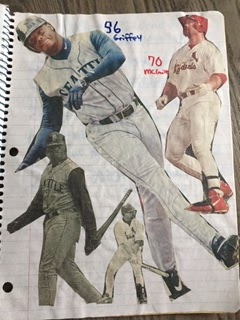 And the home run chase was on! One didn't cheat their way to their number however. I spent so much time watching game highlights to make sure Griffey stayed ahead of McGwire but one way or another, Mark found his way to the top. I was excited to watch it at the time, but after finding out he cheated to do so, well, that made me take a turn on baseball.

Speaking of baseball, I don't expect any cards for my birthday this year besides the one blaster I shared on Twitter already, but if I do, I will share them there again. But, expectation is low. I was at least hoping for a eBay gift card.

I don't ask for notebooks anymore as a lot of my book keeping is left on this blog. I have been slowly adding my sets to the checklists on here so if you wanna check those out every week and see if you can help that would be awesome.  I also keep my numbers of my teams players, etc done on here as well which desperately need updating.

Well, I hope you all enjoyed a Part Of My Past. If you did, than that's all I need this year for my birthday. Thanks for reading!
at March 19, 2019