Finally got my hands onto some Topps Football 2012.  I liked what I got, but some of it I wasn't impressed with. I definitely did not hit it big at all. I got one card that caught my eye and the rest were just cards. 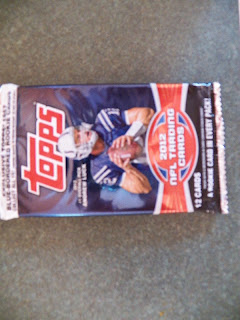 Wrapper: Andrew Luck..enough said. Tells you how many cards per pack and how many rookies you will get. 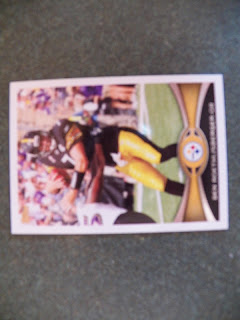 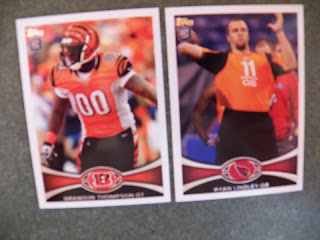 Base: Not too bad. The design is nice. I wish they would take it down a little notch with the border. Especially a white one. I do like the team symbol enclosed and the name where its placed. The rookies were great until I found one of those 00 cards. Its a DT. I doubt they were the number 00. I think at most they should have assigned him a number. Looks weird and the card overall looks very photoshopped. 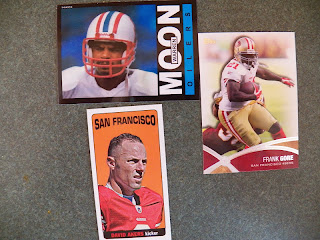 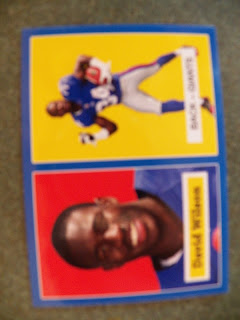 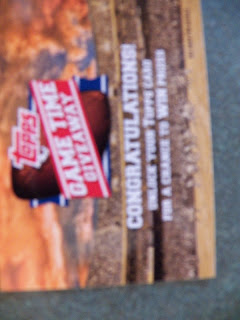 Inserts: I actually like the giveaway cards they insert. However, we wish they gave more cards with those however. I would be happier getting a 1980's base card instead of some worthless virtual item. Which, the site is not open yet to unlock what we might have gotten. When we unlock it, we will post what we get. The Tall Boys inserts are nice, but I am not one for reprint inserts like the Warren Moon. They always feel like a filler insert to me. The blue bordered David Wilson 1957 card design was by far my favorite card in the three packs.

Overall: For retail, its $2 a pack. I didn't get any good rookies. But did get 3 per pack. Got at least 2 inserts per pack. Some base cards. So as for value, it could be there with the right packs. We just picked out the wrong ones. I would assume spending $2 a pack, you would get your money back with the amount of inserts and rookies in a pack.
Ratings:  Bloggers Note: Our ratings are based specifically on the blaster, box or packs we opened and do not express what the overall product could bring. Ratings based on a 1-5. 1 Being the lowest and 5 being the highest.
Packaging: 5
Base Design: 4
Insert Design: 3
Memorablila/Autographs: NA
Blaster, Hobby Box, or Pack Value: 3
at August 14, 2012