I know we already reviewed the blaster version. but upon getting the hobby version as an early birthday present I said to myself...why not review it that way as well. So here it is... 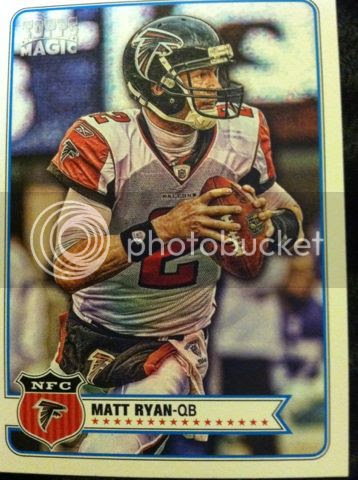 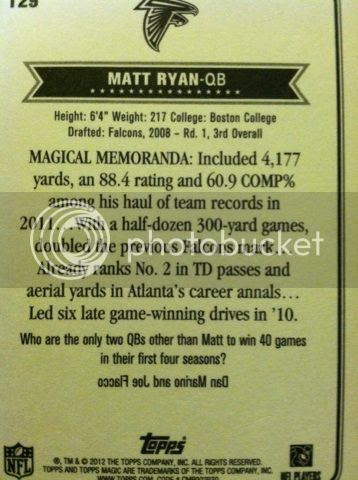 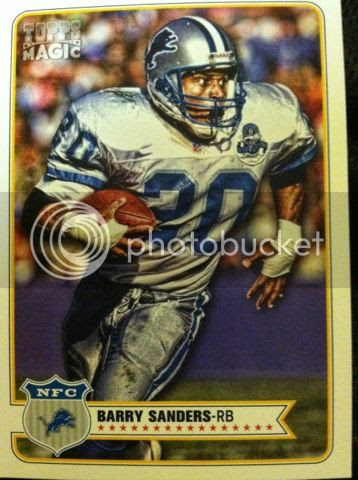 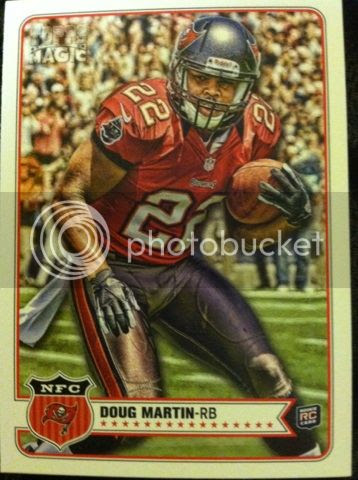 BASE CARDS: Topps sometimes colorful cartoonish looking base card designs don't usually work. They used it in both high end and low end products. I prefer real photography and action shots. But in this case for this kind of product its attractive. The base design in general is. With the lack of gloss as well these cards would only look good done this way. 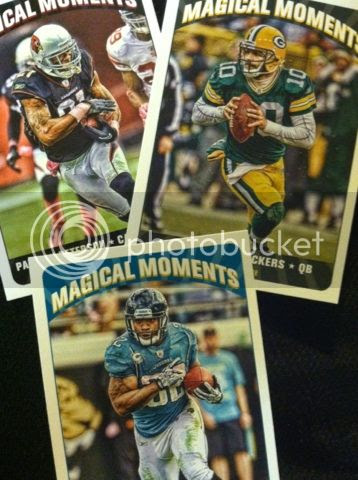 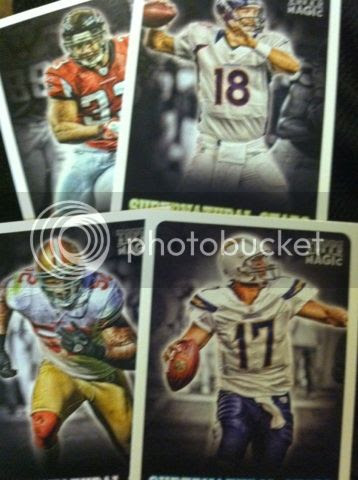 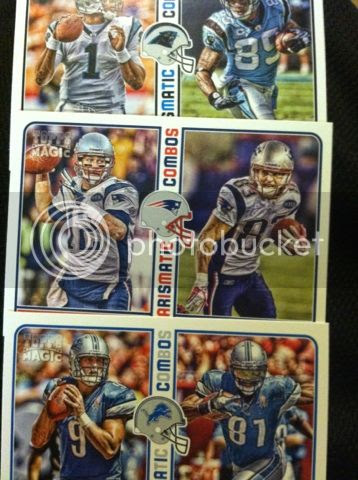 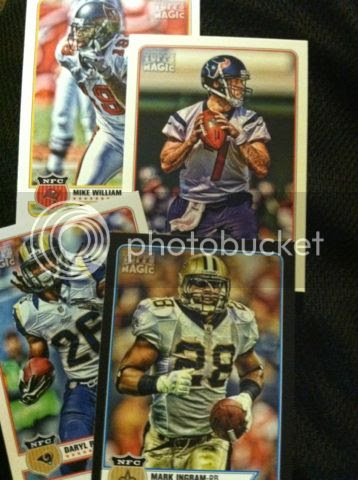 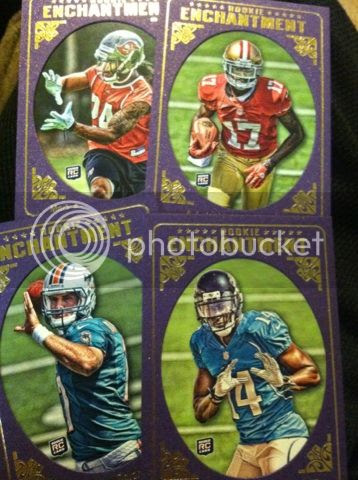 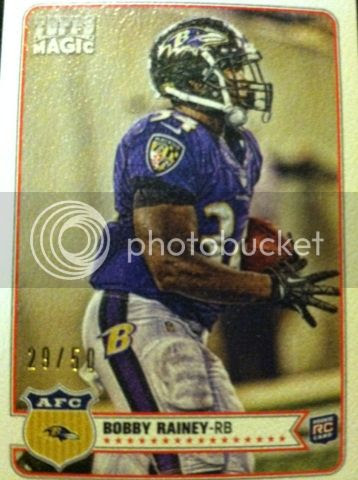 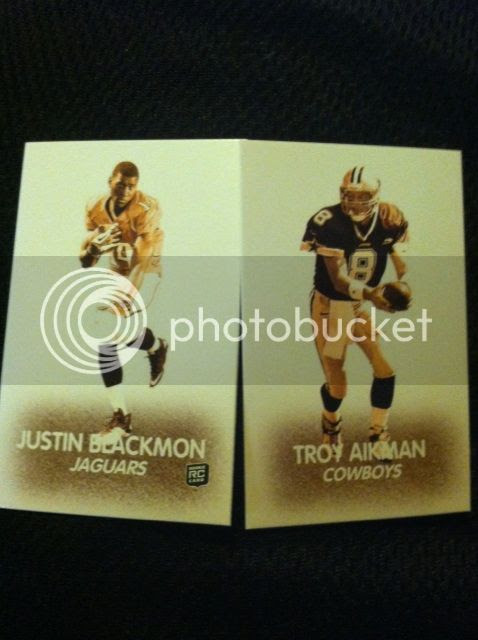 INSERTS: Other than anything in chrome style setting, minis are also a favorite of mine. They fall almost one per pack. There are also mini black bordered versions fall one per box. The other mini mini's (48 Magic) as we will call them are unique as well and seem to fall 2 per box.  We also pulled a Pigskin Mini numbered Parallel of Bobby Rainey.  The other inserts were really lacking in design.They were extremely lame and very unexciting to pull. They remind of something you would use as a subset and not an insert. However, Rookie Enchantments that are pretty impressive cards. The photo has a purple frame around it. The picture is embedded. Very attractive card and this picture does not do it justice. 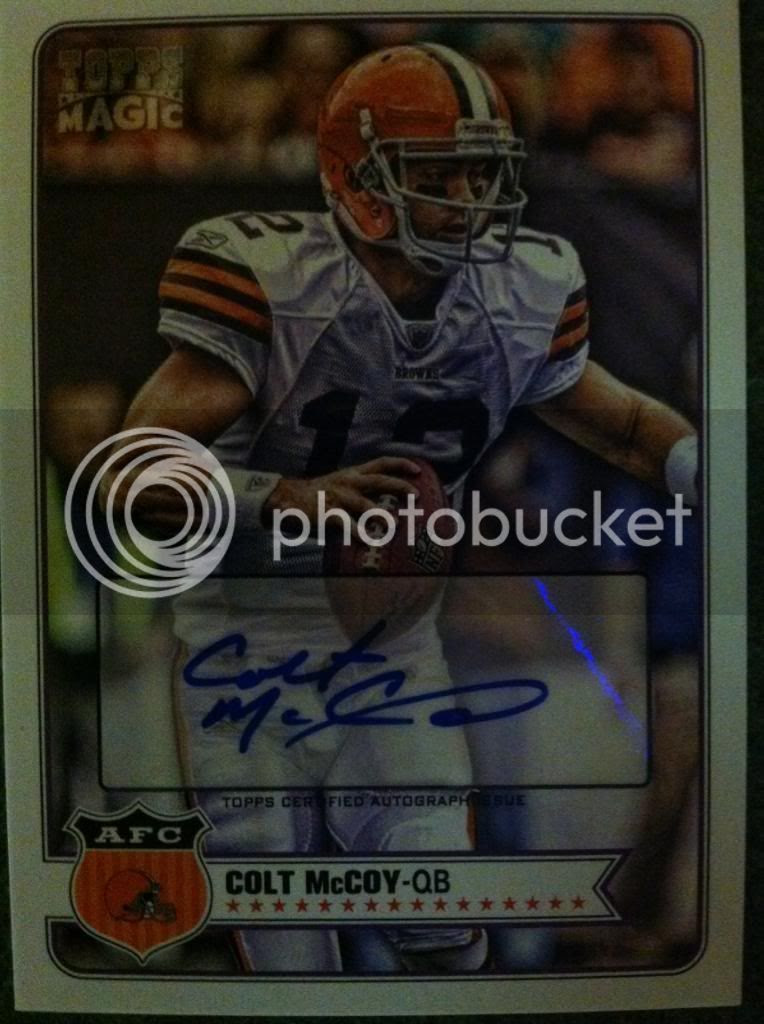 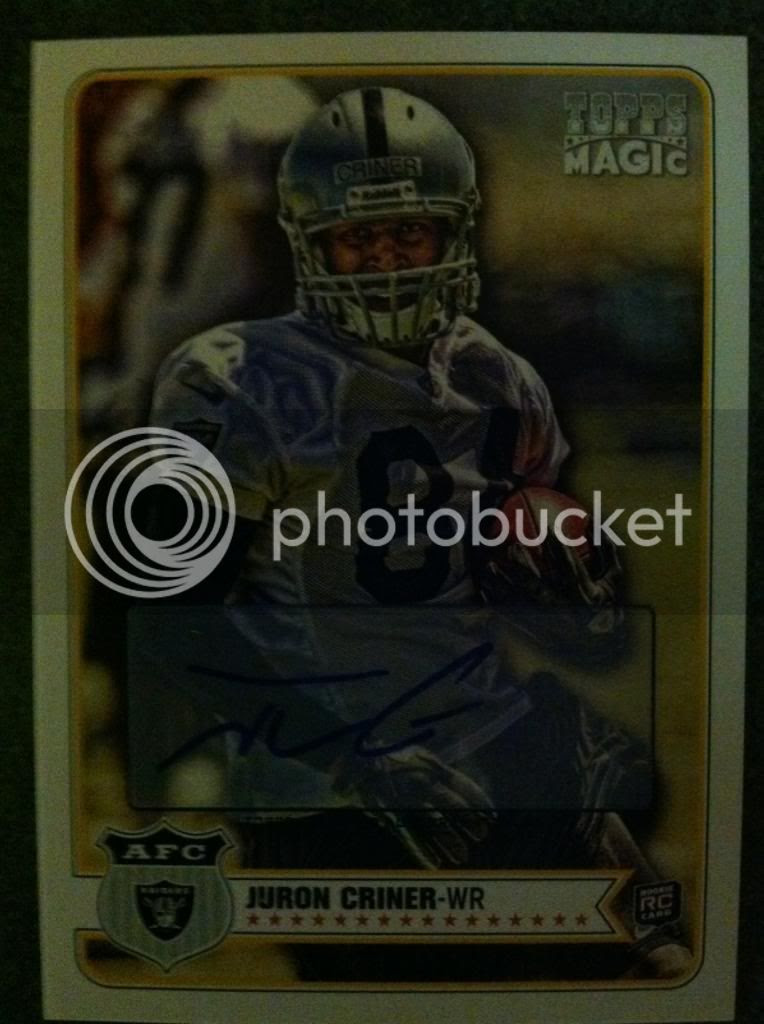 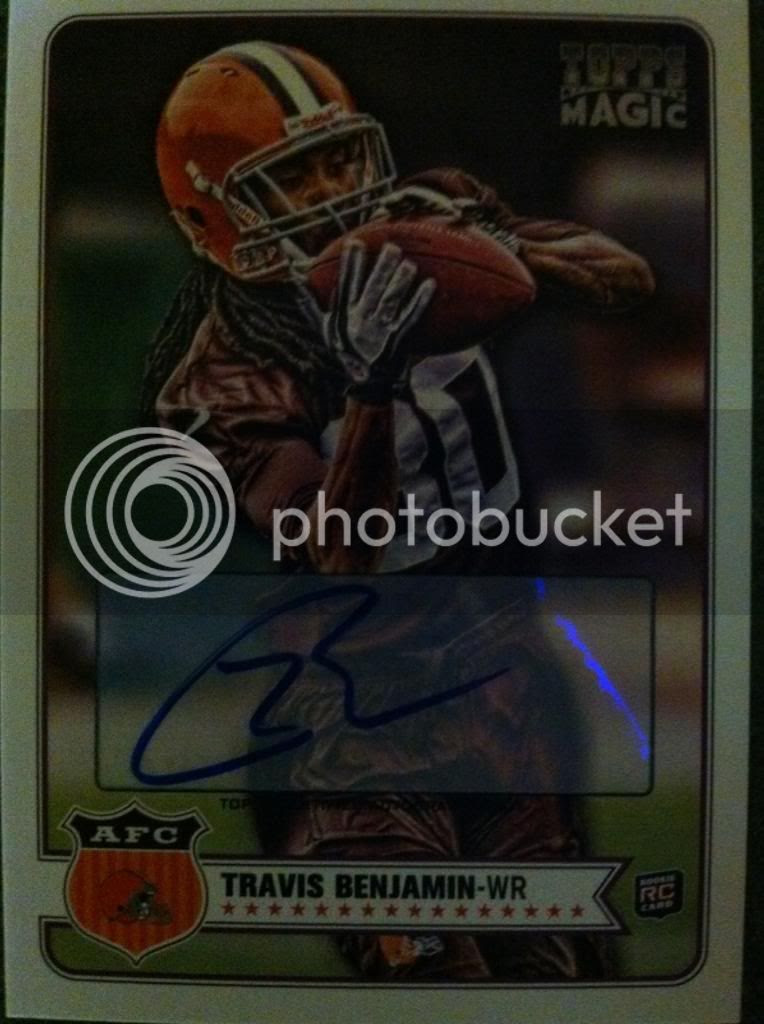 AUTOGRAPHS: Sorry for the pics I don't know why the rest came out so great but the autos didn't, but its probably best they look like this anyways. Two Cleveland Browns (Colt McCoy and Travis Benjamin) and one Raider (Criner) makes this a dark (pun very much intended)...ugly break. The cards still look nice and the fact all are sticker autos didn't bother me. But come on, wheres the value????

JERSEY/PATCH CARDS:Didn't pull any but heard they are very nice looking. And some include coins.
OVERALL THOUGHTS: First off, value wasn't here. 3 bad autos. No rookie cards of RG3, Luck or Russell Wilson or anyone else for that matter other than the one Doug Martin. Value for what you pay to what you get...not good at all. Cards still look nice and we all know its a gamble to buy a box...but come on..at least put good rookie cards in if the autos are bad??!!Tried to talk to Topps about it, but no response. Not impressed.

RATINGS:  Bloggers Note: Our ratings are based specifically on the blaster, box or packs we opened and do not express what the overall product could bring. Ratings based on a 1-5. 1 Being the lowest and 5 being the highest.
Packaging: 5
Base Design: 4
Insert Design: 2.5
Memorablila/Autographs: 2 (this was based on players, design would be 4)
Blaster, Hobby Box, or Pack Value: 2.5
at March 21, 2013