1995 Score Football. You either love the design or hate it. No matter how you feel about it, it's still a fun rip. I, honestly, like the design. I can't tell you what it is I like about it, but there is just something that catches my attention. Of course the memories of opening this may contribute to that as well. 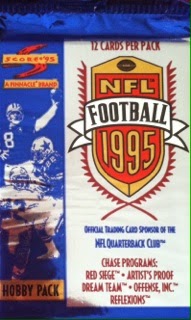 The design is pretty simple. A bordered card featuring a player and team logo that is "torn" into the card. 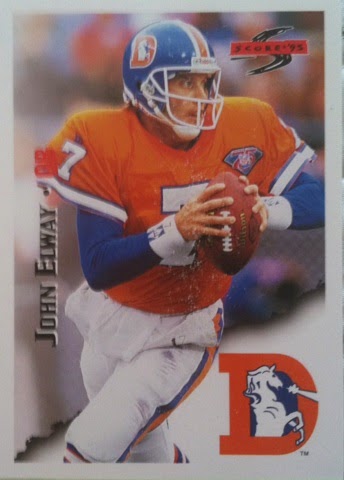 Back of the base card 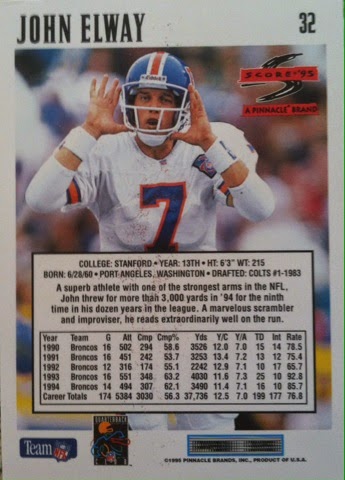 What some may not have paid attention to back in 1995 was the fact this was Jeff Blake's rookie card. Some of you are like Jeff Blake? Jeff Blake was a QB for many teams starting out with the Jets, known mostly for his time with the Bengals where he put up some decent numbers and ending his career in 2005 with the Bears. 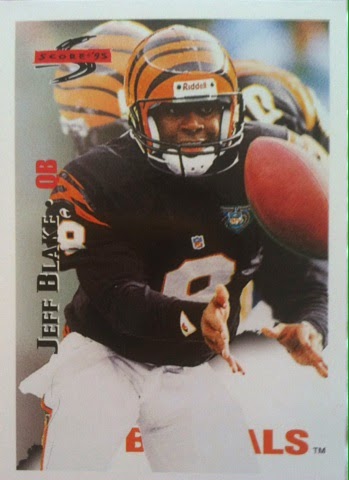 There were subsets as well such as checklists, I wonder away with em. So much easier to do sets that way. Star Struck is the other subset. 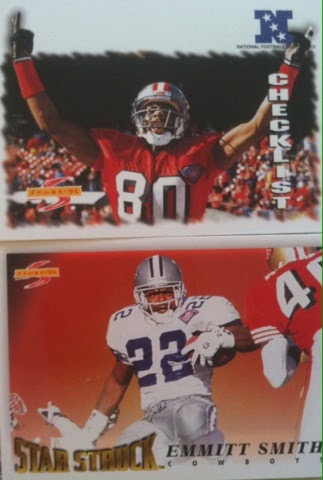 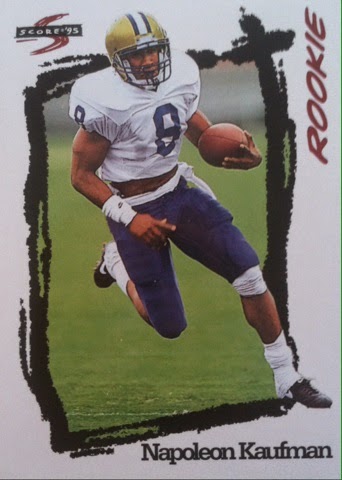 In my three packs, I landed 2 of these 1:4 Red Siege parallels including a John Elway one.

Back of the parallels. These were done in simpler times when we were told what they were. Now-a-days parallels are a bit more challenging. Especially refractors and if they are not numbered.

Overall, not too bad. The Elway Red Siege saved the break. However, that's not why I opened these. It wasn't to make a buck. It was for fun and that I had. Isn't that what the hobby is all about?
at April 23, 2015