Oh 1989. You brought us some of the greatest baseball players to ever hit the field. Randy Johnson, Gary Sheffield*, John Smoltz and of course the main man, Ken Griffey Jr plus others.

So when I got a 1989 Bowman baseball card pack in my Graded Greats a few months ago, I knew it could be special and have something worthy inside. But, did I find something worthy? Well, you are gonna have to read on to find out! 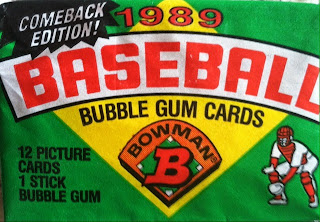 Every pack of 1989 Bowman baseball comes with 12 cards and one crunchy piece of gum. You can find the above rookies within and each pack runs for much less than $2.

The design for Bowman was nice. I like the facsimile signatures, however not a fan of the border but can tolerate it in this case. The border could have been worse. The photos for the product are up-close and personal pics and don't really feature any true "in-game action" photos. I would call them poses more than anything else.

To give you an example, here is what the front of a card looks like. This particular one is going into my Yankees PC. 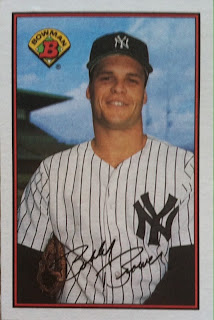 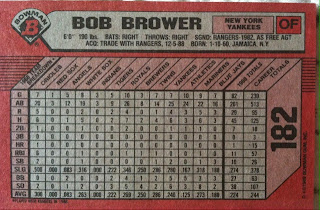 Now the rest of the base. Nothing too exciting to show here... 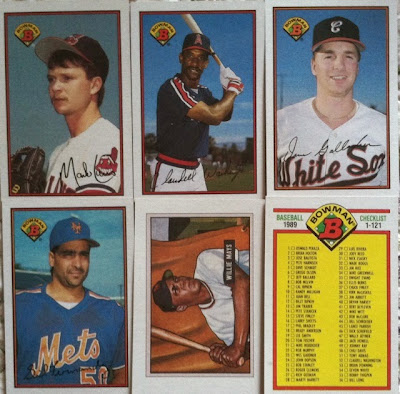 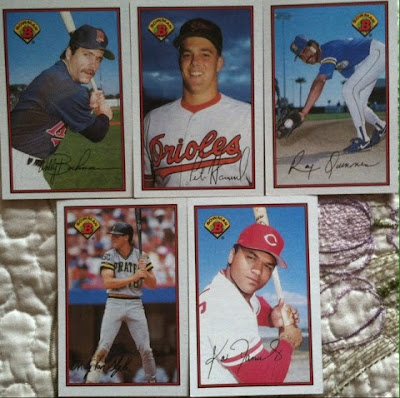 But maybe here with a Robin Ventura rookie. By far the highlight of the pack.(other than the Yanks card for my PC but I rank this one slightly ahead) 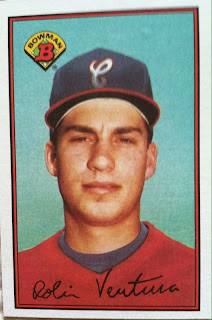 Overall, a kinda bland pack break. But , better than the 1981 Fleer baseball I previously opened. This pack contained at least the two cards for the PC.

There are still two more pack breaks to go from my Graded Greats box. Up next will be 1983 Donruss baseball then ending with 1989 Upper Deck baseball. Stay Tuned!
at May 23, 2015