I Discovered Area 40 And Look What Happened

During Wes' retirement tour-formerly blogger of Jay Barker Fan blog and now runs a last big hurrah blog in Area 40-he has been unloading packages onto bloggers for goodbye gifts.

He had mentioned to me that mine had hit the road, but what I didn't know was the card storm that would hit as a large flat rate box just about knocked over my mail box with its weight.

Inside, well, was magic. I could literally feel the Lucky Charms rainbow pour out of it with gold coming at the end of the rainbow. With so much found in this box so worthy of needing to be posted, this will have to take a long segment to get it all up.

So let's take a look at the gold or some of it. Remember, not all cards will be posted as it would take at least a month.

First up is this unique Calais Campbell card that should be signed but isn't. Odd. Never seen an unsigned card that was supposed to be signed. Would have been cooler if it had been signed since Campbell had such a big season for the Jags last year. 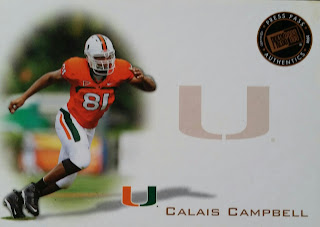 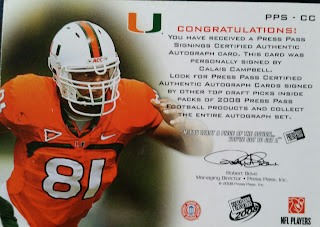 Steve McNair. He was a fun one to watch and here is a 22K parallel rookie card of the man. Collectors Edge put out so many great products and parallels. 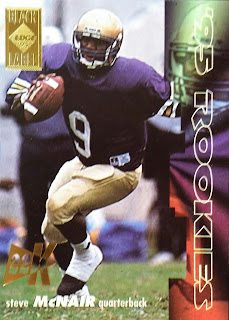 Bowman Chrome, how much I miss you NFL style. This card was pulled out to be shown off because it's a parallel. 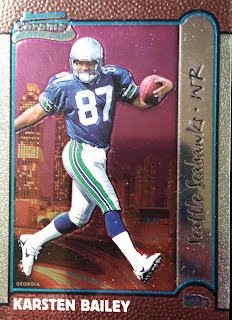 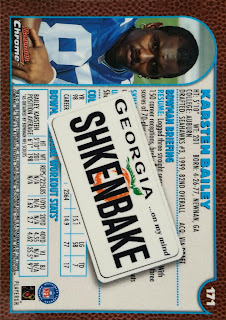 Kurt Warner. I have always been a fan. Wished I had his autograph, especially if one can be found in a Giants uniform. 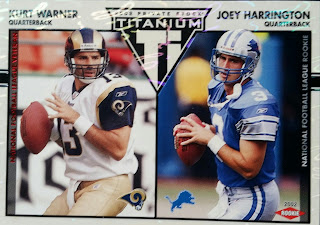 This is one really cool looking insert. There were a couple of these in the box, maybe a set chase is needed. 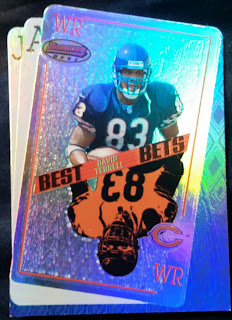 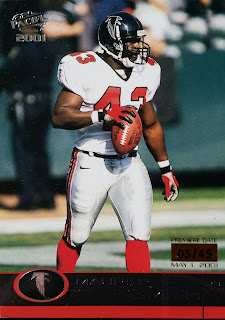 I was probably one of the very few that enjoyed 1996 Collectors Edge Presidents Reserve. The base were printed on acetate and the inserts were themed presidential. Such as Running mates. Man I miss the 90's. 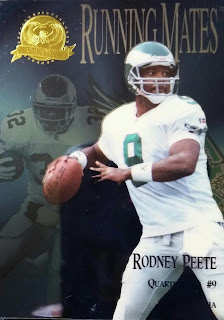 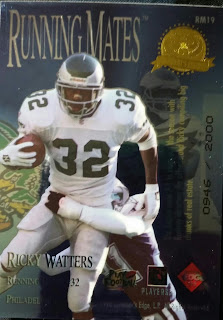 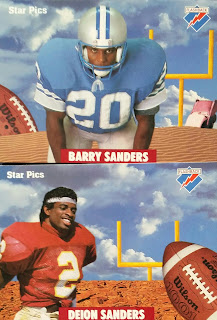 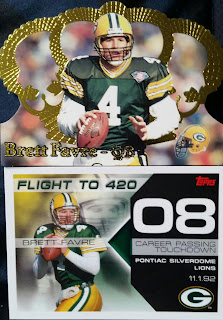 Two of the biggest Cowboys in the 90's, I dreaded when my Giants had to play them. Emmitt always had big games against the Giants especially if the games were in prime time. 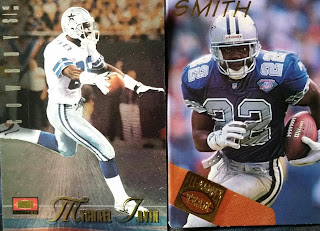 Hardy isn't messing around on his Gold Leaf Rookie card. 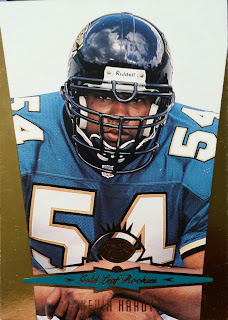 Another great Collectors Edge photo. This one of the great hands Rice. I don't think many will CATCH up to his records. See what I did there. 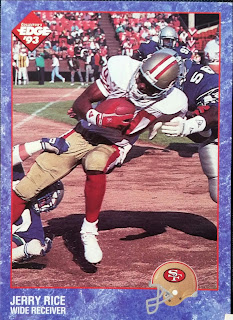 Great looking Stadium Club insert. Remember when inserts looked better than the base and not vice versa? 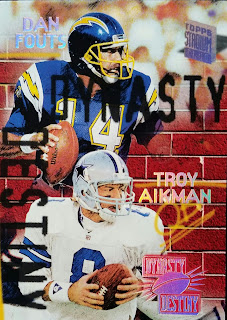 Game Breakers with it's hologram technology. I have a few of these already and now I have more after this box. Hmmm maybe another set chase? 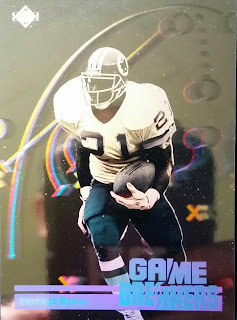 Petty never quite shined in NY unlike Tuck who did. Too bad he wasted his last few years of his career in Oakland. I still like my shiny cards though! 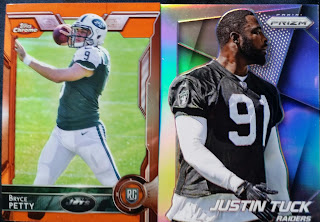 The Bus is running at Warp Speed. 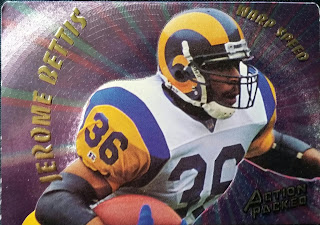 And we finish this part up with an Unsung Hero. 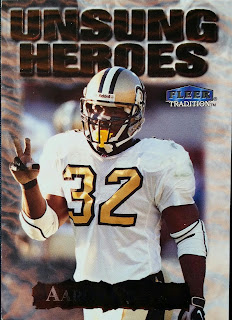