It's time to go back into that big box of goodies that came from P-Town of Waiting Til Next Year blog.

This time we are looking at 1991 Pro Line Portraits. The unique set that focuses on taking a portrait picture of a featured player and putting them on card board. Some of the photos they used were fun, others were funny and even some that were quirky.

P-Town had quite the pile of them he sent my way and I pulled out the best to showcase on here.

Jerry Rice. Back when he had hair Michael Irvin looking mean and lean. He could have used this for a dating profile pic. 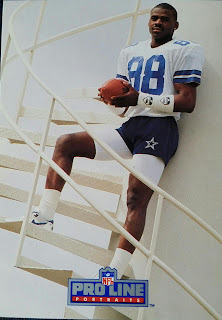 OJ Simpson back in his good days. he is also sporting one of those popular 90's Starter Jackets. Who didn't own one? I  know I did. Wonder if that's where he stored the white gloves? 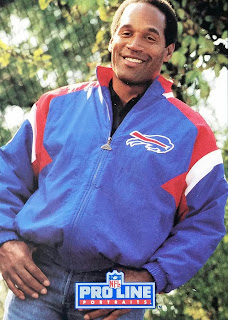 Someday this kid will want this card. I love cards that capture special moments. 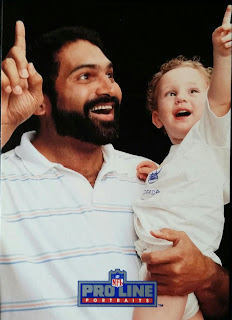 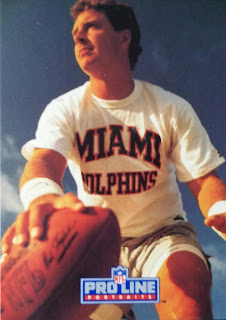 Steve Young posing. Gotta appreciate a lefty QB with his talent and a great smile. They must have told him he would play the Chargers in the Super Bowl. 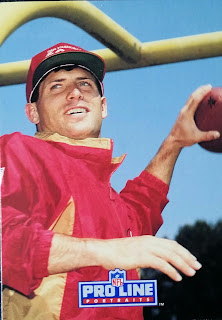 Roger showing off his Cowboy pride. 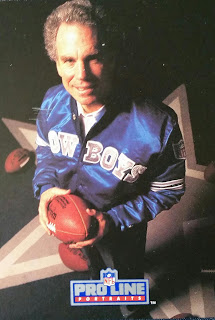 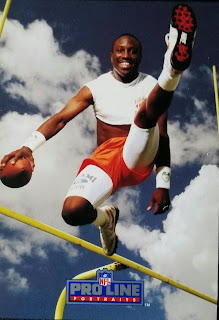 Gotta love Boomers hair. It looked better than he did on the field. I still think it's odd to see him in a Jets uniform sometimes. 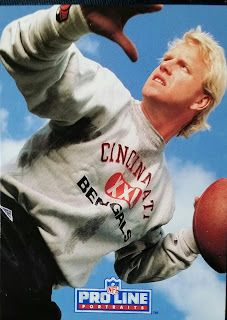 Troy working out. Very weird photo to feature, but unique. 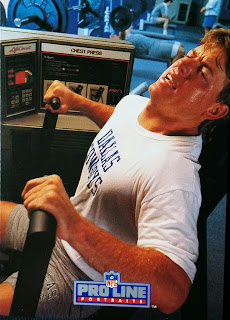 There were some others that almost made the photo gallery cut. But, maybe I will save those for another feature down the line. Still two more breakdowns from this big box of cards to go and that's not even featuring them all. Stay tuned!
at July 19, 2018