Blast From The Past:1995 Topps Series 1 Baseball Pack Break

So let's take a Blast From The Past with a one pack break of 1995 Topps Series 1 baseball!

Believe it or not, I landed this pack for less than a $1 in a pack lot that I paid a total of $4 for. When I can take a Blast To The Past with a break like that I will take it all day long. Back in 1995, I busted a lot of Topps product for hockey and football. I did bust a few packs of the baseball in both Series 1 and 2 in which both you will see on here but not much. Which makes these packs more of a Blast From The Past than an Origin.

Let's take a look at how I did. 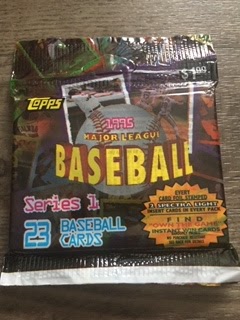 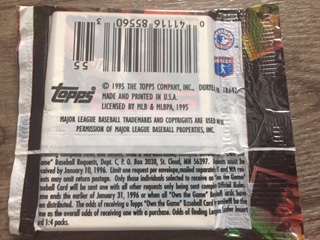 In these hanger packs, there are 24 cards in each. At the time, they sold for $1.99. I got mine for roughly .80. Pretty fair I think. Each of these comes with two cyberstats parallels.

The base card set for Series 1 has 396 cards with a couple of subsets and guys like Wade Boggs and Fred McGriff on the checklist.

With so many cards in this pack, I broke out only the best players and not all like I usually do with this series. It would take forever to get all of those posted and it would take up the entire blog to get it posted on. 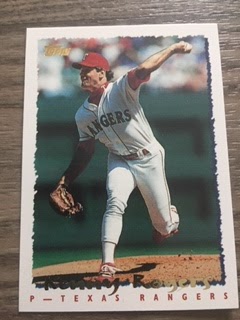 Kenny Rogers, the baseball player. Not the musician my grandmother listened to that I always got confused with. Kenny pitched for 20 seasons for 8 teams including my Yankees. He has a perfect game, won a World Series with the Yankees, and was a 4x All Star 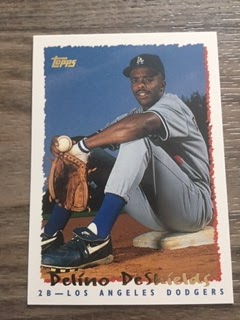 Delino played for 12 seasons and 5 different teams. He had 80 career home runs and a.268 batting average. 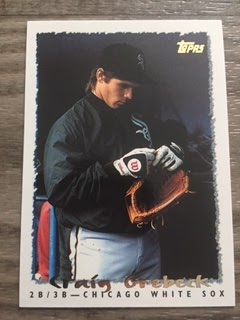 Craig Grebeck. No, not really a big name from the pack, but I liked the photo. He played for five teams in 11 seasons in which he had 19 home runs and .261 batting avg. 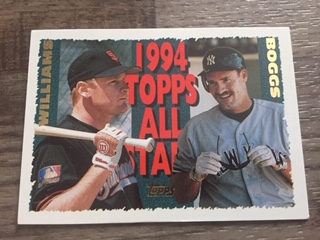 Two All Stars here in Wade Boggs and Matt Williams. Between the two, even though Boggs was a Yankee, I remember more about Matt Williams. Don't ask me why. 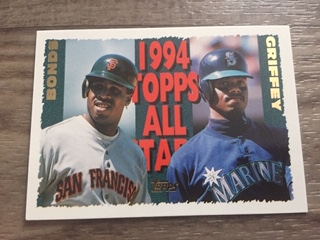 Barry Bonds, I don't like the guy and know he cheated but still want an autograph card of him someday. Then comes THE MAN, Ken Griffey Jr!  What else can I say about that guy?! 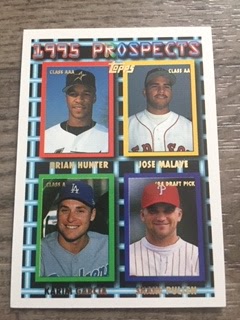 A couple names I recognize on this card including Brian Hunter and Karim Garcia. They call this a rookie card but I don't. Usually when Topps did these there was only one true rookie on it or none at all. 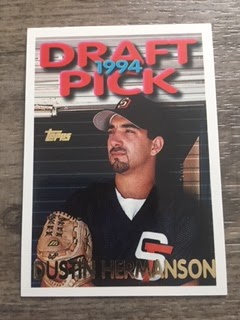 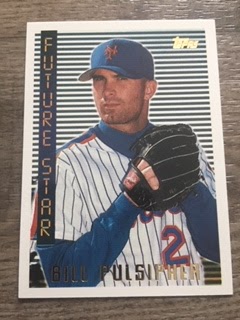 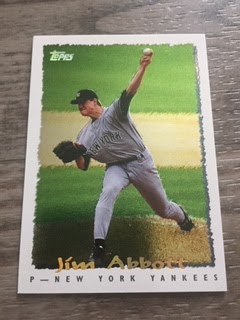 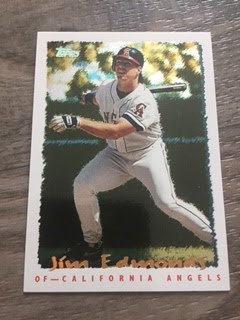 Jim Edmonds played for 17 seasons and was an underrated player in my opinion. Didn't get the respect for what he did. He played for six teams but I best remember him in California with the Angels. He had a .284 average and 393 career home runs.

Overall, I think I got my .80 worth. Probably with the Griffey card alone even though I have it and will pass it along to another Griffey collector.

Hope this Blast From The Past brought you back as well. There are many more to uncover in this series.
at June 01, 2019