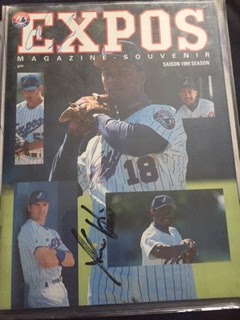 Today's mysterious unraveling is all based on this one Monteal Expost magazine from 1994 that was found in a plastic pocket for protection in the back of the binder in the lot. Like it was being hidden. But from whom?

The other autograph at the top was a bit harder to make out especially with the blue ink.

That's when we dig deeper into the evidence inside of the magazine where some cards were found. 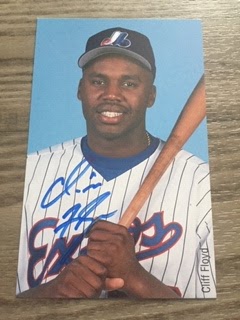 Hmmm....here it is. Cliff Floyd was the other one. It's sometimes is a mystery to remember the players that played for the Expos. Makes you wonder what could have been if they had kept them all? A pitching staff led by Pedro Martinez and Randy Johnson? Hitters like Floyd and Larry Walker? It will never make sense why the players weren't kept... 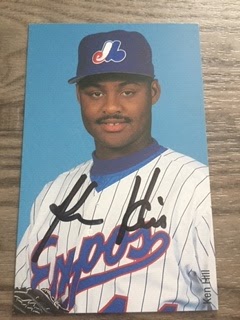 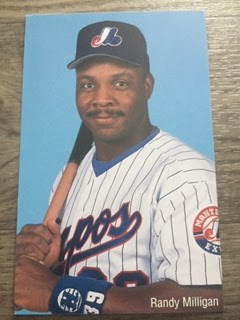 Randy Milligan was not only a name I didn't recognize, but his face in a lineup you may. A subtle smile... 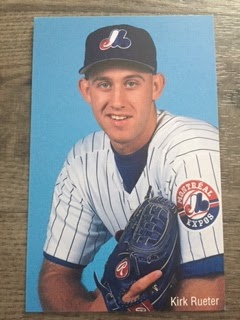 Kirk isn't having any of it. He was up all night at a party most likely. But, what happened at that party? His face tells nothing.

There wasn't much to explore today but plenty of mysteries that need YOUR help to be figured out.

This does it for Episode Four of Unsolved Mysteries. There is a lot of unexplained findings here with even more mysteries to unravel. Tune in next time for the FINALE and Perhaps YOU, can help solve the biggest mystery.
at June 11, 2019