I always like receiving and giving a nice surprise mail day. I find those are the best ones.

Just yesterday I was a recipient of one completely unexpected, well til the day before when Jon over at A Penny Sleeve For Your Thoughts (still like his blog name a lot) mentioned something heading my way, but it was still unexpected of what was to come.

He also said the package could be tracked so you know it wasn't going to be a PWE and knowing how much we have in common, I had no idea what was arriving.

The box wasn't extremely heavy so couldn't be a bunch of cards or even a head, but had some decent weight to it. 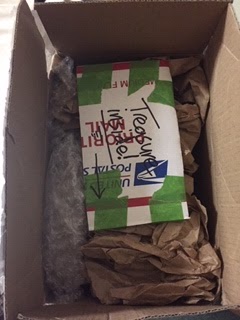 Without further hesitation and wondering, I ripped open the box..... Hmmmm Treasure inside, who wouldn't want to see that... 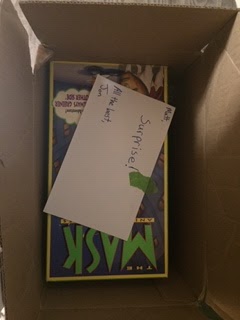 Surprise for sure! Completely unexpected mail day and contents and also an unexpected trip back in time with VHS tapes from my childhood shows. I always envy Jon who always finds great movies on his shopping trips he posts about. These ones by far were my favorites from what he has posted on his blog.

So let's see what Jon sent. 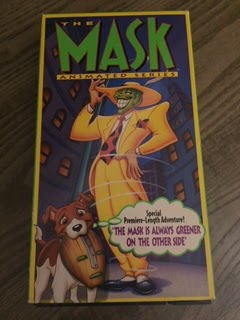 The Mask Animated Series. I used to watch a ton of this but haven't seen it since. Now I can re-live what once was. 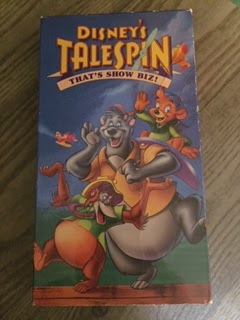 There wasn't one Disney Afternoon watched without kicking it off with Talespin. OHEEAY!(talespin) OHEEOH(talespin) 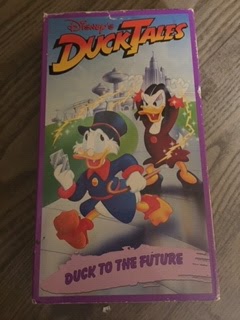 DuckTales...WOO HOO! I watched DuckTales twice a day. It used to come on at 6:30 in the morning right after Rush Limbaugh and in the afternoon as well. 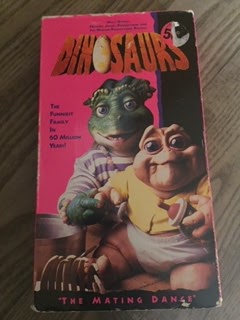 Honey....I'M HOME. I haven't seen Dinosaurs since the 90's. I don't have any DVD's of it or never find it on TV. I also don't have any of those fancy streaming channels/services like NetFlix, etc so I can't watch classics like this. 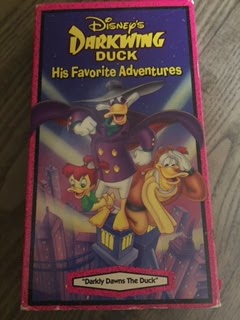 And finally.....LET'S GET DANGEROUS. Darkly Dawns The Duck is also the first episode in the series. Back when Drake Mallard, aka Darkwing Duck, adopts Gosalyn and battles Taurus Bulba. I won't go into any further details for now.....

I have further post plans with these tapes down the road so stay tuned for that.

A big thanks to Jon for the treasure trove of awesomeness and trip back in time. Great stuff that I will enjoy and treasure forever.

And yes for those wondering, of course I still have a VHS player.

Email ThisBlogThis!Share to TwitterShare to FacebookShare to Pinterest
Labels: 2020, A Penny Sleeve for your Thoughts, Darkwing Duck, Tale Spin, The Mask