Busting These Down Makes Me Feel Good

As everyone by now knows, there is something strange going on in my card collecting neighborhood as I have been spending my 2020 trying to complete the master set from Cryptozoic's Ghostbusters product.

2016 Cryptozoic Ghostbusters cards is more than just about the first movie, it covers other parts of the Ghostbusters universe by bringing in the Real Ghostbusters Cartoon along with the IDW comics as well. A lot of fun for the fans in this one. I just wished they had brought a few more of the bigger signers in and some of the second movie which got no love in this set. My hope is that they will come out with a second series at some point.

I have so far completed the autograph set, the base and all five chase insert sets and have begun working on the memorabilia sets and parallel sets.

Unlike Psych that I completed the whole master set of, the Ghostbusters one will be near impossible to ever completely finish. The cards have started to diminish on eBay and other sites and the odds for what I have left to chase weren't easy hits.

I have completed some though and have found a few others towards my sets and thought it would be fun to show off some of those recent adds.

The coolest "hit" set within the product is the Totally Fabricated Slime cards. There is only 6 in the set but they fell tough at 1:200 packs.

Fortunately,  I found two recently but still only have half of the set and from what I can tell, no others have been listed in.....FOREVER. 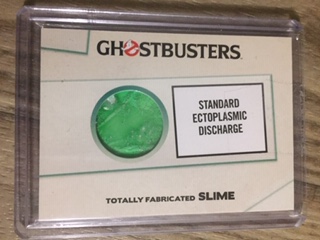 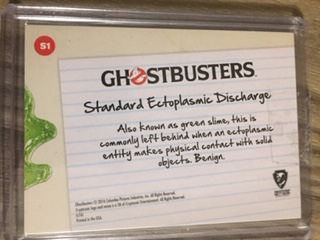 Standard Ectoplasmic Discharge which is card number one in the set 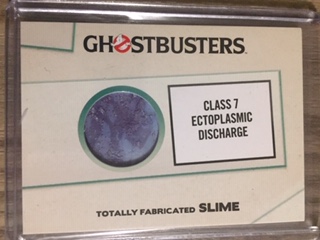 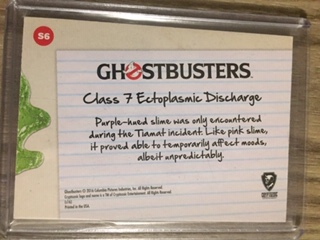 Class 7 Ectoplasmic Discharge is the final card in the set.

Once again, other than the autographs from the product, those are my favorite cards. Cryptozoic did a great job overall in building this product properly.

Here are my remaining needs if any of you see them in the wild
Falling at 1:96 packs are the Totally Fabricated Patch Cards. These weren't too hard to complete as I bought a lot that contained all but two of the cards pretty cheap. 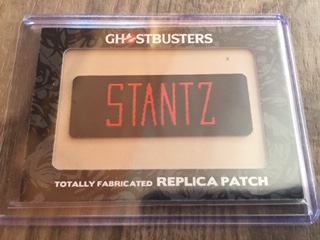 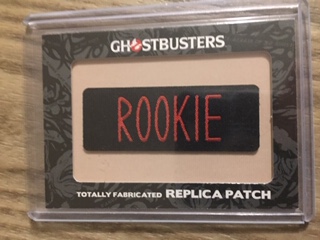 Then is the binder exclusive Rookie Patch that finishes up my 9 card set
BOOM THAT GHOST IS CONTAINED!
Along with autographs, slime and patch cards there were also parallel cards to all base and inserts. Those weren't going to be easy to find as well. 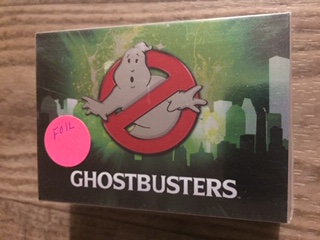 First, I needed the foil parallel to the base set. Worked out a deal with a guy and landed it without giving up my soul. There are 54 cards in this parallel set and they fell 1:4 packs. 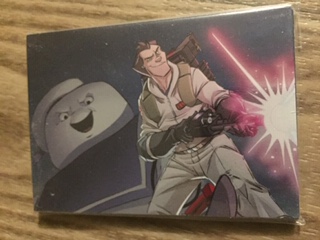 Tricks And Traps foil set. Same odds as the base. 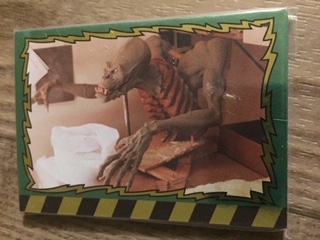 Behind the Scenes foil set 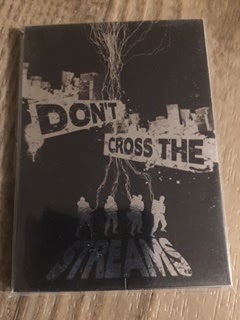 And Quotes Foil set.
I still have two more foil insert sets to find in Sing For Your Specter and Character Bios. Hopefully they will pop up as a completed set at some point so I wouldn't have to try and piece it together. There is also a Tricks and Traps Cryptomium set which is basically a chromed version of that insert.

What I haven't mentioned yet is the 1/1 sketch cards and 1/1 Animation Cel cards that are also in the product. When it comes to those, I don't consider them apart of the main chase as they are 1/1's. You're never going to get ALL of those. So, when it comes to those, I will just try to add what I can when I can. The main chase is the ones I need above. So far I only have one Animation Cel and two sketch cards.

Oh yea, there are 1/1 printing plates to.

I knew what I was taking on when I decided to make the chase for this product. I think at some point the parallel sets will be found so it basically will be if I can find the remaining three slime cards which may never happen and I will just have to deal with it cause WHO AM I GOING TO CALL?
at February 17, 2020