I Subjected Myself To A Red Sox Card

Free Stuff Friday has become a great idea in the blogosphere started by Jon that Brian over at Highly Subjective and Completely Arbitrary has recently joined in on as well. I may at a later date join in as well once I get some stamps.

I claimed a few cards from Jon's second post and claimed one from Brian's that may surprise you.

Being a Yankees fan and Red Sox hater, the last card you would suspect me to claim from a free Friday thread would be a Red Sox card. 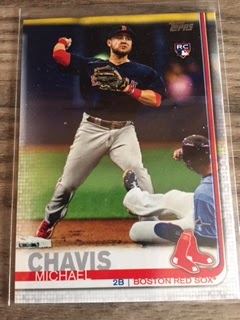 One thing to keep in mind on this claim of Michael Chavis is that I collect rookie cards as well from any team and any sport despite my hatred of some teams. Ugh.... Red Sox. 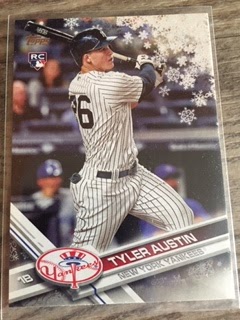 Tyler Austin rookie. I had considered doing a PC of him, up until they left him to the Twins. That was the end of that idea. 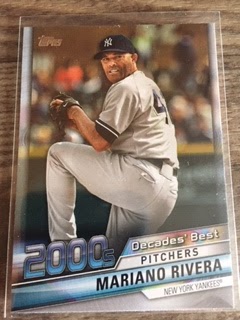 I didn't have this Mo. He definitely was a decades best if not the best closer of all time. 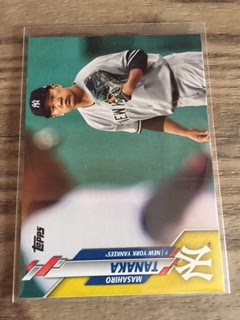 And my first look at a Yellow parallel. So didn't have this Tanaka. I like the stare down on this card. Topps did a great job with the photos this year for Series 1. My only knack, is the parallels and how they are done. Wished they had a better way of showing them off other than a small color swatch on the side. Maybe have made the whole card yellow.  Just me.

Thanks goes out to Brian for the freebies, much appreciated!
at February 27, 2020