Well, well, well. I had no idea when I busted this box to review of Contenders how hot the product was. No idea. It's so hot that the original pricing for hobby boxes I believe was under $200 but now appears they are selling up towards anywhere twice plus t right now.

This will be the first year in a long time I haven't opened any Contenders football with no such chance in sight, but at least I got a taste of my favorite Panini product and their popular autographed tickets with basketball.

Guess it's time for you to sit back and see why this product is so hot. 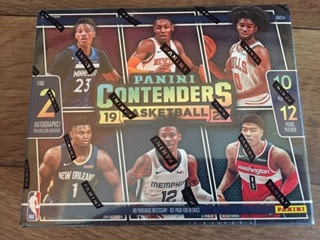 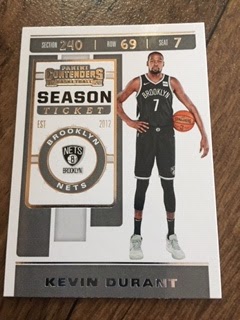 Typical layout design for the base this year with Contenders sticking with the ticket theme like it has for many years. 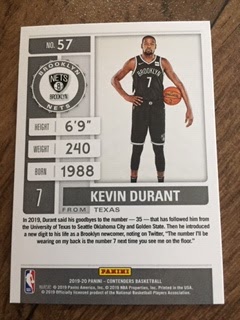 (Card Back) There are 100 base cards in the set and the set consists of veterans. 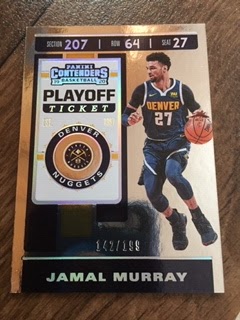 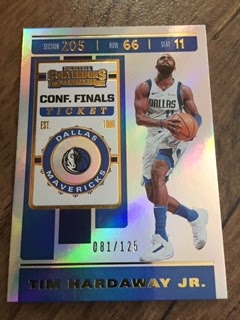 Conference Finals /125. I like the rainbow shine on these 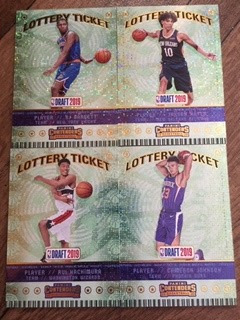 Lottery Ticket has 14 cards to collect. They have a Hyper parallel look to them. 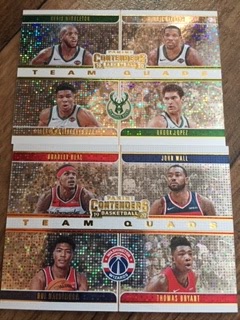 Team Quads looks like the other inserts in the product. 30 to collect of your teams four best players. NOt sure how they found four on my Knicks. 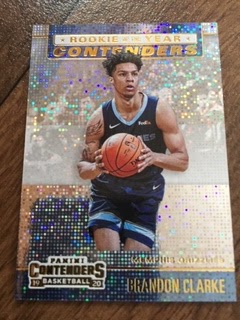 Rookie Of The Year Contenders. Couldn't find info on how many in this set. 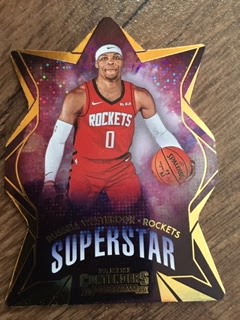 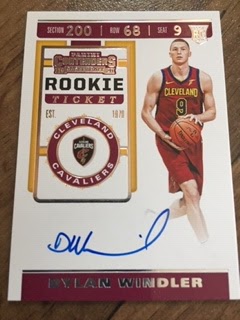 Dylan Windler....who? I didn't know til I Googled him. Was the 26th overall pick in the draft and is out for the season with a leg injury. 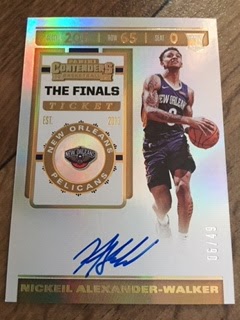 Nickeil Alexander-Walker The Finals autograph ticket /49. He was the 17th pick in the NBA draft and averages 6 points a game.

Other hits not in my box but could be in yours include...
OVERALL THOUGHTS: Well, I am and always have been a fan of this strong product but cutting back to two autographs and paying close to $400 for a box is scary. My box didn't even reach $100 in value. it's all apart of the hobby gamble though as there is plenty of content that could lead to a big payoff now or one later on.

It's not particularly one this blogger will take but it's always fun to rip a box of Contenders.

Please thank the WONDERFUL people at Panini America for providing me with this box to review for some upcoming giveaways. Here are many places you can find Panini America: official site, blog, Twitter, and Facebook.
at February 01, 2020