Kerry Collins Of The Week Part 3

We are already into Week 3 of the Kerry Collins adds and this week there is many more and many more boomers as many of you would call it.


However, it's the first card this week that intrigued me the most. I paid .99 for this card and didn't see it's condition at first til it arrived. 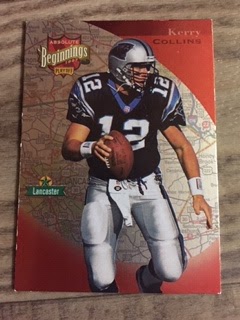 But, it's not just the obvious chipping that bothers me about this card. 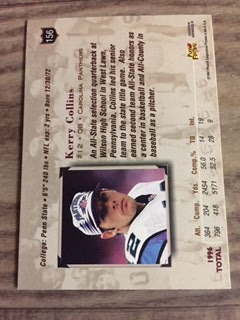 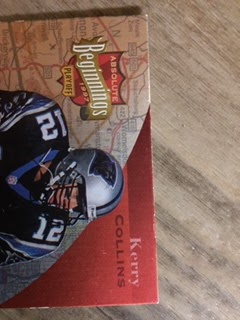 It's the top. Do you see something wrong with the red along the top? 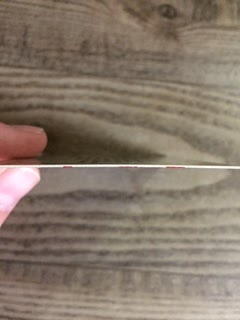 Oh look, the seller colored it in with marker. How nice. The reds look like they match from far away, but when you see this card up close, well, there is a bit off and then you turn it sideways for more obvious coloration. I will need a replacement for this card for my PC as I won't count this one. 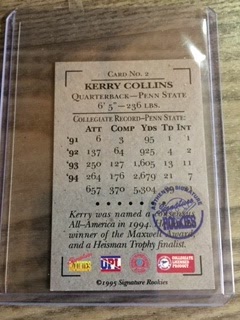 This one popped up for $2.99 and free shipping and I was like, oh yeah! Snagged it immediately. Beautiful card. 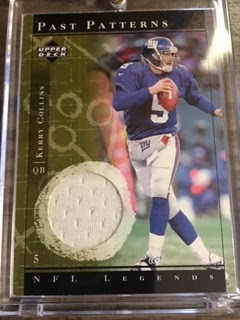 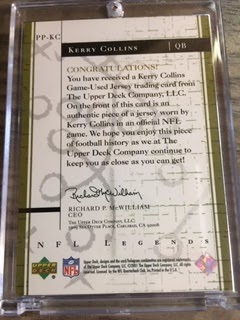 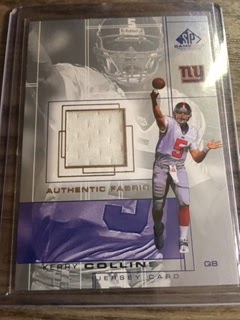 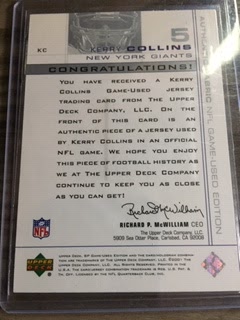 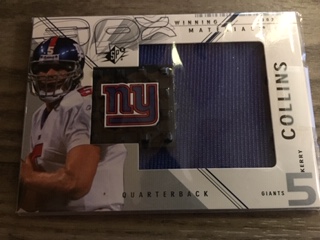 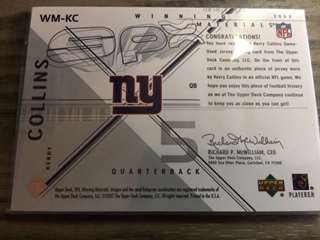 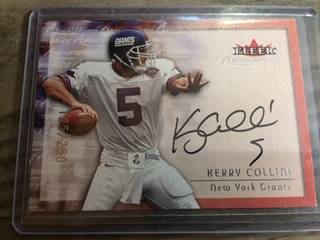 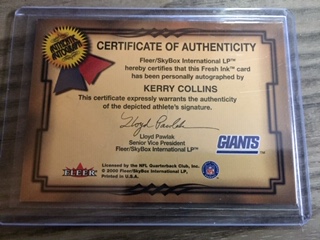 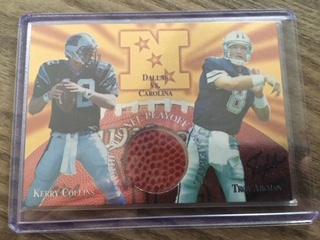 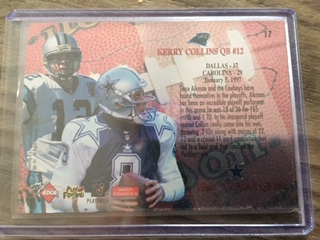 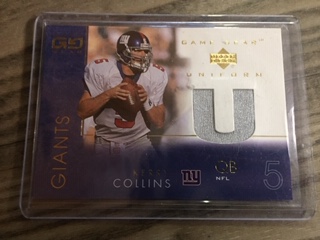 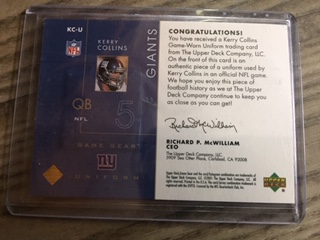 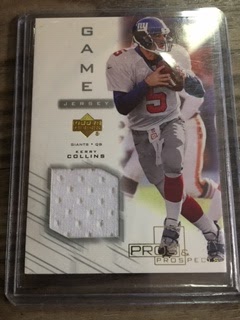 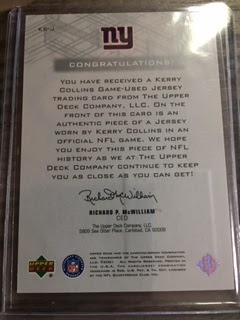 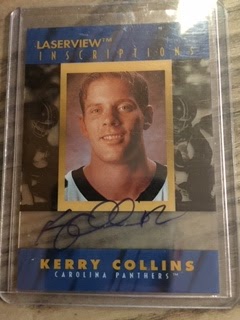 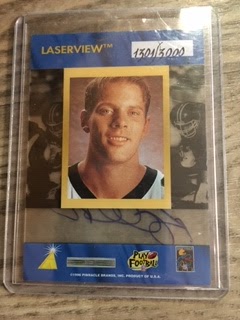 I was quite impressed with the condition of  the 1996 Inscriptions as a lot of those fade over the years. This one must have been stored right and I now need to store it right. Luckily I have a big shoe box for my Collins PC.

Thanks for checking out this weeks adds and let me know which card was your favorite this week in comments!
at February 08, 2020