This is probably one of the only times a forgotten place is one the player currently plays on.

But when we all think Ichiro, don't tell me you don't picture this.... 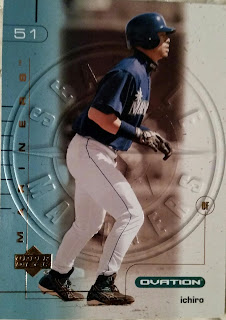 Even as a Yankees fan I picture him in Seattle first before NY.

It's a place he played for from 2001-2012 and where he put up some incredible numbers. Then he came to NY for three years and sorta got put on the back burner, but since it was NY, you still knew his name. Now he sits in Miami where you barely hear a word about him unless the 3,000 hit talk happens.
I sometimes forget he is still in the league or even plays for them til I stumble upon a card. And even then I am like, "he plays for the Marlins???" 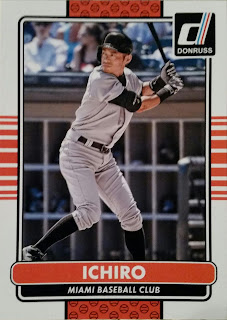 I am sure most of you don't feel this way but that's how I feel. Miami has been a forgotten place for many players (except a few) and as a collector I was hoping he would head back to Seattle to end his career and maybe get his 3,000th hit for them.
What do you guys think? Ichrio+Marlins? Do you agree it has been a forgotten place?
at July 14, 2016