Unexpected is what comes to mind when I first ordered this box of Hot Rookies from Steel City Collectibles. I kept seeing the complaints line up on Twitter on how awful this product was and how unimpressed they were by it. But, despite the hearsay, I wanted to give a box a go myself and boy am I glad I did. I have no idea what they were complaining about as this product was probably one of my favorites of the year up to this point. 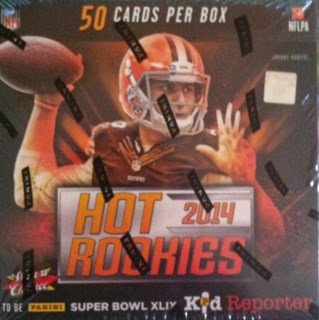 Panini Hot Rookies 2014 has a interesting opening experience. First off there are 4 packs per box. Each pack has a different amount of cards and what type of cards are in it. Here is the breakdown:
Pack #1: Hot Rookies Base Cards
Pack #2: Rookies
Pack #3: Inserts
Pack #4: Autographs
This not only made it fun being able to save the hits for last, but made me look forward to opening every pack.

Right now you can find most boxes of Hot Rookies priced under $55 which is a STEAL by my standards.

When I saw the previews for Hot Rookies that Panini gave way back in the summer, I was curious but at the same time concerned that they used the same design from Score.

The base cards in my box were all numbered, they aren't usually, meaning I got what was considered a HOT BOX or HOT PACK. Only pack 1 and 2 contain HOTNESS where the cards are all numbered and I think this box was extra hot with the amount of parallels I hit! These boxes fall one to two per case. 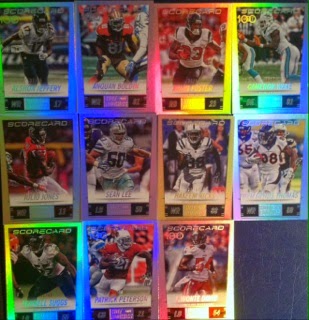 The rookie cards I pulled. 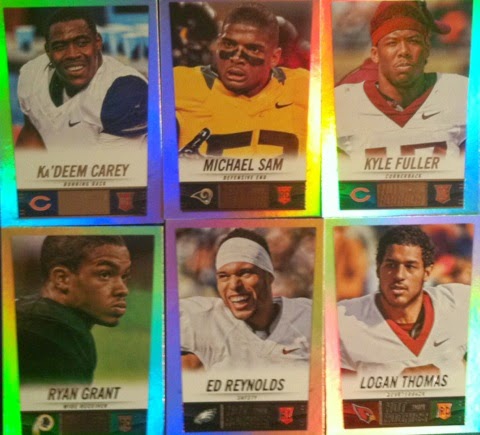 ODELL!! And a numbered Scorecard to 99. 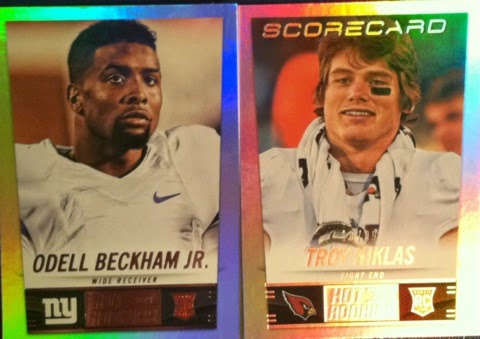 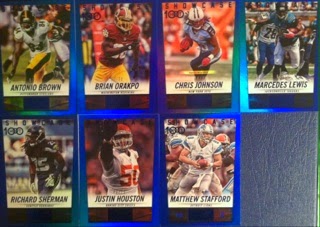 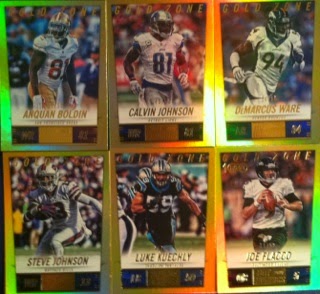 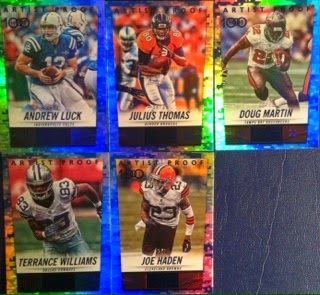 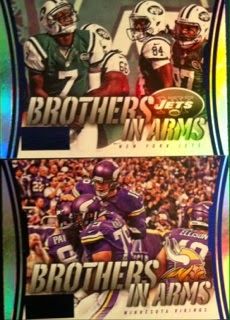 Hot Rookies. I think it would have been fun to had included these as the rookie cards in the base set.

My autographs. Mack was a nice one! 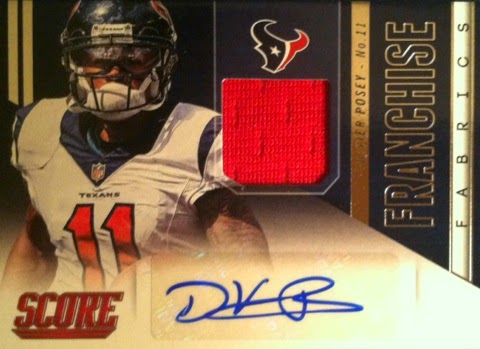 Overall, I was shocked. 4 hits, many parallels including three numbered to 20 and a price tag of $54. Not to mention every card is beautiful. I would like someone to point out a better product and pull ratio for that price. This was also a hot box so I am curious to see what a regular box contains and you will see such a break in the future.

Panini Hot Rookies left me wanting more and it should to you as well..
at December 01, 2014