The Past, The Present, And The Future!

The final part of my trade mail day with @90sNicheFBCard is simply a hits gallery with many different Giants from The Past, The Present and The Future!

So let's get this party started!

Paul Perkins didn't seem to live up to the hype last year as Darkwa and Gallman seemed to provide the Giants more on the ground than Perkins could even provide. He actually ended up fourth on the depth chart at one point and played special teams. Jerrel I don't think the Giants gave enough time to. He could have done so much more and showed spots of big time talent when he got out there. 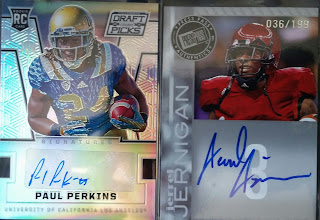 Odighizuwa had off the field issues and was gone. Which is sad because he had an upside. Of course, no bigger upside than Odell Beckham Jr. If he comes back completely healthy next year, I think defenses better watch out. He will want revenge. 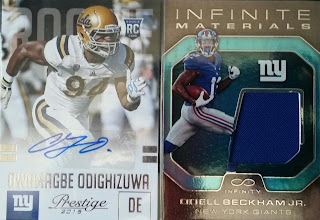 Another Perkins. I do like the design and the swatches on this one. His auto could use some work. 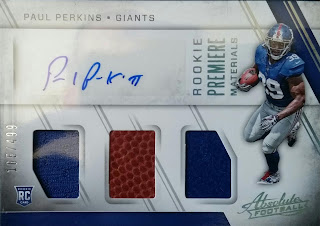 The star of the defense. Landon Collins was the only Giants Pro Bowler in 2017 and is continuing to impress me. I am so glad that the Giants moved up and snagged him. He will continue to have a bright future down the road. 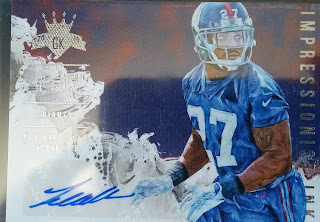 Speaking of Pro Bowlers, this guy was certainly a snub. I don't worry too much about this yet, he will definitely prove them wrong next year. Just gotta work on his hands a little more as he had a few key drops in 2017 but also made some incredible plays. 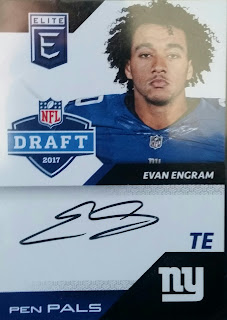 Davis Webb. Why, oh why won't the Giants give you a shot. I loaded up on his autographs in preparation that he was the next QB for them. So far, it's sounding like a 2nd overall pick of a QB which means Webb could drop to third on depth or be cut. This could be some serious untapped talent waiting. Either way, I now own this beaut. 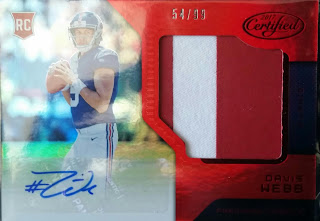 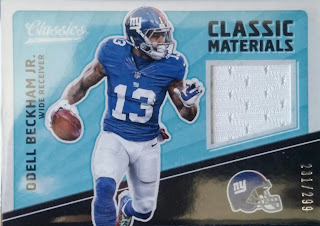 Absolutely love this card. Nice swatch and Shockey was the man. 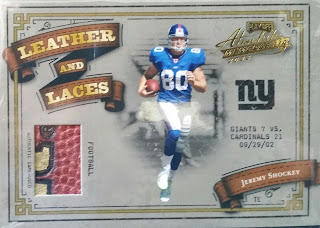 Michael Cox, well, was a Giant too long. I would guess they didn't like his signature. 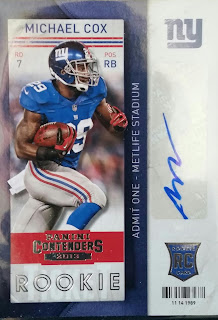 Janoris had a rough 2017. He was exposed a few times and even looked to had given up on plays especially in the game vs the 49ers. I still think that all stemmed from Coach Mcapoop. I think we see the real Janoris shutdown corner Jenkins in 2018. 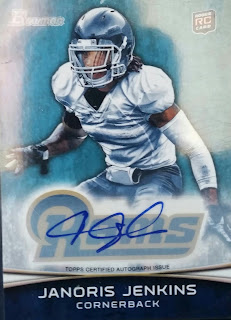 Only my second memorabilia card of the great LT. This one is a VS with Jim Kelly who was a great QB who simply couldn't win the big game. I think a Joe Theismann vs LT dual relic card would have been quite interesting one for those of us who remember that game. 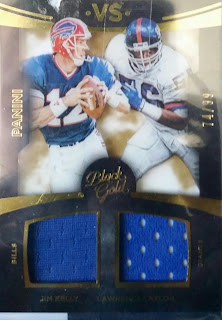 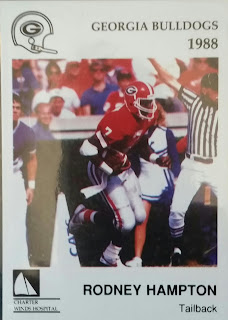 And speaking of tough Rodney cards, I spotted this co-signer auto I needed on eBay and Bryan was great enough to snag it for me. I am currently only missing one more in my search of Rodney.

This co-signer is with the great Herschel Walker who once played a short time for the Giants. 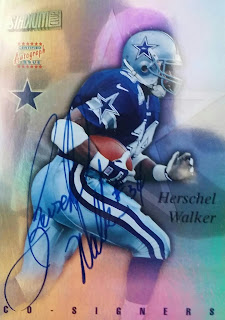 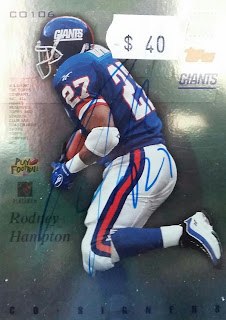 And if all of that wasn't enough, he also sent along some custom made card standees. I will have to take some pictures for another day with them in use. But I will say he did one great job. 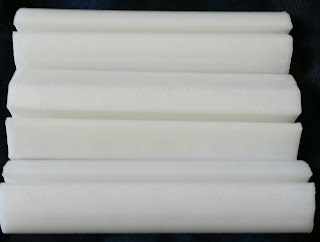 A big thanks goes out to @90sNicheFBCard for yet another epic trade. I look forward to our next trade.
at February 22, 2018