Okay, Okay, I know, I know. I once again got sucked into the hype of the hobby, first with hunting down Zion, which I still haven't landed and now it's Lamar Jackson.

I think the Lamar hype became real again for me after I traded away my best two cards of him so I wanted to replace those with something and was hoping to do so by ripping some packs. This isn't going to be the only blaster box in this mini series. There are four.

Did I have any luck with them? Did I pull it in this one? Well check it out below, 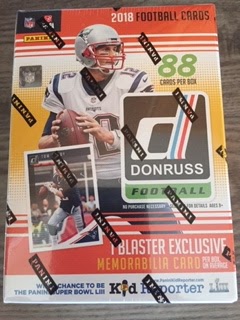 I landed this blaster box for $15 shipped which is pretty solid knowing how much Lamar has gone up. 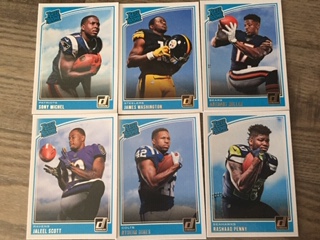 And we have a no. No Lamar in this break and not even a NY Giant or Saquon rookie. But Anthony Miller was a great find along with Michel. He is putting up solid numbers. 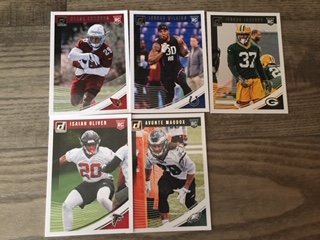 No Giants to be found here. 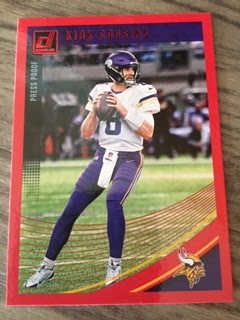 My red Press Proof was a QB, just not Lamar. It's Kirk Cousins which if far from Lamar. 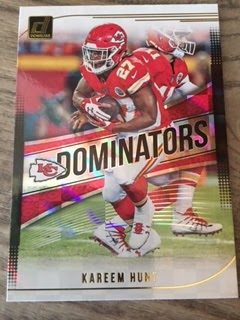 Dominators Kareem Hunt. So much I can say about that... 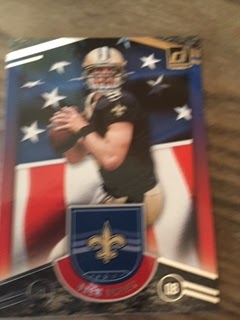 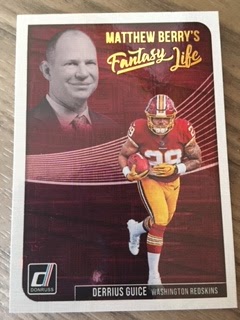 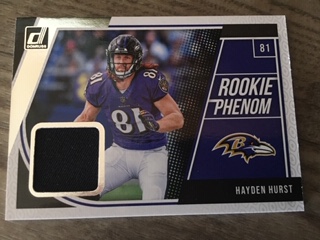 Well, there are a few decent cards in here so it wasn't a complete bummer. I really like the look of those Matthew Berry inserts and there was really a low risk/high reward with this box break. I also have been a fan of Donruss football since Panini has done it so that's fine with me as well.