What seemed to originally look like a long drawn out trade with Dion's Autograph Collection blog turned out much shorter as I was "forced" to the Post Office to mail out another package. So I figured while I was out, why not finish up my trade with Dion as well.

It's really odd to write the words "forced" and Post Office but with this whole Covid thing going on, I am avoiding going out as much as possible.

But, with a couple of big PC cards that could be had in these trades, I pushed myself and went to get these completed.

Dion had recently acquired a lot of Giants cards and he knew the collector to come to first and here we are. One thing to note, not all of the Giants cards from this trade will be featured in this post. You gotta check out SNAGGING CARDBOARD if you want to see the rest. 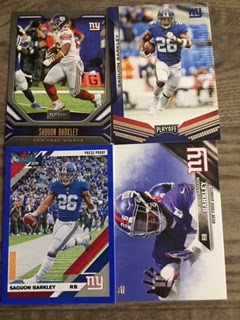 Up first, some Saquon. The bottom right is a not a Topps rookie, but someone using the Topps design. I have had my eye on these just because they look cool. 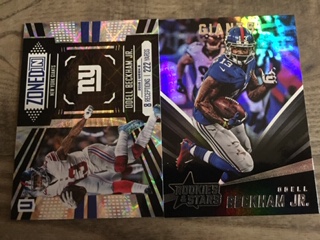 Odell Beckham Jr. Just a couple of the ones I grabbed from Dion 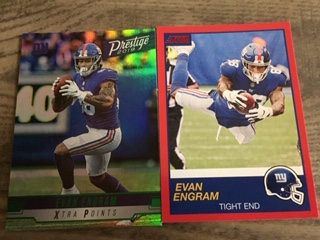 This guy is going to break out soon, I just know it! 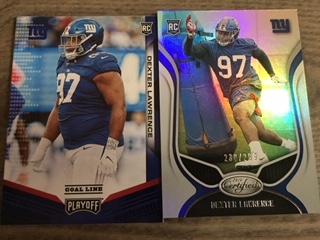 Dexter will have a big role in the Giants defense next season. If they are going to get better, it's gotta start with this guy 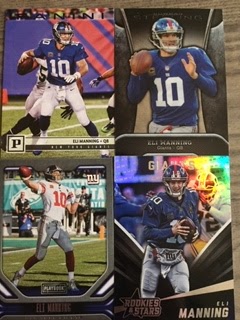 Eli! Going to miss him. Glad there is so much more cardboard I can collect of him 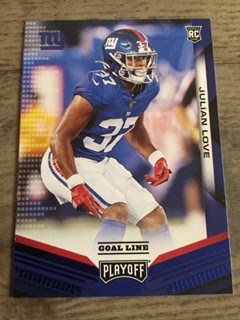 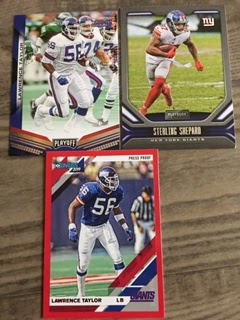 LT needs no introduction and then comes a Sterling player who hopefully will be healed from multiple concussions. This offense needs him and he doesn't  need those. 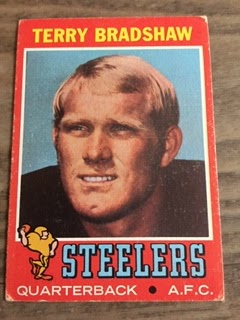 The final card, this is one of the biggies I spoke about, Terry Bradshaw rookie card! Dion had some rookies up for grabs including this one and to my surprise nobody claimed it. So I did. Been wanting to add more to my Hall Of Fame rookie card collection and now did.


Big thanks to Dion for the trade. I know we will do another as we are already working on the next one.