Last year, my buddy Shane over at Project Pedro blog and myself pulled off our yearly end of the year wax trade where I trade him cards and he trades me some cheaper football card boxes.

My original intent with these boxes was to post them on an all 90's blog I created at Cards To Talk (now if Coffee Over Cards) About. However, with content getting very low on here, I had to sacrifice their box breaks there and move them to here since this blog takes priority over any blogs I create. But, don't worry those of you who followed that other blog, it's not the end of it. I have plans down the road for more 90's content there once we have moved past this Covid-19 situation.

In the meantime, you can continue to enjoy new content here such as today's box break of 1995 Stadium Club football Series 1.

Back in 1995 I opened a lot of this stuff. I loved the design, photography, subsets and especially inserts. I hadn't ever though broke a box of it til now and it was everything I had hoped for.

Let's check it out here, 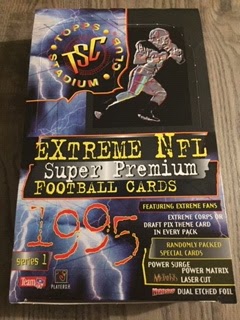 In every hobby box of 1995 Stadium Club Series 1 football, there are 13 cards per pack an chances at some pretty slick inserts. 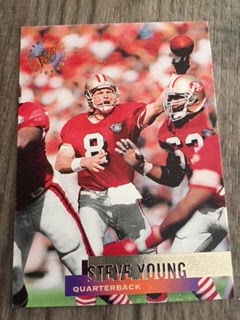 The base set is 450 cards deep in Series 1 and 2. The design is basic,clean and full of fun photography like you would expect from Stadium Club.

Here are a few of my favorites from the base set for Series 1, 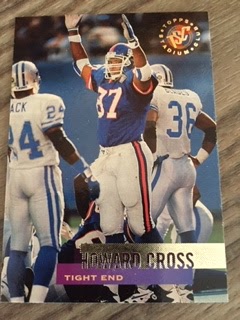 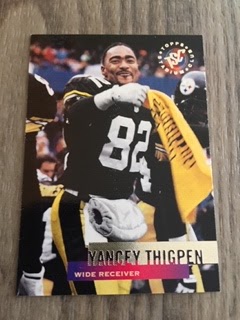 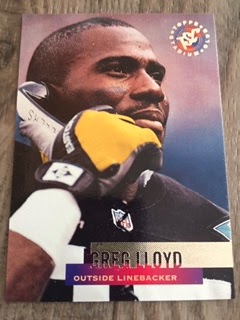 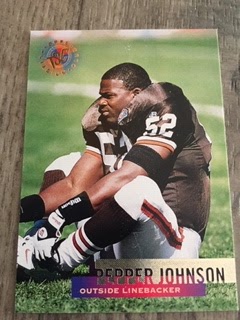 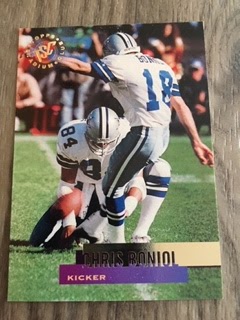 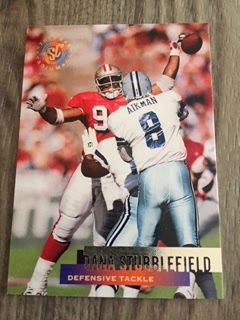 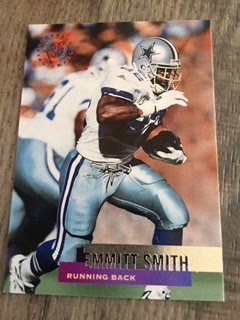 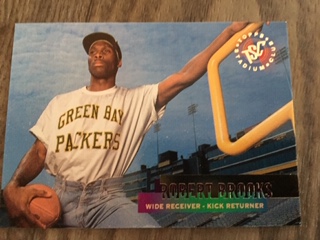 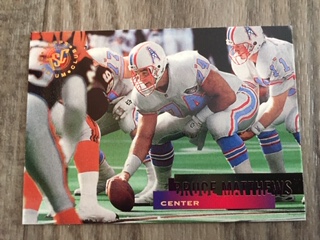 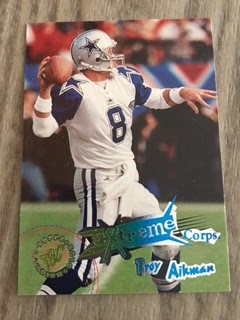 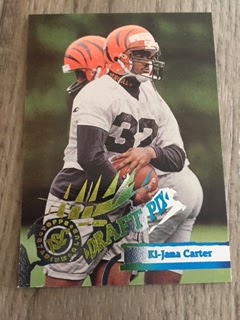 and of course, Draft Pix. You can't have a product without rookie cards. I think those of us who collected in 1995 will always remember the name Ki-Jana Carter.

I pulled three inserts in my box. All three fell 1:24 packs. 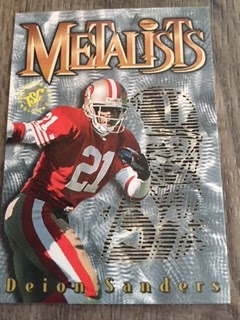 This Metalists, chasing the set by the way, is laser-cut next to the featured player. 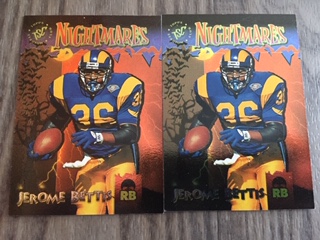 And well be darned, I pulled two Nightmares of the same player. Sigh. These are etched foil awesomeness regardless.

And that doesn't for this break. A couple cool inserts, some unique base cards and a really fun trip back down memory lane. I hope to bust another one of these sometime just for the fun of it.
at May 13, 2020