After seeing a break of this I really wanted some.Each Blister or what I call hanging box, comes with 72 cards that's a nice mix of rookies, vets, inserts and a jumbo relic card for $14.98 which I find as a better value than the Blaster Boxes that basically come packing the same thing except a manufactured jersey card. So I find saving $5 and getting at least a jersey piece the players wore a much better deal. Not to mention, the odds of pulling Sp's are in your favor as well. 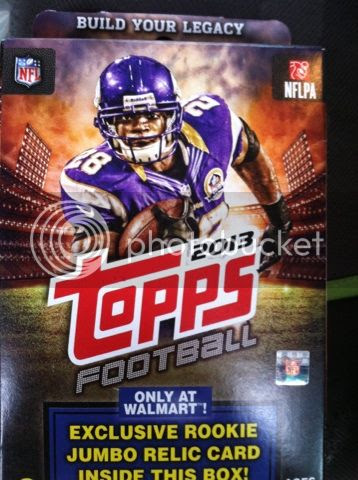 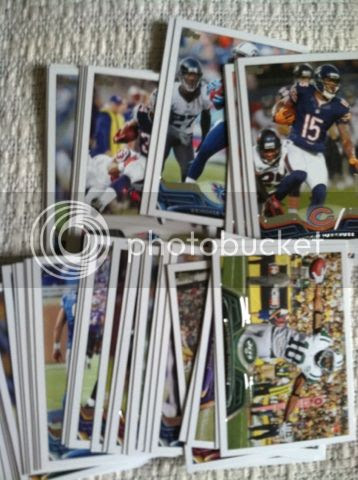 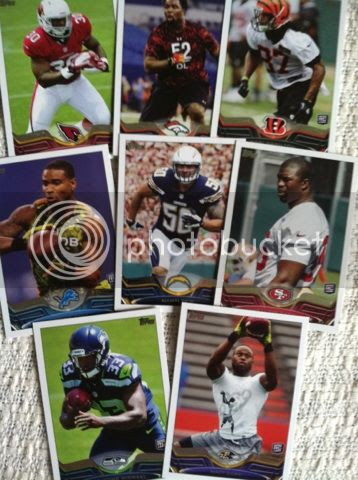 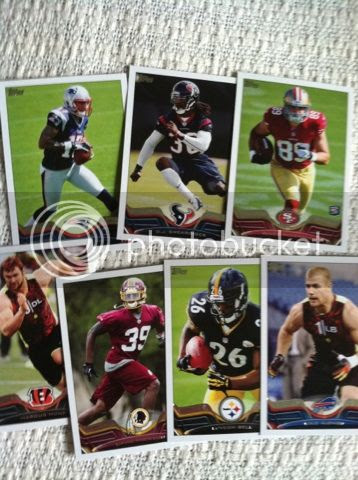 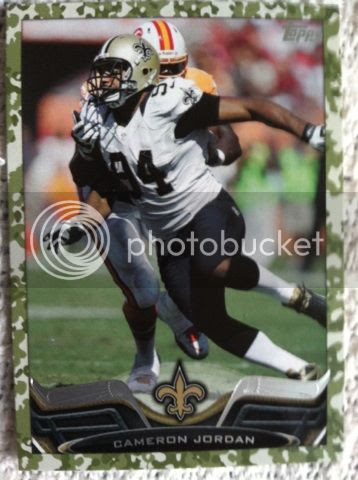 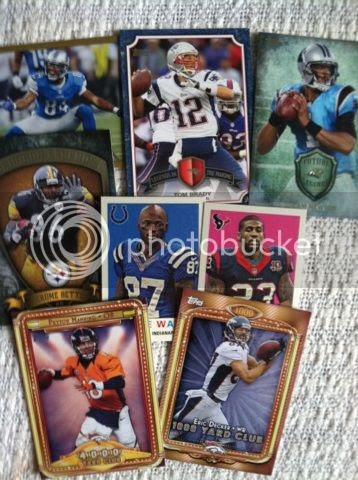 And the jumbo relic: 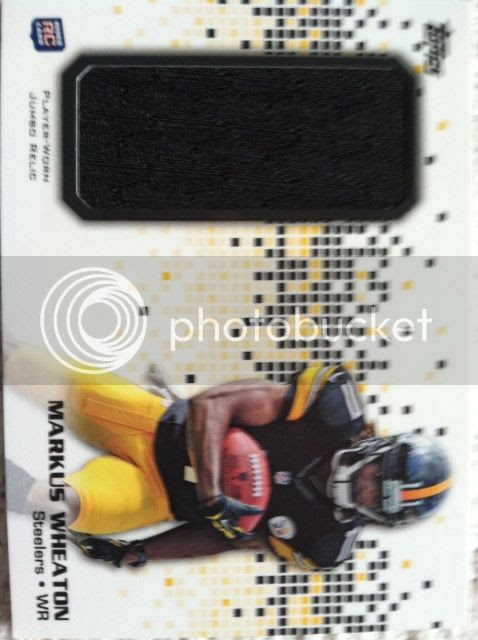 I don't know if this is what you call a "Jumbo" Relic or not but it's still pretty cool. To me, a Jumbo relic would be about half of the card. This is a little bigger than normal size swatches but I guess there is no word for medium size relics. I also like getting Wheaton since I believe he will be a future star with the Steelers as he showed his potential in the preseason.. Especially in an offense lacking.
Let us know your thoughts on this break and if you find busting one of these better than busting a blaster box.
at October 23, 2013