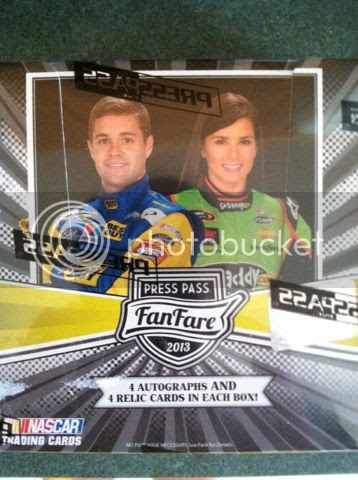 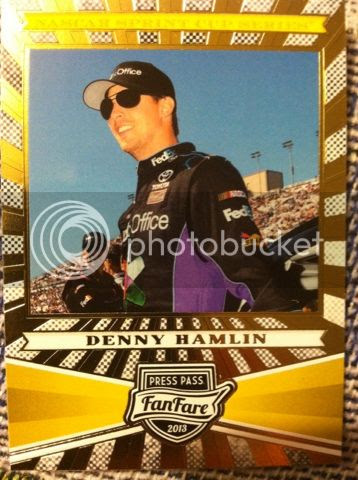 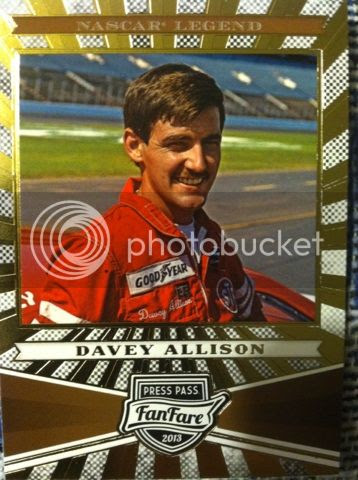 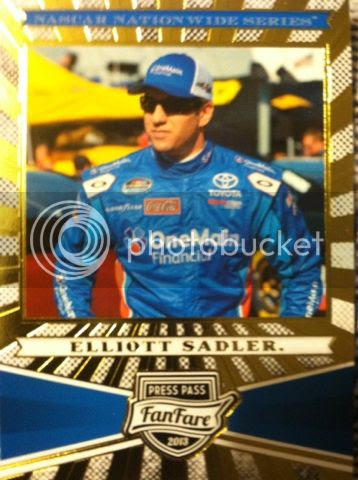 BASE CARDS: Press Pass has always been very impressive with their NASCAR products and there are not many Press Pass Racing product I don't like in terms of creativity and design. I like this design cause in NASCAR there are not too many action shots you can get with racers so most pictures are taken of the drivers themselves. So with most portraits you want to get an impressive frame for them. And Press Pass did just that here. 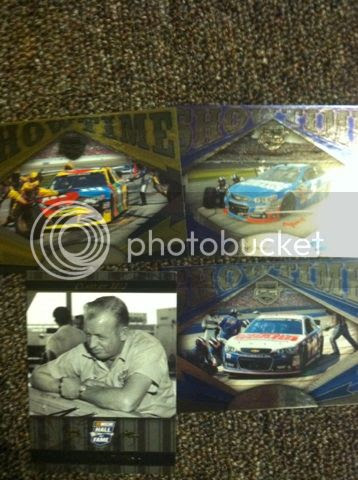 INSERTS:Press Pass sticks with their basics and to foilboard One of their favorite things to do with their inserts. The designs are not bad either. And you get about one insert, sometimes two, per pack. There is nothing wrong with sticking with something you are good at. 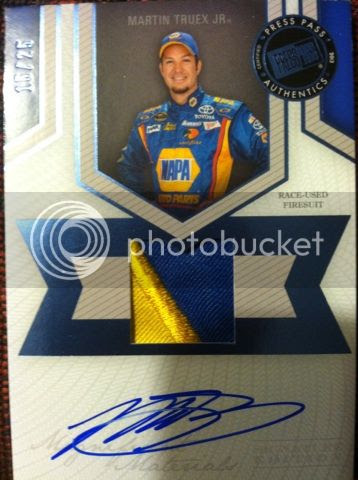 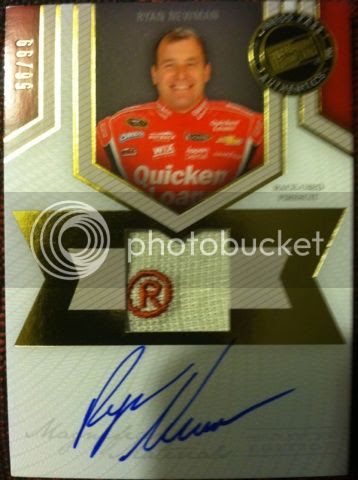 This prime piece with an R we thought was awesome. Not to mention with his name being Ryan, this was a bonus. 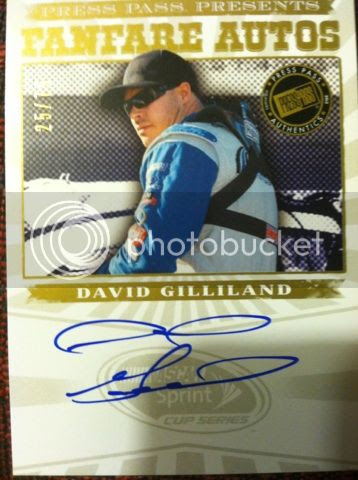 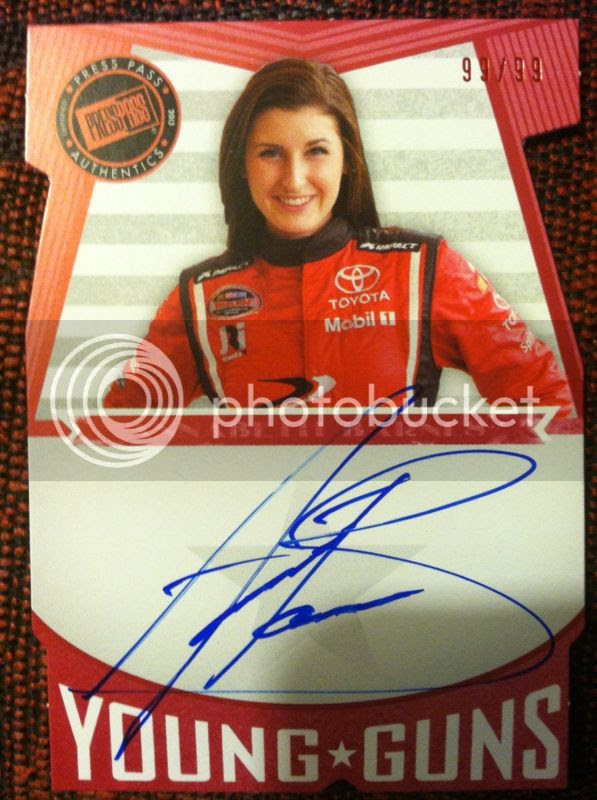 AUTOGRAPHS:  Some sweet prime swatches used in the auto memorabilia cards. The Truex is cool, but that Newman with the R in it was definitely an eye getter. All of the autographs we pulled from the box are also on-card. In each box you will land 4 autographs. Overall, there are four levels of FanFare Autographs to collect. 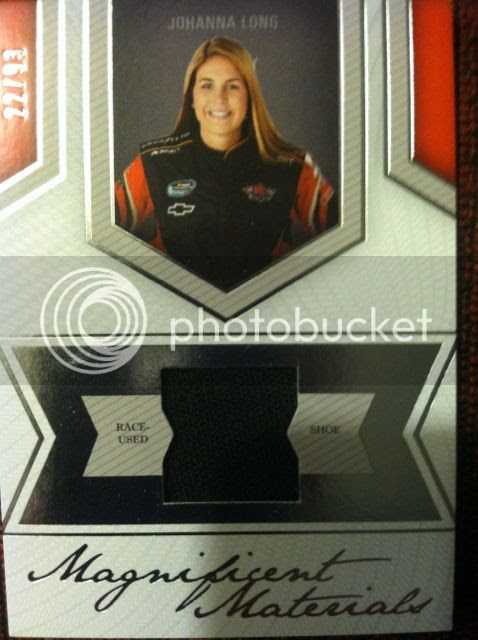 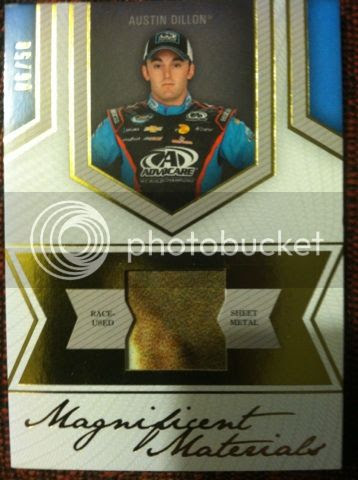 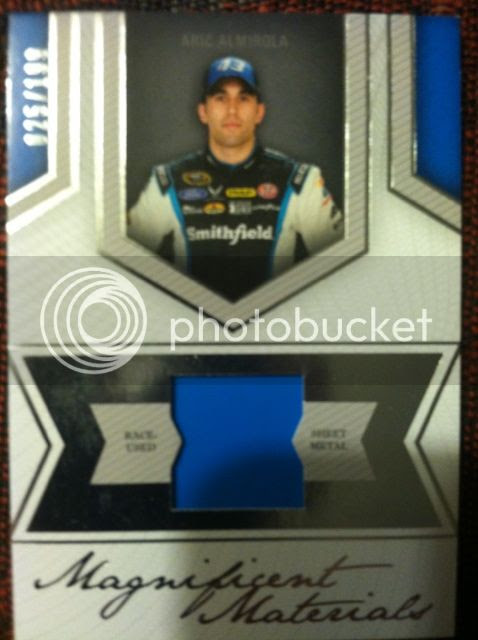 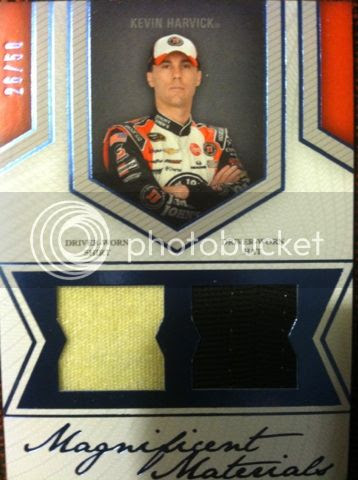 JERSEY/PATCH CARDS: The many pieces that Press Pass uses in their racing cards is an automatic win. They are very creative using Sheet Metal, Shirts, Hats, and many more. Most of these pieces you can see have been used and you will not question the authenticity. And most of the pieces are very unique and prime. Look at the Austin Dillion above..very cool.

The design is very balanced. Not too much player. Not too big of writing. And not too much blank space. It is split up into thirds perfectly making for a nice memorabilia design that other companies should take note of.

OVERALL THOUGHTS: You don't have to be a HUGE NASCAR fan to appreciate Press Pass racing cards. Design is nice. Memorabilia is creative. And on card autographs. Once again, another big Press Pass racing winner that reaches the checker flag.
at October 31, 2013