Last summer I went to one MASSIVE Yard Sale and came across a huge amount of sports cards, mainly baseball, that I showed off on this blog. I also have spent the last 6 months sorting through them. Finally I have them in piles I want them in for now before I move onto the next round of sorting, but I did notice quite a few doubles along the way. Normally I stick these doubles into huge yard sale boxes that I give away or sell real cheap to kids hoping to entice them to continue on with the hobby. This time I decided to yank some out to share with you guys.

So throughout the baseball season I will be randomly picking times to give some away. They will usually consist of 5-6 80's and 90's base cards but of stars such as Ken Griffey Jr, Derek Jeter, Tony Gwynn, Frank Thomas, Nolan Ryan, some 90's baseball inserts, a few Yankee card lots, among other stars including today's featured giveaway lot of Cal Ripken Jr. Some players will have multiple contests so keep checking back in.

Here is the healthy assorted lot you are entering to win: 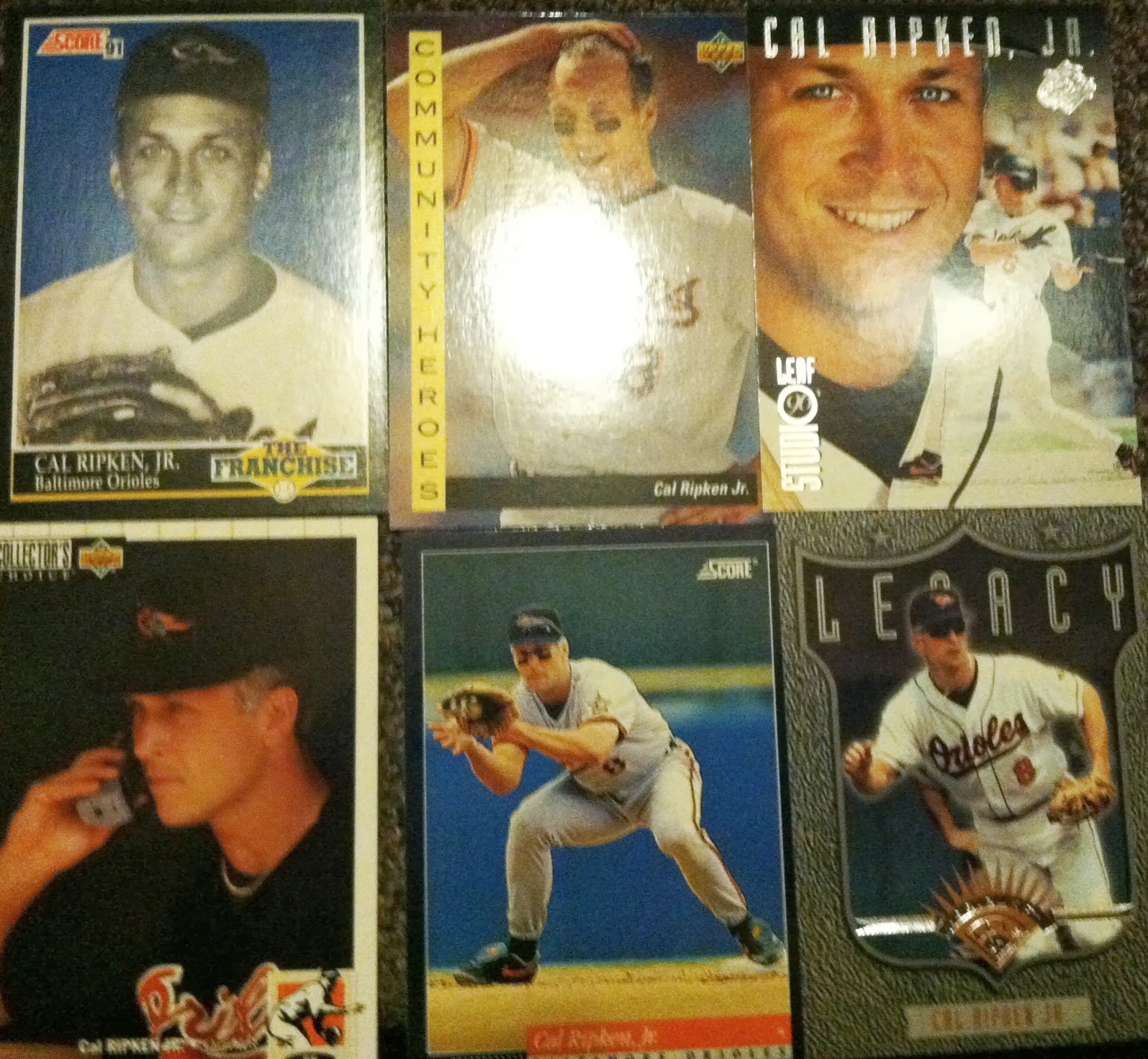 All you have to do to enter is to tell me which team you are picking to win this years World Series. Like I said, will be very easy to enter. There are only two rules, one, this contest is OPEN TO U.S. RESIDENTS ONLY (sorry), and you gotta have fun.

Entries for this contest are due by March 16th 2014 by midnight and a RANDOM winner will be announced on March 17th 2014.

Good Luck to everyone that enters and thanks for supporting this blog!
at March 09, 2014