Calling In The Rooks

As all of my readers know, I love my rookie card collecting. It has been that way since the beginning of my collecting.

Even back in the late 90's I was chasing rookie cards. Kordell Stewart, Travis Lee, Allen Iverson, Peyton Manning, Donovan McNabb, Ricky Ledee, Derek Jeter and so on and so forth. I had to have at least one of each player.

The last couple of years I haven't had the funds to pick up much football rookies and missed out on some key guys. I still don't even have those guys today and it bugs me to no end. You know, my Hobby OCD kicking in.

So when I had the opportunity to trade for some guys I was missing for 2018 and knowing I wasn't ever going to be able to add them any other way, I jumped at the chance.

This is only a small sampling of my trade mail day from @Brent3323. The other part is waiting for Big Blue Sunday's so that alone is telling you where that's going.

Here are a couple of rookie autographs, 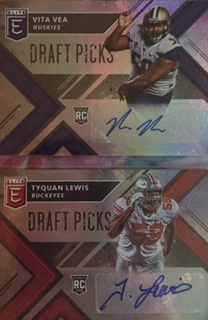 And now the onslaught of top round talent. This isn't even all of them as I only took pictures of the big named guys. Of course that doesn't mean that others can't become big names but for now this is the talented "right now" guys.

Josh Rosen, So far he hasn't played so great and makes me glad the Giants avoided him for Saquon. 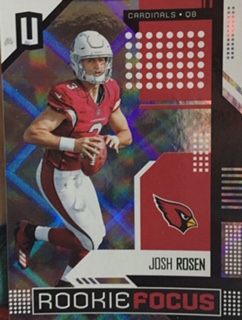 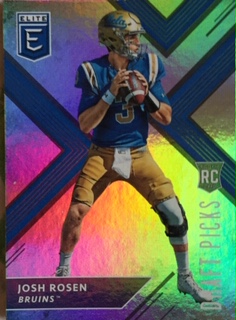 My one and only Sam Darnold, He has had his ups and downs but seems the Jets have a bright future with him. 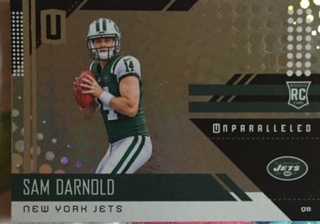 Lamar Jackson. He is only autograph card want list, I think he could be stud. 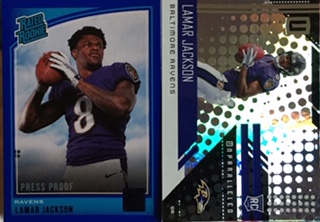 Kerryon Johnson. He has played extremely well for the Lions who haven't had a dominant rusher since...well... 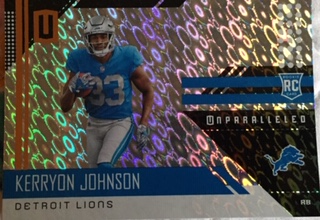 Nick Chubb will continue to get more and more carries. 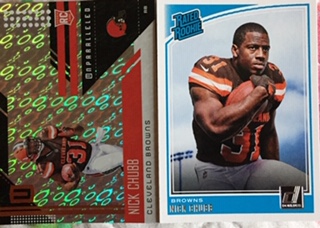 Baker Mayfield. He has been impressive so far. 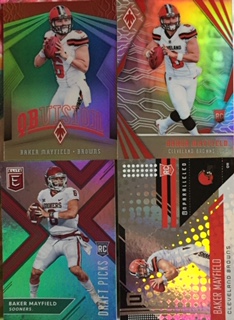 Josh Allen doesn't have a lot of talent around him in Buffalo, so he has to use his legs often to score. Hard to grade his talent so far.

Sony Michel started off slow, then has come on strong. Hard to see the Patriots get better with him. Grrrr. 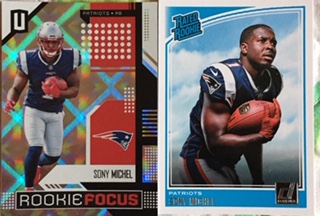