I recently took part in a couple of breaks over at Midwest Box Breaks to see if I could land a big pull like many others have. Sadly, the dice didn't fall my way, my usual luck with breaks, but I did still score some cards so let's see what I got.

I took part in a Phoenix/Illusions football break that was also a charity break for kids. This was done draft style, meaning you weren't assigned a team but you got to choose one depending on what spot you landed in the draft.

There were 64 spots, 32 for each break, and I got to draft 60th. Ugh!! If only I had gotten one of the top two spots where I could have grabbed the NY Giants where sick /10 Saquon Barkley auto patch was pulled. Like I said, they pull nice cards.

Instead, I had to choose between the Jaguars, Raiders and Rams. I took the Jags hoping for some luck. I didn't find any however.  But, I did get some base and a couple parallels as they ship all of the base cards and inserts unless you choose to donate them to Midwest that donates them to kids. 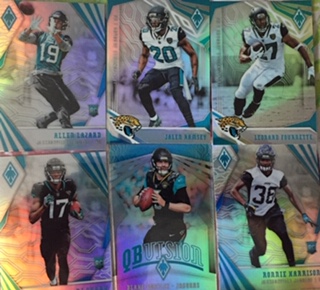 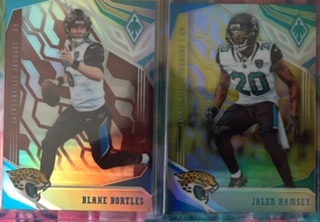 For having such a low pick in the draft, I also got one of these Panini Kickoff packs I have never opened before. 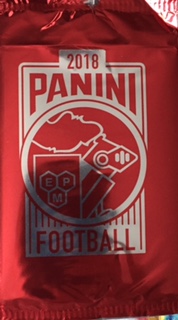 Pulled a PC card at least. That's a win in my book! 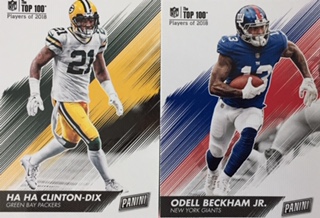 The second break I was in was a 2-box random Elite break. Once again the hobby Gods didn't give me the best spot, I got the Saints who are my Super Bowl pick, but I could only hope for a Smith autograph rookie card or a Drew Brees one. Sadly I ended up with three base cards. That's just the way breaks go for me. There were other nice hits however found in the break including a /24 Saquon Barkley parallel rookie card. Sigh.

Seeing my luck not go so well, the owner over at Midwest Box Breaks, who is a great dude, tossed in some bonuses for me.

Evan Engram Pink Optic rookie. I need to check if this is new to my rainbow. 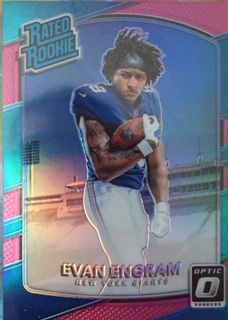 Wayne Gallman relic I didn't have. I like the design and layout of it. 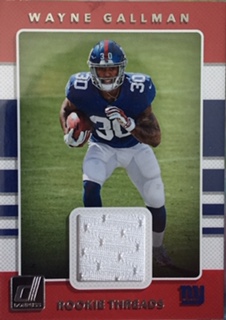 One of the very few National Treasure cards I own. Shepard relic. 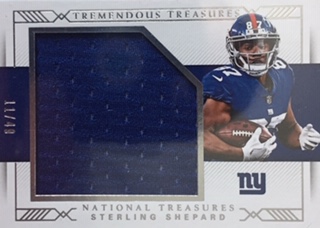 OBJ Saturday Swatches relic I have always wanted. Now I have it! 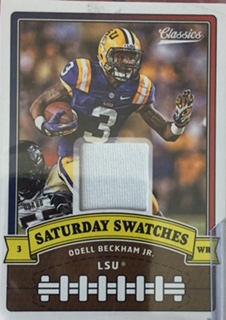 And finally, a dude I was a huge fan of last year and the key card of his I wanted in a Contenders rookie auto is now mine. Travis Rudolph still hasn't made it far despite his potential. Hoping he gets another shot. 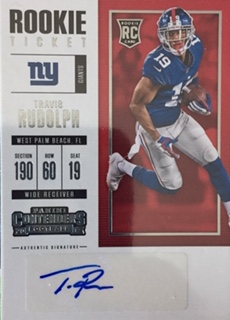 Big thanks goes out to Ben over at Midwest Box Breaks for the bonuses and the fun breaks. I enjoyed watching them as well.

If you haven't checked them out yet, please do. Very trusted and cares about the customer. See what they have available for breaks, HERE.
at November 26, 2018