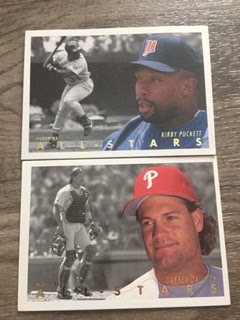 These Fleer All-Stars inserts are from 1993. They have a fairly decent design that would have fit better as a base card design than a 90's insert. Darren must know that or knows something possibly relating to this lot. Nobody makes a bluffing face better than he does. 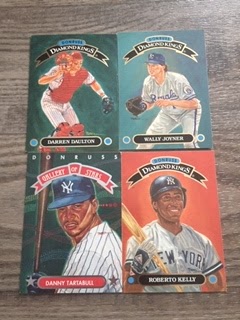 Three Diamond Kings but only one Gallery of Stars. Mystery written all over it.... 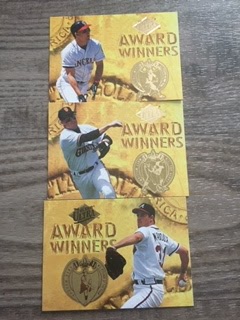 Two mid-tier players when it comes to the hobby and a more powerful one in Greg Maddux. Why would Greg had been left behind with two mediocre hobby power players? 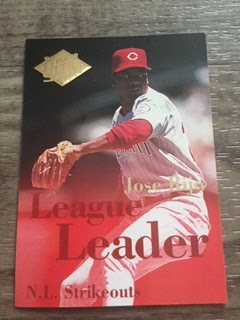 Never knew that Jose Rijo was a League Leader.... 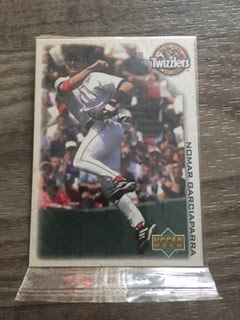 Did the owner of these cards collect Nomar or the Red Sox? Or did the candy entice him because it came with an Upper Deck card? Or maybe he just liked the red licorice and the card was a bonus. It's a Twizzler of questions that need to be answered. 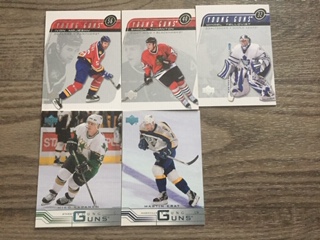 Some early 2000's Upper Deck hockey Young Guns. I don't know any of these players but Young Guns are Young Guns. They have to have some value or do they... 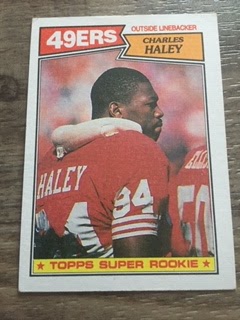 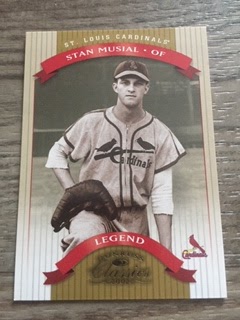 This was the one and only Donruss Classics card in the lot and is numbered of the great Stan Musial. But, why was he alone that day? And why Stan? 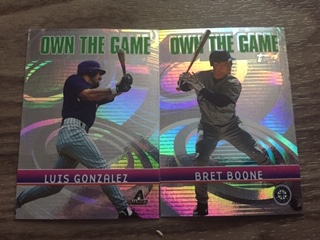 Shiny cards never get left behind...then why were they? 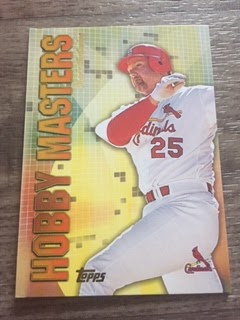 At one point Mark was a Hobby Master than he fell into some trouble later on his career. It's still a mystery on why he did what he did... 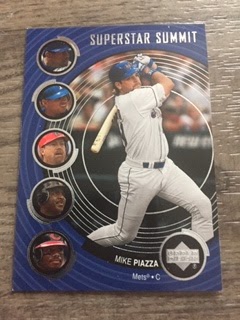 This Mike Piazza insert contains 4 out of 6 known steroid users in what was supposed to be called a Superstar Summit. It seems to me it needs to be renamed because real Superstars don't cheat, but what would you call it? 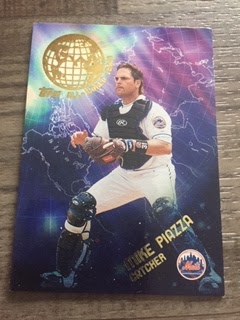 Back To Back Mike Piazza inserts to finish today's look at the lot. Did this collector have luck pulling Mike or did they collect him?

This does it for Episode Two of Unsolved Mysteries. There is a lot of unexplained findings here with even more mysteries to unravel. Tune in next time and Perhaps YOU, can help solve a mystery.
at April 28, 2019