Blast From The Past:1998 Bowman Chrome Baseball Pack Break

So let's take a Blast From The Past with a one pack break of 1998 Bowman Chrome baseball! 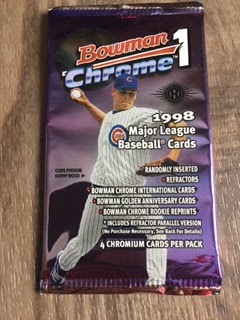 In 1997 there was a new chrome breed that Bowman born into the world. That product immediately caught my eye being a fan of Topps Chrome already. It was the year of trying to hunt down rookie cards like Magglio Ordonez, Jimmy Rollins and a guy I was trying to land in El Duque, Orlando Hernandez.

Each pack of Bowman Chrome matched Topps Chrome with only four cards. I think packs were $2.99 at the time but I was able to snag this one for $1.99 on eBay. Figured it was worth the gamble and the memories. 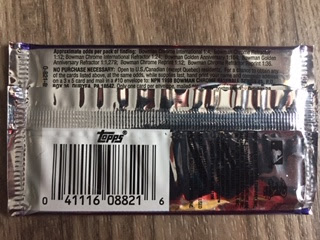 Here is a look at the pack back and odds. 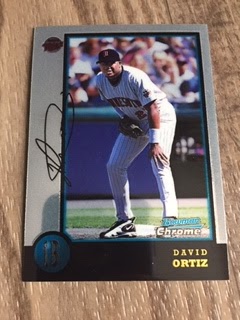 THIS IS NOT A DAVID ORTIZ ROOKIE CARD eBay sellers!! Ortiz rookies were in 1997, this is a second year card. So many false listings. Still a decent card to find though. 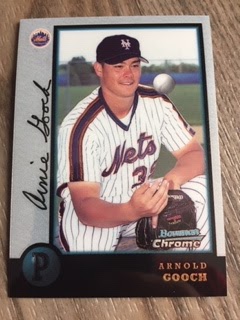 Arnold Gooch didn't appear to get too far in his career. So not much of a prospect find here. 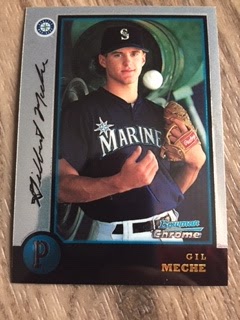 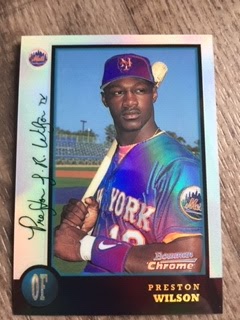 Niiiiiiiiiicce. Was super excited to land a 1:12 refractor in a one pack break and I know of Preston. He made his MLB debut in 1998 with the Mets, his only season there, and played for 10 seasons with 6 different teams. Clubbed 189 home runs and a .264 batting average.

Hope this Blast From The Past brought you back as well. There are many more to uncover in this series.
at April 30, 2019