Prize Mail Day From One Of One Box Breaks

An almost weekly Sunday Twitter occurrence, One Of One box breaks runs a #SundayFunday promotion that brings in a crowd and every Sunday I have entered hoping that one day my name would be called. Well, that day finally happened a couple of Sunday's ago.

Another fun thing about these giveaways is the owner of One Of One box breaks who most call, Heavy D, is showing his son how to collect and give back to the hobby along the way. Both things I strongly admire. His son is actually the one that picks the winners of the contests and is also included in most of their hashtags as #EvanRoxx.

Well, Evan, you sure did Roxx with this Sunday giveaway.

First up, some fun Panini promo base cards including Andrew Wiggins and a Dustin Pedroia College Variation. 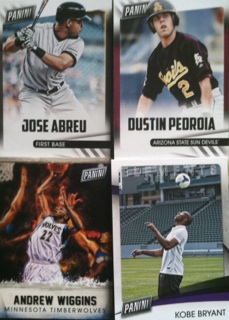 Up next, a really cool 2015 Beckett National card from the One Of One Box Breaks table. Not something I would have acquired any other way. It's a unique addition and Kris Bryant is on the front so that's a bonus. 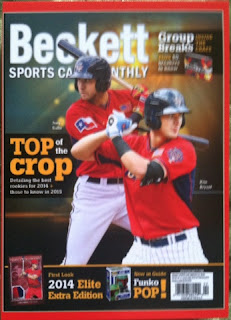 I also failed to mention that these are numbered too! 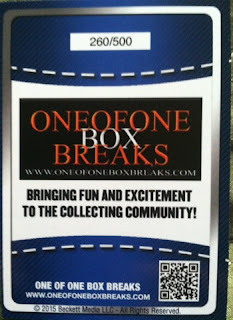 A cool looking Prizm card that's numbered to 99. It's actually what drew me in to this prize lot. 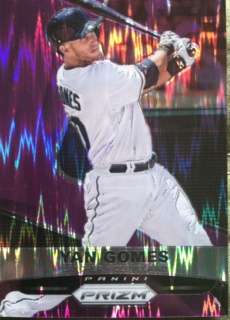 And as this great mail day rolls on, a Tom Brady jersey card. My first of him and even though I can't stand him or his team, that guy is a legend and this card will remain in my collection. 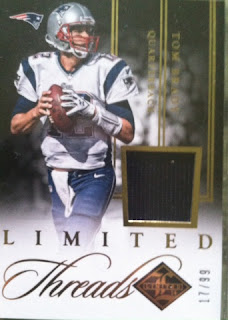 And we have finally come to the end of this mail day, two 2015 Panini National silver packs. Never ever have opened these before. Let em be ripped!!! 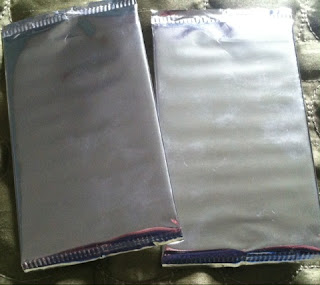 Each Panini National pack came with 2 cards with a chance at autographs and relics. Here is what I got. 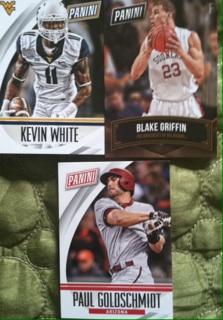 And a little boom, Kris Bryant! I know most wouldn't be excited about a base card, but I was super happy. 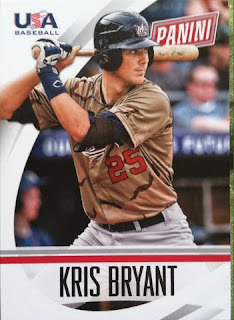 A big thanks is owed out to Heavy D and especially #EvanRoxx for picking me as a winner. Great variety of cards here and a solid mail day.
at September 10, 2015

Email ThisBlogThis!Share to TwitterShare to FacebookShare to Pinterest
Labels: Box Break, National, One Of One, Panini, Tom Brady