The Origins Of A Cardboard Addict:I Have A Dream

Growing up, we all had dreams of what we would become someday and what journey life would take us on. Some of us grew up wanting to be doctors. Some wanting to own their own business. Others wanted do become teachers. While others were happy working with machinery. Me, well, I wanted to become a writer. 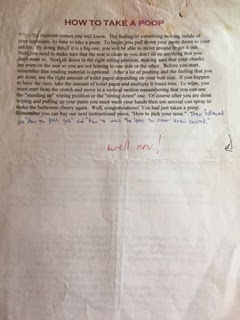 There wasn't a time growing where I didn't have my notebook in my hand writing down the next big story. It started out with comics I wrote in first grade and blossomed out to horror by sixth grade and even into comedy by my senior year in high school such as this piece on How To Take A Poop. Yes folks, I have a sense of humor.

I just loved to write.

One of my biggest inspirations at the time was Stephen King. I wanted to have his power of a typewriter. I wanted to put powerful thrilling words on paper and have millions of fans who adored my writing. That was my goal. That was who I was going to become, you could count on that and it had a Joe Namath guarantee.

It was such an expectation at that point, my teachers who motivated me to keep writing wanted to make sure they got a copy of my published piece someday. Something they could go home and say, "I taught this kid."

I didn't go to college which was my biggest plan to lift me into the writing world. I was really tired from all of the homework my senior year of high school and simply got lazy. You know how that goes.

Three days after High School graduation, I found myself working a job far from my dream. I worked as a meat room meat wrapper at a local grocery store. You know, the guy who wraps up the packages of meat after the meat had been cut. And even though I was extremely good at that and moved up the food chain pretty fast all the way to manager, it wasn't my life dream. So after seven years, I stepped away.

In the meantime while I was working there, I hadn't given up writing. Oh no sir. I kept pumping short stories at home, some of my pieces I even shared with my co-workers as they always saw me with a notebook at lunch breaks, and I had even wrote a book. Yes, a book. Did I attempt to get it published? You bet.  I even used my sister in law, an English Major and teacher, as my editor and she went through the entire piece and made corrections and handed them back 6 months later. 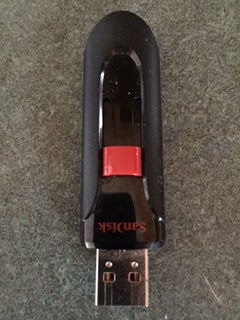 However, when I got them back,something about seeing red on the paper from corrections and parts that needed some more elaborating on, I just felt down and like it was a homework assignment. I didn't feel like going through all of that despite my dream just being out of reach. Instead, my dream had vanished and was left on this pin drive where it still currently resides. 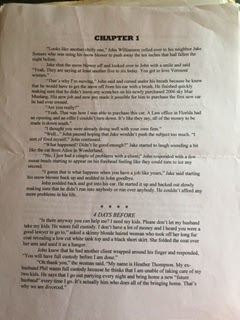 The guy who they always saw in front of a keyboard and always carrying around notebooks writing pieces like this no longer existed. He was gone. After spending more than half his life writing, he was no longer writing or interested in doing so.

After I had given up the writing dream, it gave me more time to focus on my other hobby in card collecting which was more of a side hobby when I was writing.

So I continued to pursue the hobby more in-depth once again. Reading Becketts, studying the backs of the cards and focusing on the designs and doing some serious sorting. I was at peace.

However, I started to take note that the hobby was dying around me. None of my friends that once collected no longer did. My father who I grew up collecting with, wasn't. Card shops dried up. Card shows no longer existed and no other collectors were around. It was like collecting in Gatlin, Nebraska and the Children Of The Corn had taken all of the collectors away.

Then in 2011, I found a new way to explore my hobby even more, I discovered, THE INTERNET. I felt like a caveman trying to use it. I had no idea what I was doing or where I was going or even how to participate on this thing called the internet. Luckily my wife helped guide me through and I set up a Facebook account.

My first real internet accomplishment.I hope you all are clapping your hands right now.

Through Facebook, I was able to LIKE multiple sport card pages including Upper Deck which is what led me to so much more. I began being a huge part of that page as a huge UD FAN, and they noticed. I was contacted by them and asked to join their group Upper Deck Volunteer Alliance. A group that helps support Upper Deck and the hobby by doing "missions" and getting rewarded with Upper Deck prizes by doing so.

Later on that year, I wanted even more from the internet and my hobby of collecting cards so I figured out how to create my own Facebook page in which I named it, The Cardboard Fans. It had a lousy following with 35 LIKES and an even worse interaction rate. After six months of that, I quit it.

That brought me to 2012 where my hobby career started to shift once again and a time I would find myself back at the keyboard writing.

At the beginning of 2012, I had found The Knights Lance, Panini's blog and enjoyed reading the content. It then led me to a couple of other website/blogs and I started to find myself a new niche. I wanted to blog.

That meant sitting in front of a keyboard again and this time instead of writing stories about evil demons and guys who took things too far on a date, I would be writing about sport cards. Two passions combined into one. Who ever would have thought.

I started up a blog called Sport Card Collectors. I know, how corny of a name, and just started to write away once I figured out how to upload photos and how to use the blogging system. Sometimes posting three to four times a day but slowing down to one a day as time went on.

That blog has carried on for eight years strong and I am happy with way things were going. I have sponsors, I have over a million and a half views, I even had written ten posts for another website that appreciated my work. But, something about all of it doesn't seem to be enough.Something still feels missing.

This year I started to take note of other bloggers getting further opportunities especially with Beckett. Some have blogged a little longer than me, some less and even one I helped guide as their blogging Yoda. They were getting pieces published on Beckett's website and in the magazine. A magazine that I had read since I was a wee little one. A magazine I had tried multiple times myself to get into without success in my youth with things like Readers Write and Supercollector. Even though later on in life I did finally make a Supercollector section and bought a ton of the magazines.

That's when that light bulb appeared above my head like in a cartoon.

Maybe my real dream had been in front of me all along. Maybe I have always wanted to publish a piece in Beckett. 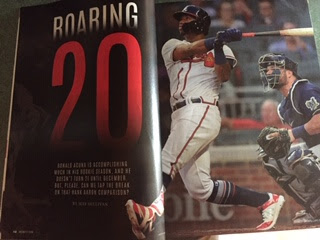 I can picture it now.....a piece like "How 90's Inserts Are Making A Comeback, At Least For Me." Or "Friends" how one man's chase for all of the Rodney Hamptons happened, then the most important part, by Matt. By me. Whoa. That would be over-the-top. Even if it was simply one paragraph or half a page. But, it would have to be a piece and not an interview about me. I have to write it and I would only want it in a published magazine so it's something I can hold onto and show off. I know, a lot of demands but if I am offering to do it for free to conquer a dream, I wouldn't think it would be much of a fight...would it?

For now, I will continue to do what I do on here and hope that someday my one small dream comes true or maybe I will finally feel motivated again to write fiction again. I will have to start over with a new piece, but hey, you never know. Sometimes the things you want the most are things you have to be patient for. Dreams don't happen overnight.
at November 19, 2019