This week's $25 A Week Challenge is a bit more recent pickups as opposed to previous episodes. Mainly because I had to upload the photos and was being lazy about putting together the older ones this time even though there is some great stuff to uncover.

So as everyone well knows from reading this blog, I love the 90's and shiny stuff. I recently found seller trying to unload a ton. There were no bids and free shipping and those two things were up my alley so I put in the base bidding on won them.

Here's what I was able to snag for cheap, 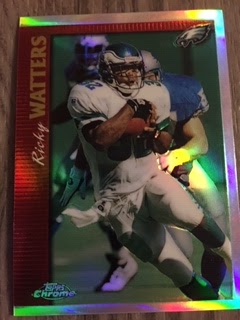 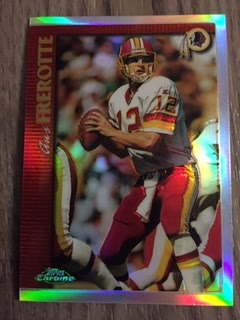 Frerotte won't be ramming his head into Giants stadium with this snag for .99 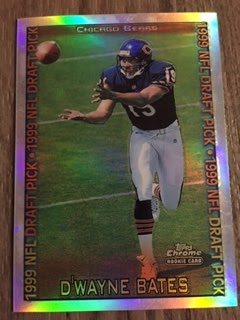 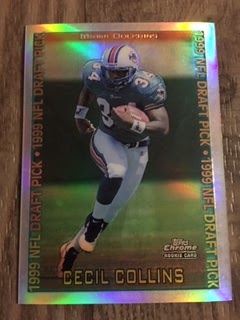 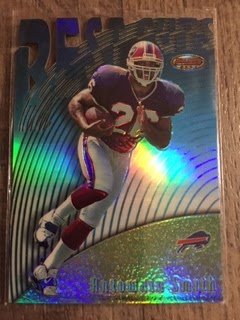 Bowman's Best Best Cuts refractor for $1.63. This one believe it or not actually had a few bids on it. 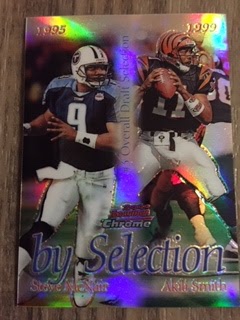 2000 Bowman Chrome refractor By Selection with Steve McNair for .99 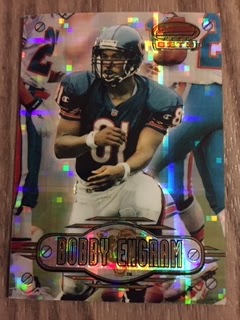 This was .49. Can't pass up an atomic refractor for that 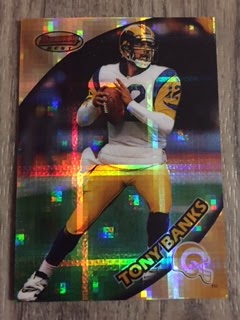 Another atomic, this one was .99 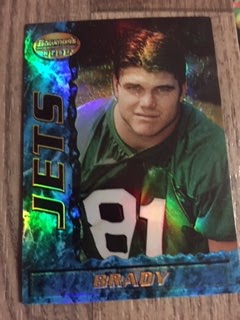 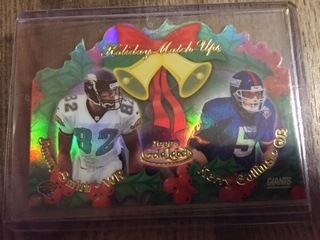 The secret is out! I am starting a super collection of Kerry Collins and this one was for .99. Not a bad start to the new PC.

Well, that was it from one seller. But, I had cash to spend, so here was the rest. 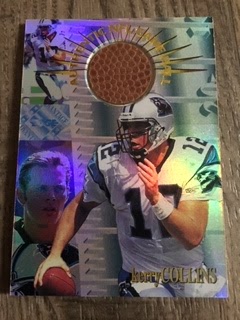 1996 Collectors Edge Game Ball that was actually game used. I thought they didn't do game used footballs til 97 or 98, so that was a nice surprise. Card is beautiful too. 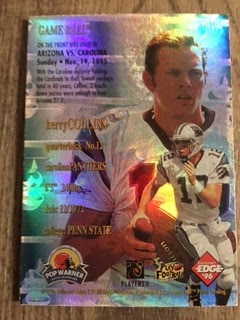 Back of the card. Even snagged it with free shipping for $4 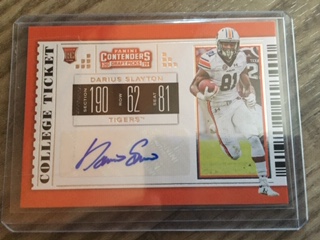 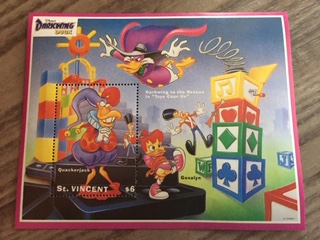 And something non card, a full size Darkwing Duck Saint Vincent Souvenir stamp sheet. Darkwing is leaping at Quackerjack and I was able to make an offer of $1.50 with free shipping for it so I will take that.

You see all that I grabbed for the cheap price, so what would you have grabbed this past week for $25?
at November 30, 2019