In my search of multiple cards of many of the 2014 rookie class, my search could only afford retail and one of the better buys that I had with 2014 retail football was Sage Hit. If you ever wondered the difference between the Low and High series it's all about the players. Different players, especially in the autograph department, are offered for each series and you may find some of the same for the base cards.

In a Sage Hit High Series 2014 blaster, for $20 you get THREE AUTOGRAPHS, 18 packs and you get a ton of cards. That's a steal in my mind. I busted a Low Series blaster not long ago that came with a punch....a Clowney auto! Will the high series be as exciting? Let's see! 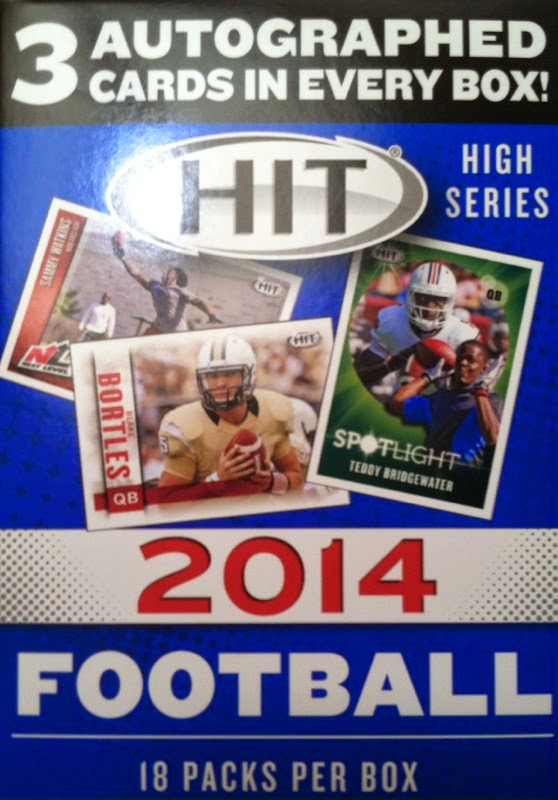 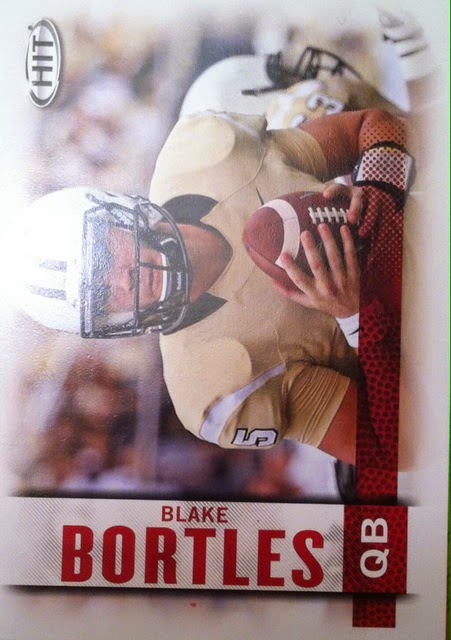 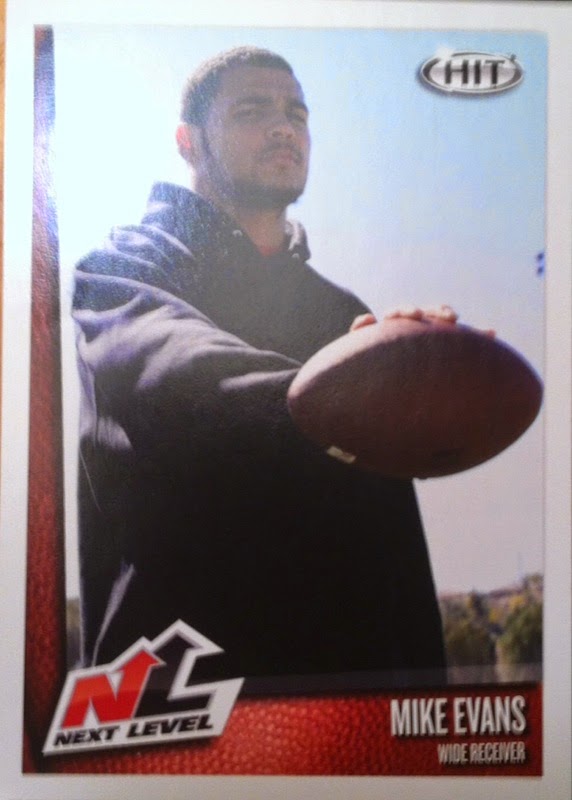 I really like the design of this subset. Jumps out at you and catches your attention! 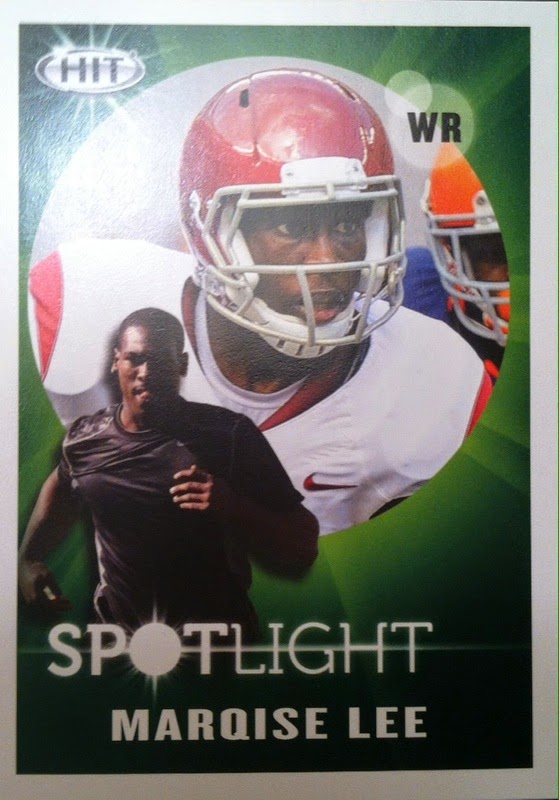 Now onto the autographs:

159 overall pick in the 2014 NFL Draft, the Jacksonville Jaguars pick: 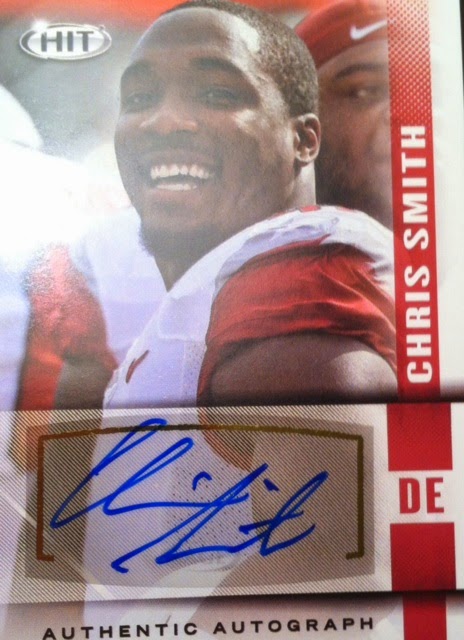 And a rookie Free Agent auto rumored to have tried out with Washington: 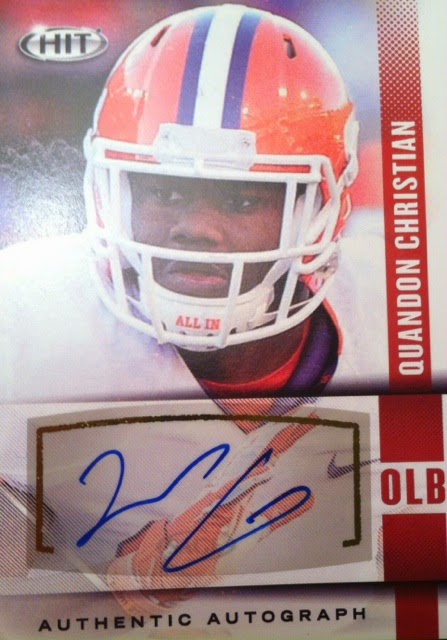 And in the sixth round the Bears drafted this guy..also must note it's a hand numbered gold parallel and hopefully the next Tom Brady... 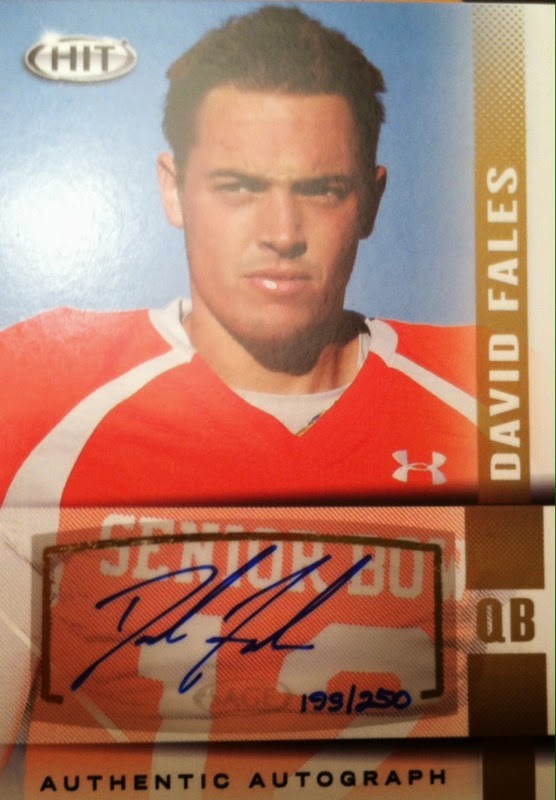 Overall, not a bad break and still provided okay value, just not as much as the first blaster. I think it's definitely something I would go back and buy again because come on, what other retail product for $20 offers THREE AUTOGRAPHS and you just never know which autograph could come from within.
at June 13, 2014