American Thunder is a NEW NASCAR product from Press Pass and just like all of their NASCAR products, this one is just as impressive and hopefully will stay apart of the yearly product go around. 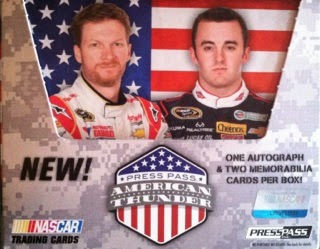 BOX BREAK DOWN:
PRICE: You can find most boxes under $90 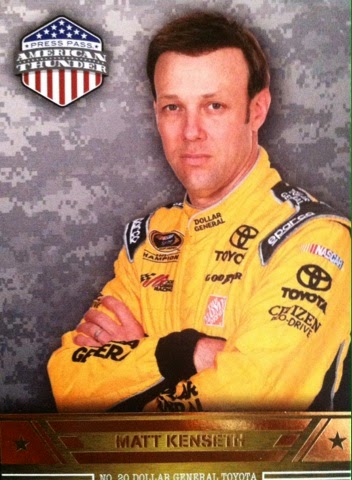 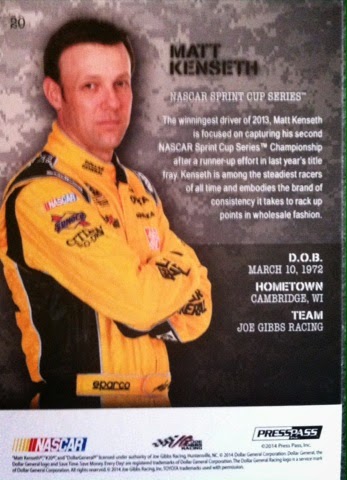 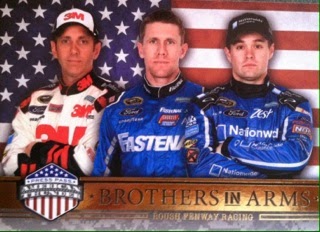 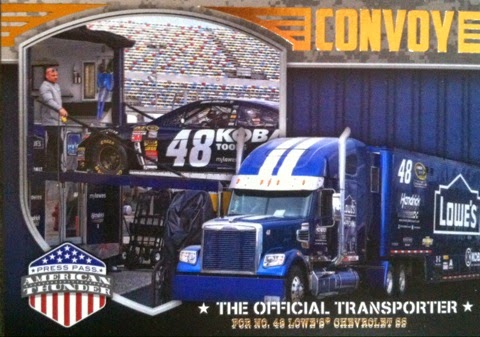 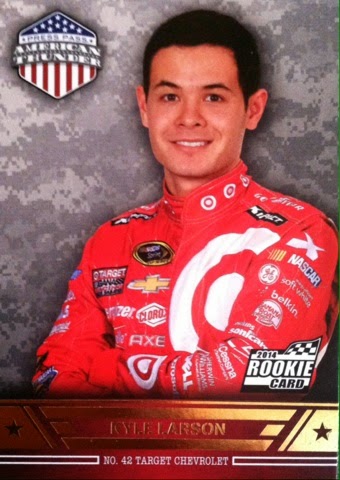 BASE CARDS: I really like the base cards in American Thunder. The player pose such as Kenseth's above I think is the best way to go in a NASCAR product. I am usually one for action shots but with this sport, it's best to see the drivers. They also included all 8 rookies in this product including the red hot rookie I Pulled above of Kyle Larson.

The subset card of Brother's In Arms that features all of the drivers from a team going into "battle" to win a championship is a cool concept and the design with the American flag in the background looks tremendous.

I also liked that Press Pass gave a shout out to the truck drivers who bring the cars to the race on a weekly basis in the Convoy subset and the layout design of that one is top notch. 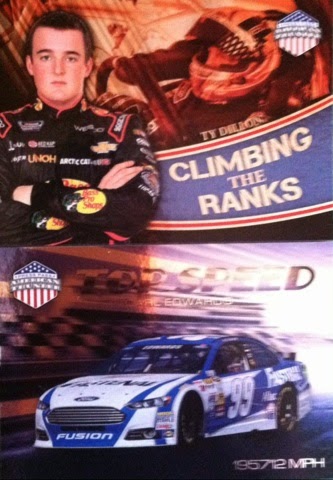 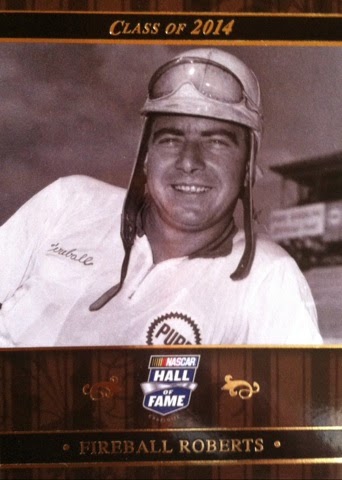 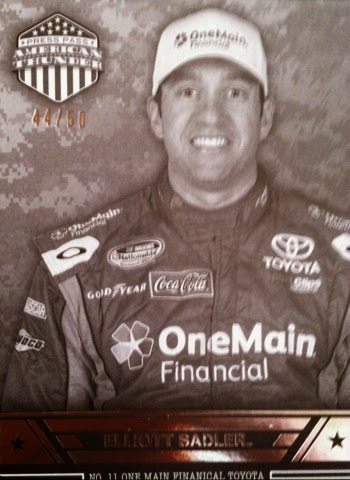 INSERTS: In a box of American Thunder, you get a handful of inserts with one parallel guaranteed to be numbered to 50 or less. I think the parallels look nice and I am glad that Press Pass stuck to what they do best with their inserts and make them foil board.
Some of the fun inserts include Richard Petty "50th Anniversary of First Daytona 500 Win"and the 2014 NASCAR Hall of Fame Class Insert! 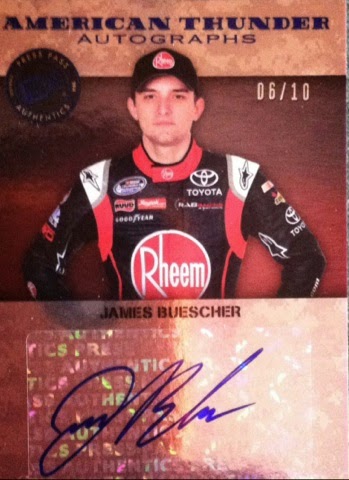 AUTOGRAPHED CARDS: Pretty decent low numbered hit here. The design is simple and is well balanced. However, I was surprised to see sticker inserts when Press Pass is normally known for their "on card" marketing for their products. However, still a nice looking card as on-card or not doesn't bother me. 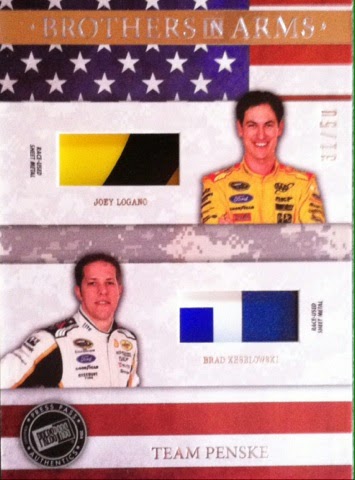 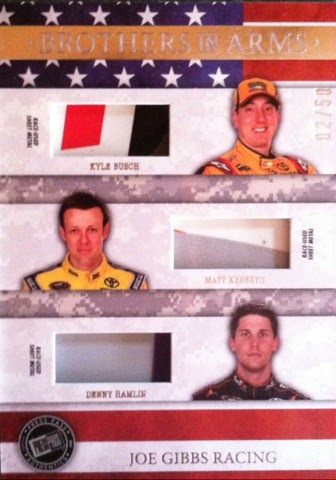 MEMORABILIA CARDS:  .Just stunning. The layout, design and driver combinations are top notch. The fun of NASCAR cards along with designs are the colorful pieces you can get from the many choices of memorabilia. Press Pass knows exactly how to use those pieces and turn them into a beautiful work of art!
The only problem I had here was the fact that a triple memorabilia card has the same exact numbering as a two piece. I think the double should stay at 50 however a triple should be numbered to 25 and not be the same. Something for Press Pass to think about in the future.
Along with the Brothers In Arms memorabilia, you can also find, Battle Armor that has Race-Used Sheet Metal, Class Uniform that contains a sweet 1 of 1 American Flag Firesuit Patched, a Great American Treads with Race-Used Daytona 500 Tires and finally Class A Uniform: Race-Used & Driver-Worn Memorabilia.
OVERALL THOUGHTS:  Another solid NASCAR release from Press Pass that should have card collecting fans from any sport excited. The price point and what I got in this particular box may be a little uneven, but overall there are many big hits to find so not all boxes will be like this one.
at June 12, 2014