October has officially been named, Cards I Got From Project Pedro Blog Month.

Today are players who were/are Giants.

Warner played for the Giants for a very short time in 2004 before Eli took over. But, I always was a fan of his from his Rams years. The guy not only has a positive attitude, but he made the teams he played for better.
This is a piece of football and has an extra part to it as it was used in a game vs the Giants. 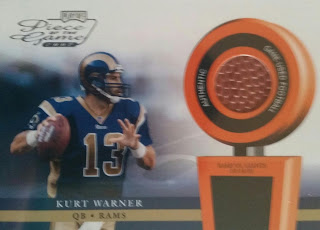 Vereen is a current Giant and former Hatriot, sorry, Patriot. The guy is a weapon and should be used more then they actually use him as he showed vs the Redskins. It's just too bad he got injured.
This is a pretty nice patch swatch. 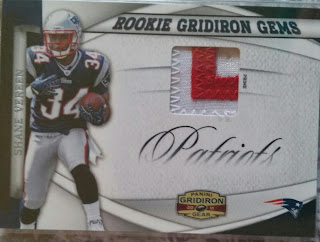 Thoughts on today's cards are welcomed below!
at October 05, 2016