The Origins Of A Cardboard Addict: Rescue 911

This was just some of the fun my friends and I had once at Brian's annual birthday party sleepover. Yes, we were extremely immature kids but we had fun. We just couldn't go to sleep that night and spent most of the night coming up with emergencies. And no, we didn't actually call 911 to do these. They were reenactments while we were lying on the floor in our sleeping bags.

We were basing our 911 adventures thanks to a new hit show that arrived on CBS, that show, 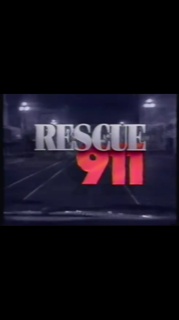 Rescue 911 was a docu-drama that premiered in 1989 and ran til 1996. The show was a huge hit because it had arrived around the time 911 was being fully implemented. The show actually helped save lives as well though it wasn't the shows intention. I believe well over 300 lives were saved in the shows run.

"911, what's your emergency?"
"Matt farted and our friends are passed out. Please hurry."
"Oh my, we will arrive soon!"

The show was hosted by the legendary William Shatner who most knew from his time on Star Trek. For me, he was the 911 host. I wasn't much of a Trek guy back then. I was more into Star Wars and Dr. Who when it came to science fiction.

However, since those days I have watched Shatner on a few other shows I really enjoyed such as Bleep My Dad Says, wished that hadn't been canceled and Better Late Than Never when he and three other old guys traveled the world experiencing all that it had to offer. That was really enjoyable to see the four guys personalities come together. Once again, too bad that was canceled. Of course since then as well I have tuned into some older Star Trek too.

So that led me to wanting a Shatner autograph. Especially with the 911 memories of that one night. Thanks to @Jake1725, I was able to land one. 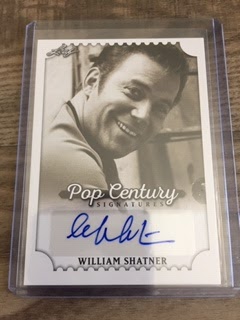 He doesn't have the greatest autograph, but it's still his. It appears his autograph has gone off over the years. I really wished Leaf would put add a picture of the actors signing these on the back of the cards. I always worry about fakes in today's collecting world. But, from looking at his autographs, I am pretty sure it is authentic.

This was a huge add to my non sport PC. Not something I would have collected in my youth but now chasing.

There was news of a Rescue 911 revival with Shatner as host back in 2018, but I never saw if it was just a rumor or still a work in progress. I think it would be fun to watch once again and especially in today's day and times where kids do a whole lot more stupid stuff than get their tongue stuck in the freezer. That was as real episode by the way. I can only imagine the respondents response to some.

"Rescue 911, what's your emergency?"
"Uh well, I did something that was lit. I lit myself on fire and have some cool burn marks on my arms. It was lit, but it hurts. At least I got a YouTube video of it. It's gonna be lit!!"
*hangs up phone*

Thanks to Jake for bringing back the memories and here is hoping the rumor was true. Bring back Rescue 911!