The Origins Of A Cardboard Addict:TMNT

If you were a fan of TMNT and don't agree that the original movies and cartoon series were the best, well, we can't be friends. Well, we can be, but we will totally disagree on this.

I am not sure what they have done to the once mighty turtles that were mutants today, but it's garbage compared to the shows past. Weird animation, characters that are not themselves and the look of them is definitely not the same.

The show I watched from the late 80's til the mid to late 90's was awesome. Four turtles that fell into mutagen, raised by a rat and taught ninja skills to defend the city against the Shredder and other mutants, oh yeah!

It was my cartoon go to for sure. 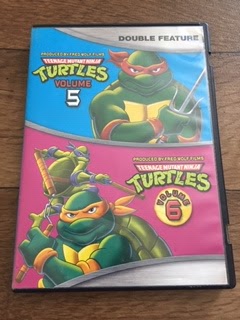 That's why when Walmart has seasons of them in their $5 or less DVD bin, I grabbed a few of them. However, I don't have them all.


Along with adding some DVD's, I have also added a few toys along the way as well such as this 1991 City Sewer Leo thanks to Wes who grabbed it for me. The only piece I believe is missing is the pull string that came along with it. 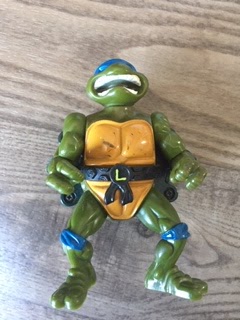 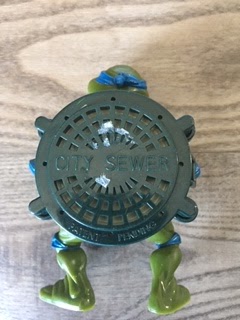 And this complete BeeBop I got form another friend. 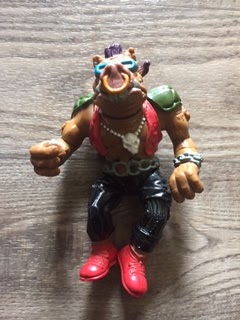 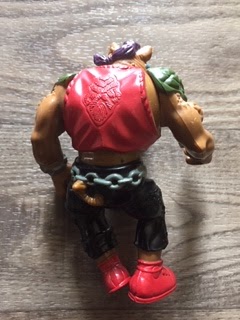 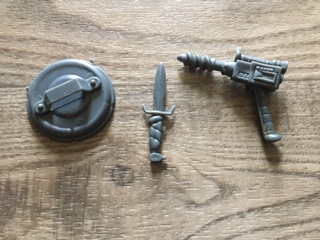 I do have a few others from the 90's I have showed off before on here, but there are many, many more I want on my want list to go. Such as Baxter Stockmon (has to be complete) who was one of my favorite villains, Krang, All 4 Turtles for one year, among many other of the characters that I had growing up.

I remember acting out TMNT on recess with my friends. I was Leo of course, blue is my favorite color and felt I was the lead of our play time. It was a lot of fun going into battle against the Shredder who would also occasionally be me when I wanted to do two roles. But, most of the time Shredder was the teacher and we had to avoid her. She didn't know she was playing her role however.

In the past few years, I have watched a few episodes of the newer TMNT and the new movies and it is just awful and painful. I am so glad I grew up when I did and had these figures and the shows I was able to watch. Nostalgia is great memories, but also speaks volumes on how great the 80's and 90's were compared to today's times.
at September 14, 2019

Email ThisBlogThis!Share to TwitterShare to FacebookShare to Pinterest
Labels: 2019, Beebop, Leo, The Origins Of A Cardboard Addict, TMNT