Blast From The Past:1995 Playoff Prime Football

So let's take a Blast From The Past with a one pack break of 1995 Playoff Prime Football!

I didn't open more than a pack of this product, mainly because Playoff was limited in my area as opposed to Topps and Score, but I did get to experience it. It was in 1996 when Playoff became more prevalent in my area. 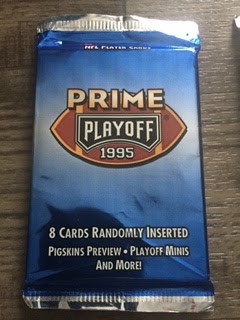 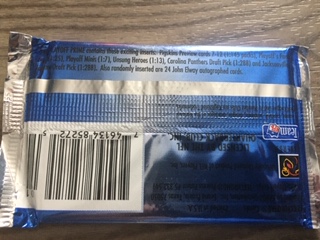 There was a lot of great inserts to find in here including the Pigskins Previews printed on a leather surface. I had high hopes so let's see if they stayed. 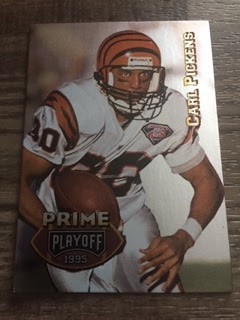 Carl Pickens was best known for the Bengals in which he was underrated as a WR. Played there for 7 seasons and made two Pro Bowls. 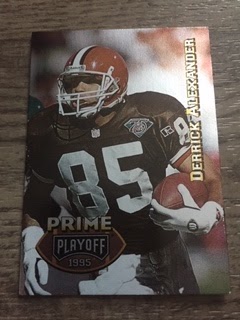 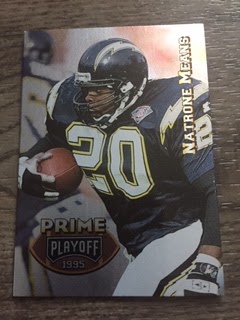 Natrone Means is probably best remembered with the Chargers, but I didn't get any interest in him til he was on the Jags. He played for four teams in 7 seasons. 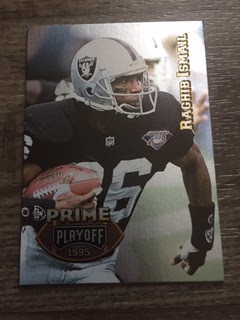 Raghib Rocket Ismail was a speedy WR. He played for four teams in 10 seasons. He was best known for him college play more than the NFL. 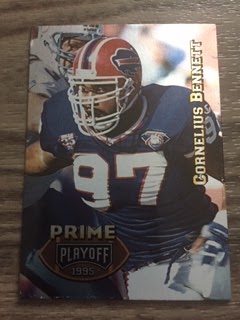 Bennett was a dominant LB who played mainly for the Bills. But, 4 teams in 13 seasons overall. He was also a 5 time Pro Bowler. 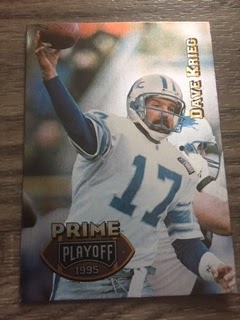 Krieg played for 18 seasons and 6 teams. Best known for his Lions times with me. He was a 3x Pro Bowler. 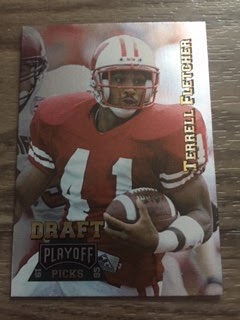 Fletcher played 8 seasons for the team that drafted him, the Chargers. Doesn't have a whole lot to show for his career other than staying with the one team as a RB. 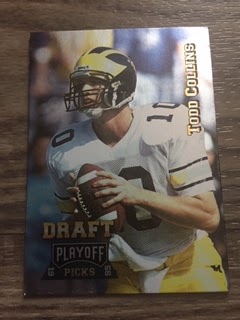 Collins was supposed to take over for Jim Kelly when he stepped away from the game, but didn't live up to those expectations in Buffalo only last two seasons there. Instead he went on to 3 other teams in 15 seasons.

Well, I got this pack for roughly $1 so not much to lose here. More of a gain. Not a great pack in terms of players, but not a terrible rip for the memories of some of the players and ones I collected.

Stay tuned for more time travel breaks that have come from under the bunkers!
at September 20, 2019