Blast From The Past:1997 Topps Baseball Series 2 Pack Break

So let's take a Blast From The Past with a one pack break of 1997 Topps Series 2 Baseball! 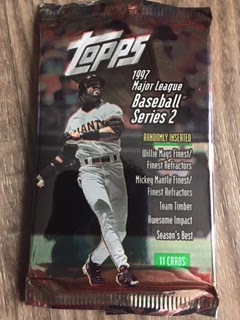 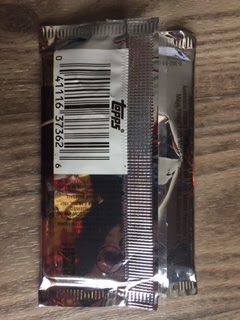 Here were the odds on the back. I was hoping to find a Mystery Finest. Those things rock!

Time to see what this pack provided me 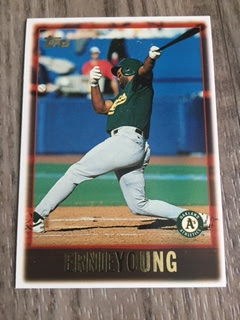 Ernie Young played in the Majors for ten seasons for five teams. He 27 home runs and a .225 batting avg. 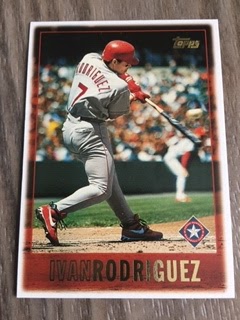 Pudge in the uniform I remember him best in. Played 20 seasons for 7 teams. Made the All Star game 14 times, won a World Series, was AL MVP once, 13x Gold Glove, and a 7 time Silver Slugger. He had over 300 Home Runs in his career as well. 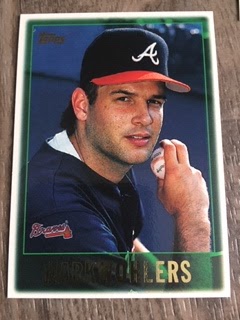 One of the most iconic to me photos from this set is in Mark Wohler posing with the baseball. He was apart of the great Braves teams of the 90's. He also played for four other teams including the Yankees that I don't remember. He had a 3.97 ERA with a 39-29 record as a relief pitcher. 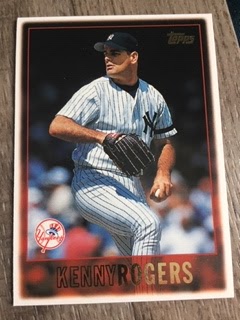 Kenny Rogers is apart of the Country Music Hall Of Fame. Oh Wait. This one played for almost 20 MLB seasons, was 219-156 overall with a 4.27 ERA and played for 8 teams in which the Yankees was most memorable for me. He was a 4 time All Star and a World Series champion. 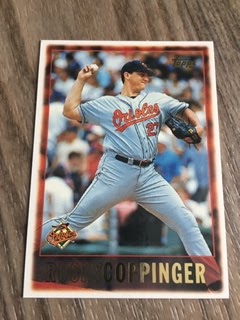 Coppinger wasn't around in the majors too long. His 5.47 ERA with a 17-11 record probably didn't help. He played for two teams in five seasons 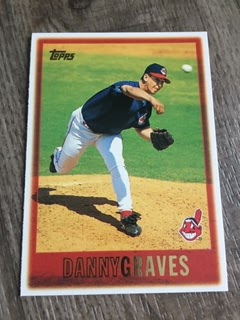 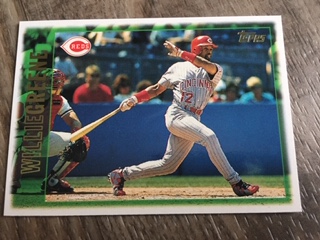 Willie whipped out 8 seasons in the majors playing for four teams. He hit .234 average and 86 home runs. 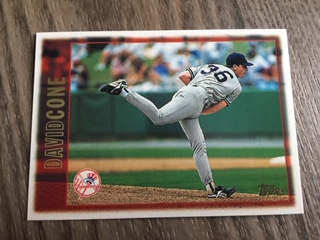 David Cone pitched 17 MLB seasons and for 8 teams, most notable the Yankees. I don't even remember him with the Royals besides what I see on baseball cards. He was a 5x All Star, 5x World Series Champion, AL Cy Young winner, MLB Wins Leader and had a no hitter in 1998. He had a 194-126 record with a 3.46 ERA. 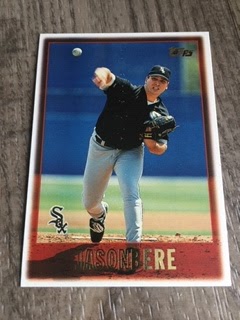 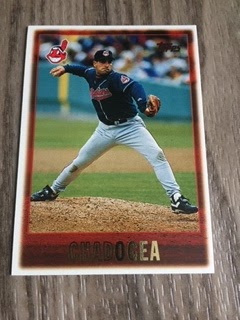 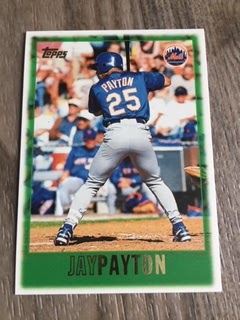 Overall, a few highlights. No inserts I had hoped for but some memories and that's what this series is all about.

Still many more of these to come in this series so stay tuned!
at September 18, 2019