While Posts Have Been Posting...

It may feel on here that I haven't missed a beat while the posts have been posting, but honestly, I haven't checked fully in on this blog in awhile.

Well, except for today. I decided to pop in with something fresh and update on what I have been doing in my spare time instead of putting up new posts.

I have been sorting. Every minute I have had a chance, I have been sorting, re-organizing and tearing it down and apart. This is by far the most work I have and will be putting forth into my collection since I started in the 90's.

First off, I have been stripping apart my once insert binders. Originally I was just tossing all the inserts into binders and that was it. But, I got so sick of looking for stuff I thought I had and since it wasn't by team it would take forever to look for. Well no more! 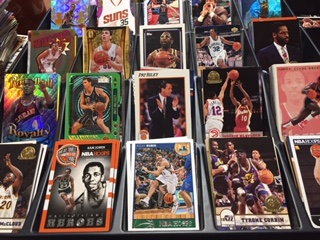 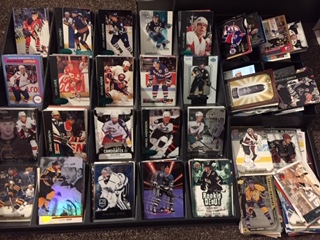 I finished baseball and football awhile go and now it's basketball and hockey time. I have to pull all of the cards out of the binder which is time consuming to say the least, then sort them by team using the handy BCW Sorting Tray. Which I suggest once again you go grab one for yourself HERE. Don't think I could have done this project without it. 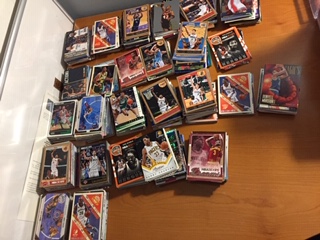 Since I only have one tray free to work with, the other two have NY Yankees and rookie cards in them to be put away, so I have been transferring each sport by the tray onto my desk which I cleaned a spot for. 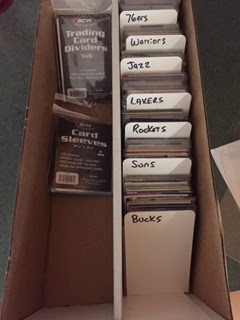 After that, I have been making sure to have BCW Penny Sleeves (which I found much more sturdy than it's rival counterpart), and BCW Trading Card dividers on hand so I can keep this project moving forward. I already had Shoe Boxes on hand. 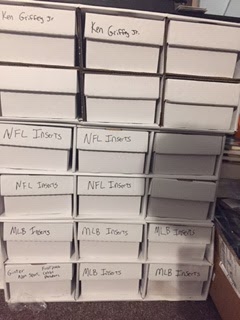 And Shoe Box Houses to keep it nice and neat. I have been labeling the outside of the boxes as I go. 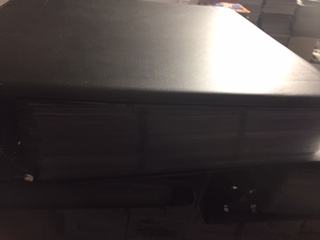 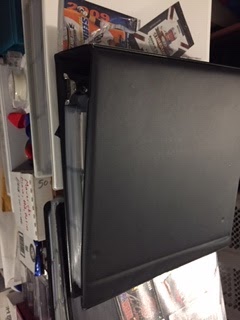 Now a bunch of empty binders and pages remain. But, don't worry, those won't be empty long. 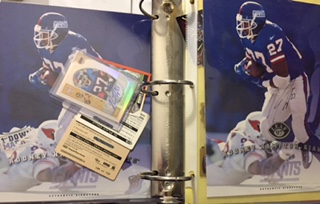 The next part to tangle once basketball and hockey inserts are done is my Rodney Hampton binder. I have decided after much back and forth that I want to put those in a box as well by year. That way if I am looking for something I can just go to the year and find it.

This is just some of the sorting I am tackling.

I still have the following to do,
My point is to make it so I can locate cards easier. This should be a big help, but a lot of work and very time consuming.

I will try to keep you guys updated on my progress when I can. In the meantime, at least until November, enjoy the backlogged posts.

Another note before I close, I have been keeping my want lists and set needs updated on here. Just in case you are looking to trade :)
at September 16, 2019