One of my main wants in the trade when it came to busting boxes was to help myself out with some sets I was building. That's where this 1996 Zenith football box comes in. 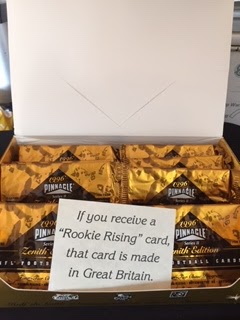 Ripping a 24 pack box of 1996 Zenith football gives me the sensation that I am back at the card show with my father ripping it again and the time I pulled an Emmitt Smith Z-Team that everyone at the show wanted but I wasn't willing to give. Each of these blast from the past memories is $25 and so, so worth it.

Check out the paper insert, I was hoping for a Rookie Rising card.

The base set is one I have been dying to build over the years and will see how close I am after I update my numbers after this rip. 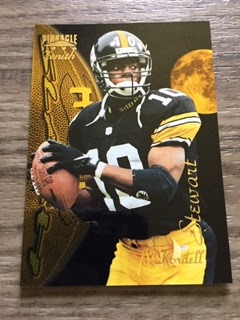 "Rookie Cards" These are rookies from 1995 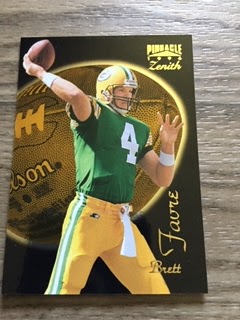 Great looking base cards. So pretty with the gold football on the black and the full colored player front. Bam! 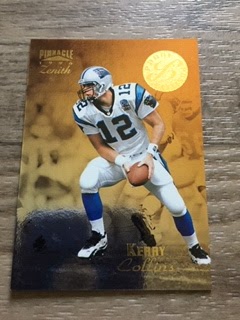 Another subset, this time featuring my side PC Kerry Collins 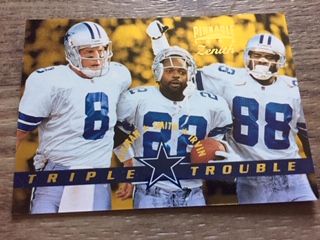 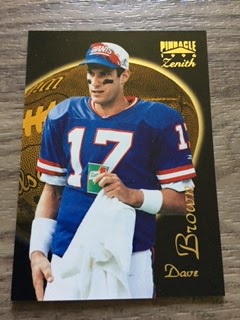 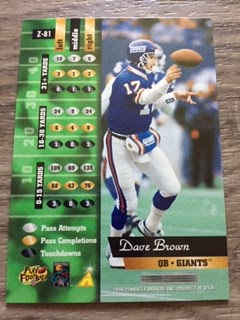 I wanted to show off another base card but the back. Once again, #makecardbacksgreatagain 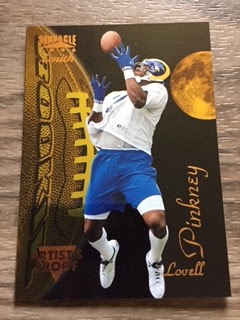 Artist Proof parallel falls 1:24 packs or one per box. 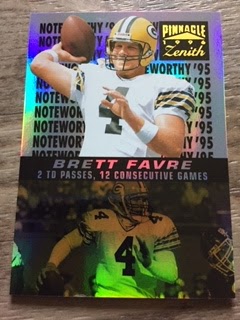 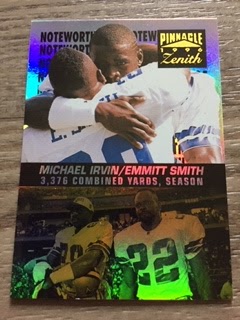 Two new Noteworthy for my set chase. Such a beauty. Zenith knew inserts and these fell 1:12 packs 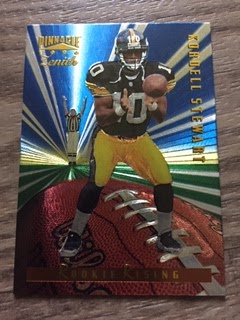 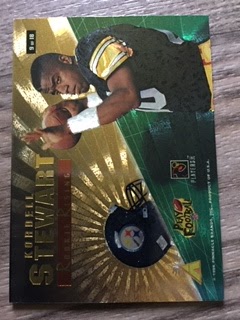 And boom, my Rookie Rising card that falls 1:24 packs. That's pure dufex gold right there! Also a new one for my set chase.

Once again, this was worth it's $25. I could bust these over and over again. I think this is my third rip of it since my childhood. I just don't ever get tired of it.
at October 12, 2019