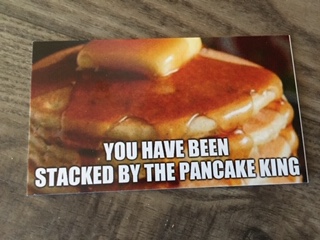 You ever just wake up in the morning and dream of a fresh warm stack of pancakes with melted butter and drizzled in fresh maple syrup? Well I do. And when I talk maple syrup, I am talking about the real stuff. None of that fake stuff made of corn syrup sold in stores.

Well combine that feeling and have sport card cardboard added to it and your in dream land. And in dream land there is a Pancake King who makes all of your dreams come true like Mr. Sandman. That man, Wes.

I was recently stacked full of cardboard by the Pancake King and as always it did not disappoint. 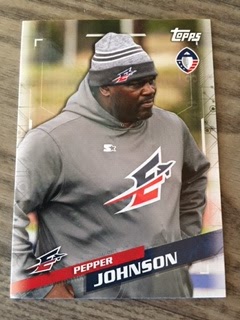 Pepper Johnson card  I didn't have. I like coaching cards. 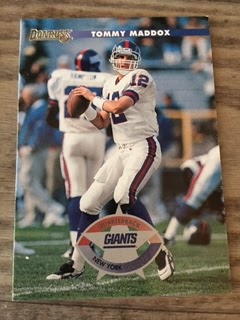 I believe this is my first Tommy Maddox card in a Giants uniform. There was nothing scarier then when he stepped out onto the field. You knew an interception was about to happen. By the way, if you look in the background, look who is going out to make a catch or block.... 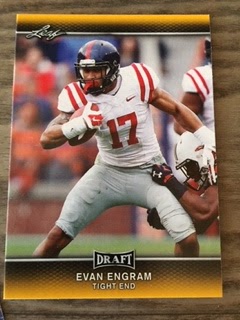 Great start to the season by Evan Engram. One of the leading receivers in the league. I have been waiting for him to break out. 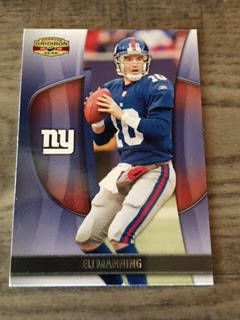 Let's take some time out for Eli... 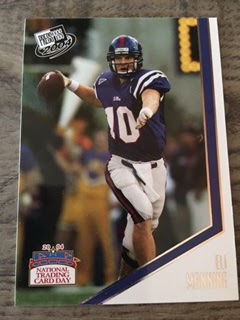 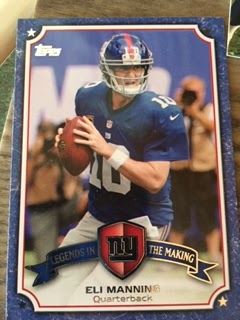 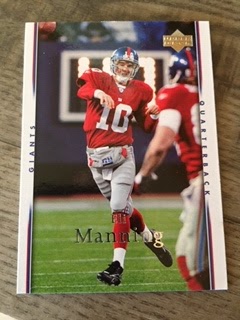 and let's just admit this guy is a Hall Of Famer and deserves to be in Canton when his chance arises. 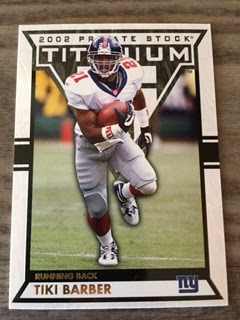 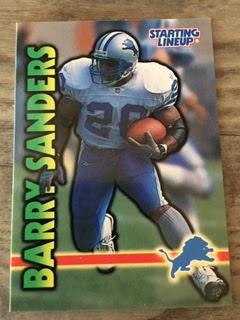 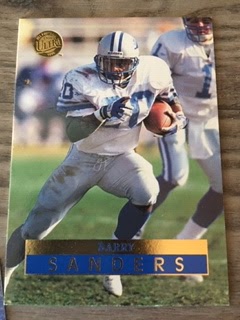 Two new additions to my side PC of Barry Sanders. He will always be the greatest of all time. 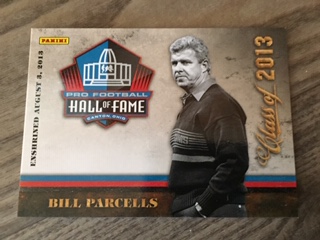 This is what a winning coach looks like look. 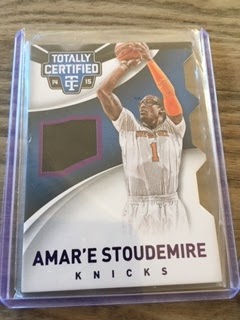 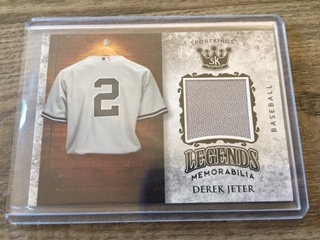 Sweeeeeeeeeeeeeeeet. Derek Jeter relic! This marks the fourth Jeets relic in my PC. Jeter is my biggest Yankees PC by far and my favorite Yankee of all time. 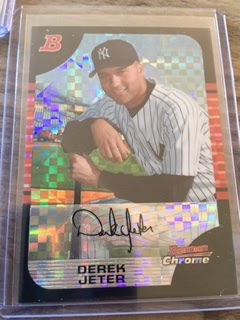 This is a nice refractor /250. I always wish I can capture some cards magic more. One of my favorite cards in my Jeter PC now.

There were many other cards as well for my Giants PC but I was trying to cut this post down some. I mean when the Pancake King sends a stack, he doesn't just send a few cards. There was also one really hot pancake of my dreams that I will share at a later date.

Thanks again to the Pancake King and his hot stack of cardboard. I hope to send something your way soon!

By the way, if you haven't yet, you gotta hurry to, join in on Collecting Cutch's 3rd Annual Save The Second Base contest where you can score a great prize! JOIN IN ON THE CONTEST (HERE)
at October 16, 2019