Too Hot To Handle

It's been two years since @oriolesrise and myself pulled off a trade and after seeing a few tweets from him recently, I knew the next was coming.

It was a simple tag of a Rodney Hampton item that helped me uncover so much more I may have usually missed on his Twitter account. I sometimes will miss lots of stuff on there from gaps of not being on for hours at a time. But, I am glad I didn't miss this one.

He had bought an Auction House lot with tons of NY Giants included and there was so many signatures I needed for my collection, I jumped on trying to make a deal. And a deal was made. Cliff is very easy to work with on trades and that's great when you can make both parties happy.

Let's check out what I traded for. 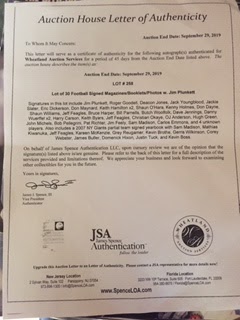 Certificate for the autographs 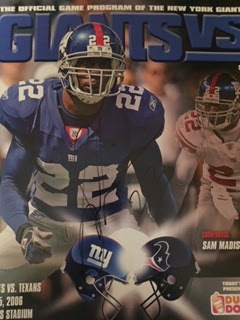 Will Allen auto on a game day magazine. 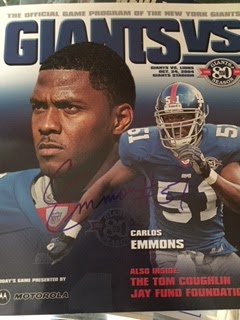 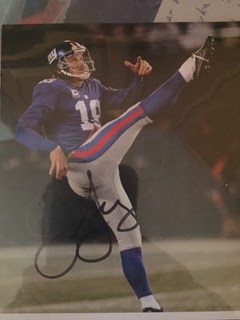 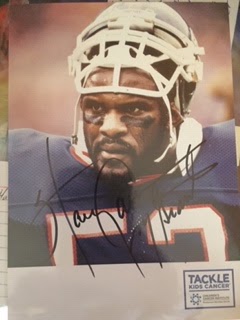 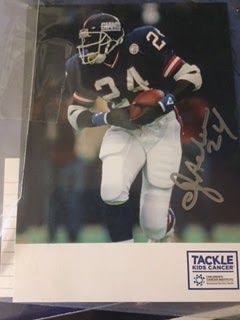 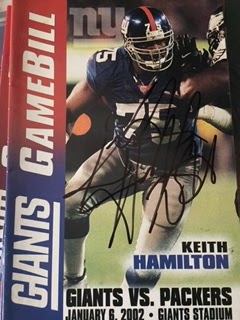 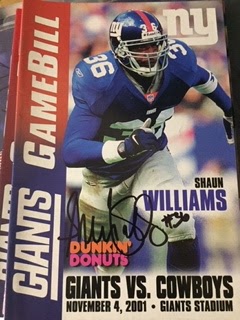 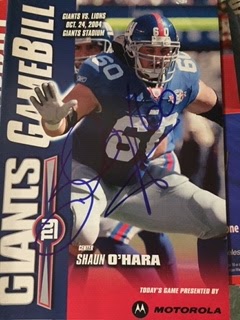 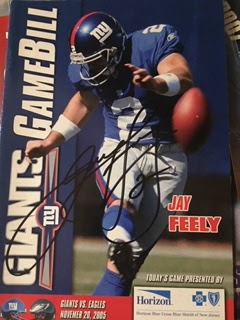 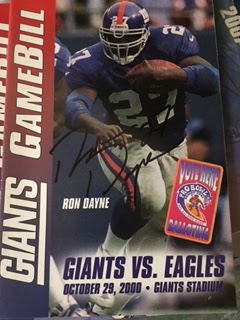 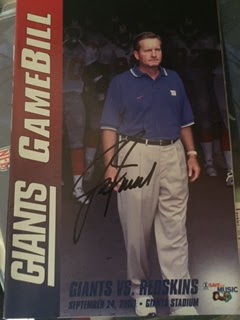 I have been wanting a Fassel autograph for years. He led the Giants to the Super Bowl in 2000 but got butt whooping from that Ravens defense. 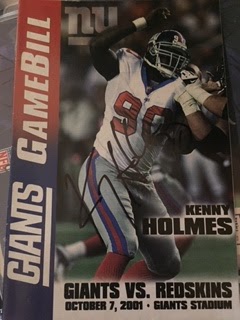 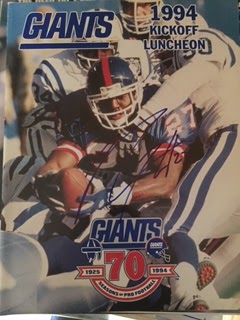 And yes, this was the conversation piece that started it all. I was just going to trade for this, but when I saw the rest, had to make that happen. But this piece will be an excellent add for my Hampton PC. 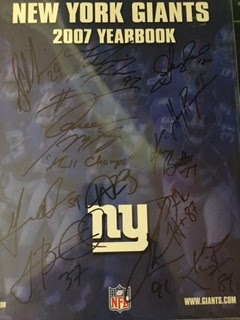 Most of the Super Bowl 42 squad. Well, minus the big stars. 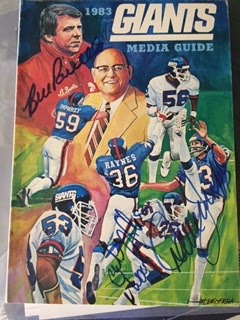 Bill Parcells among a couple other signatures. This is a 1983 media guide which is before Parcells led them to Super Bowl wins. Makes it a really nice piece for my collection.

Thanks to Cliff for the great trade and the new adds. Now I just gotta find a way to display all of it without having any of the autographs fade over time. I must also add that Cliff sent along a surprise few Griffey Jr items as well that I will post another time.
at October 29, 2019