Blast From The Past:1996-1997 Pinnacle Mint Hockey 1 Booster Pack Break

In the 1990's, one of my favorite sports to collect was hockey believe it or not. Hockey cards is what got me into this great hobby. However, it's much different today. Football is my main sport by far with hockey being the least. Baseball is second with basketball a further third (mostly due to licensing)

But, when playing on eBay one day, I was looking for some packs of Pinnacle Mint to rip and I came across a seller who was selling five packs for $5 or so. I couldn't turn that down so I jumped on it and here we are today. I left four of the packs sealed for fun and ripped just this one. 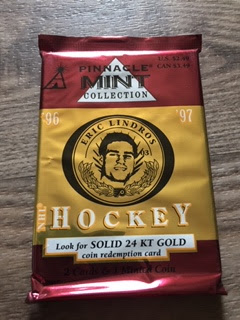 Here is the pack itself. They used to go for $2.49 which I think is pretty cheap for cards and coins. Each one came with 2 cards, one base and one with a coin slot, and one coin. 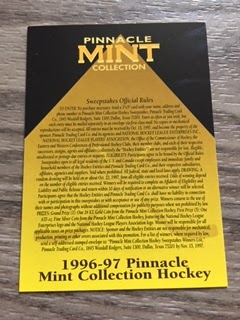 Here is the insert included in the pack. 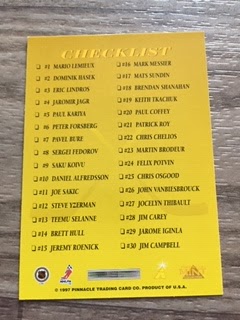 That had the checklist on the back. Some big names to find and that's what I was hoping for! 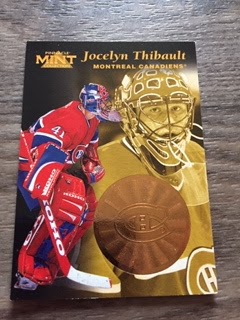 Jocelyn was a goalie who played for 14 seasons in the NHL for 6 teams including the Canadians pictured here. Notice that the team symbol is bronze. There were three colors to find overall. 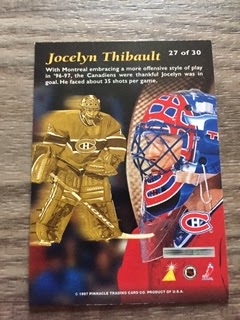 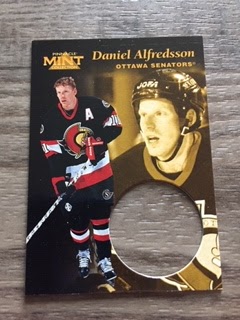 The holey card of Daniel Alfredsson who played 18 seasons in the NHL, that's a lot for the hits they take, with 17 of those for the Senators. 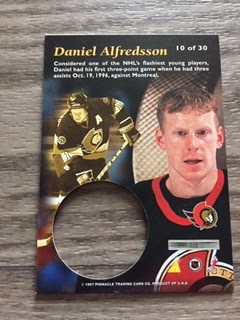 Back of holey card 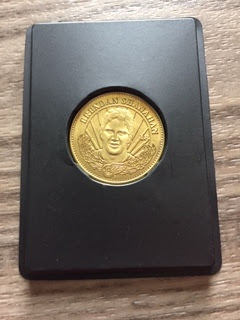 And my coin was a base one of Brendan Shanahan.Was named one of the top 100 NHL players all time, won three Stanley Cups, scored a ton of goals, and is a Hall Of Famer. Can't go wrong with this find.

This was a really fun break. I need to find some baseball and football now to at least rip a pack of. I broke a box of football a few years ago. I think this product was a genius idea with crossing over two hobbies and it gave us more options to choose from. Not something we get today.