The Week In Pictures: It Snowed! 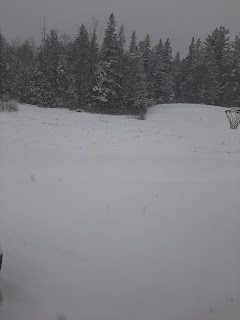 This week in pictures is brought to you by the letter S, meaning Snow.
The snow finally came but it arrived long after when I wanted it for Christmas.

Two of my cats felt like I did, they didn't want to see it now and decided to snuggle and keep their eyes hidden from it.
I really wanted to join in.
At least it wasn't a huge storm, 5-6 inches when I have seen storms up to 2 feet, as after Christmas every year I get into "spring mode" though spring is still months away. One can only hope that it comes sooner. 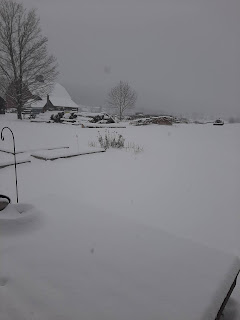 It was at least the sticky heavy snow which usually makes for some solid pictures especially when it starts to cover trees, houses and other structures. 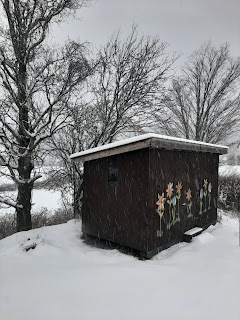 I took this picture as I was driving on the interstate, sorry I was driving and taking pictures officer 👀👀. Only with my mind.
This was the only snow we have had still which I am fine with. But, usually January is cold and February brings the storms. When we get more, I will be certain to show it off in this segment.
Hope everyone had a great week!
at January 16, 2021

Email ThisBlogThis!Share to TwitterShare to FacebookShare to Pinterest
Labels: 2021, Snow, The Week In Pictures