As you get older, your birthday becomes less and less exciting. That's not really a bad thing as who really wants to be recognized as being older.
Unless you turn 21 every year or 29 as my wife does.
My birthday this year was no different than any other day. I got up and got my chores done. Ran a few errands, ate some food. The highlight of the day were the Facebook, Twitter, Blog and phone call birthday wishes. Thank you all by the way.
However, there were a couple surprises out of the ordinary for me which were done by hobby friends.
@CardPocalypseNC gave me an eBay gift card to use, which I grabbed a very important card with and will elaborate on that another time, and then a week later a surprise package from blog reader Oren arrived with a pack of cards inside and a note. 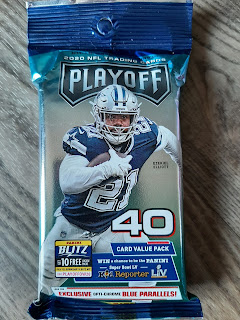 The note was wishing me a Happy Birthday and said he grabbed this pack of cards from his LCS for me. Wow. I have only known Oren from email exchanges and trades for a small amount of time. I was pretty blown away.
He wished me luck on my break and I think it worked. 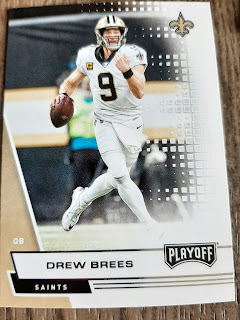 Drew Brees base. It will be weird not to see him play anymore and to see how the Saints look going forward without him. 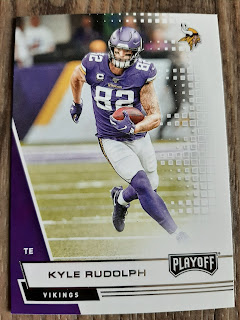 Kyle Rudolph is the Giants newest Tight End grab. Speaking of grabs, this guy can catch. His catch percentage is extremely high. 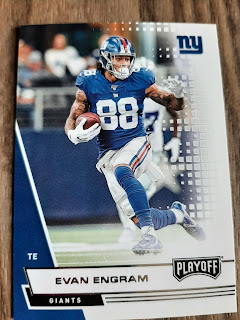 Unlike the Giants current Tight End who drops a ton of easy catches.
I had a couple of other big name veterans from the base set as well but put my focus on the best above.
After the base cards in the pack, rookies come up next. 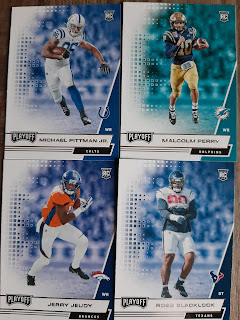 Found a few good rookies in the break as well with Pitman Jr and Jeudy. 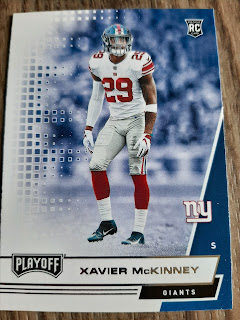 But those guys don't top finding the McKinney. I was stoked for this one. This guy will be a stud for the Gmen.
Up next, a few parallels from the break. 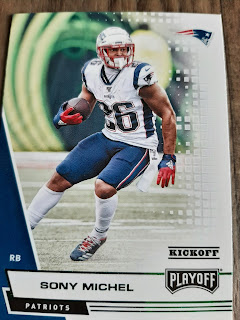 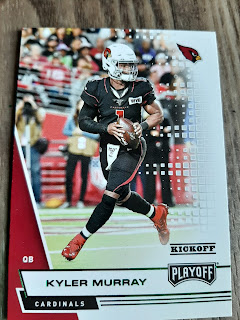 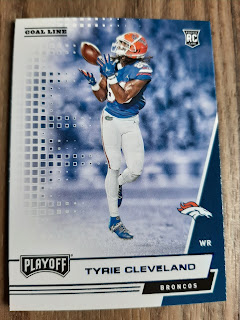 Tyrie Cleveland. Gotta admit, haven't heard of this guy or even owned a card of him.  I looked him up and it appears he was a 7th round pick of the Broncos who played very little. But could be one of those Diamond In The Rough kinda guys.
Next up, the inserts. 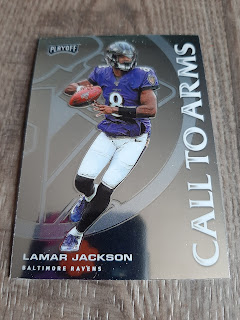 Everyone by now must know of my Fondness of Lamar Jackson. He is just plain fun to watch. 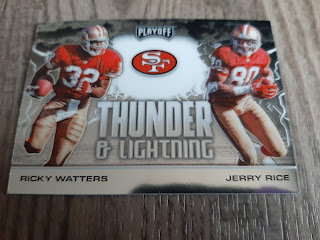 And my final card is Thunder And Lightning with Jerry Rice on the card. I still think Rice is the GOAT of WR's though Randy Moss isn't too far behind.
Thanks again to Oren for the fun rip. As we all know by now it's not too easy to find stuff to open anymore, so I am always appreciative when I get something to break.
at April 08, 2021