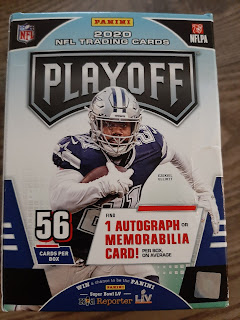 Every box of 2020 Playoff football comes with 7 packs of 8 cards per pack. Each box also guarantees one autograph or memorabilia card and each box goes for $20. Don't be fooled by the flippers. 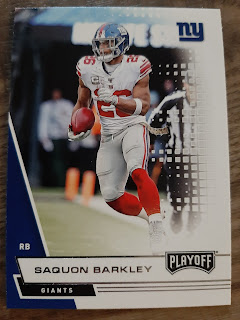 The base card set is built up of 300 cards. The design is okay, I would have rather preferred them leaving off the white squares to reveal more of the action photo. 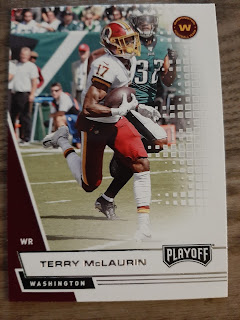 At the time when I got this in December, I took this picture to point out it was the first card I had seen with the Washington Football Team logo.
Now back to the breakdown of the base set.
It is built up of veterans like Saquon above, 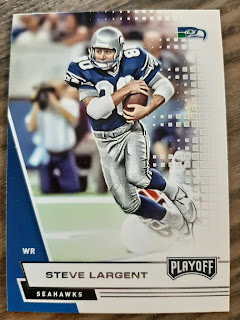 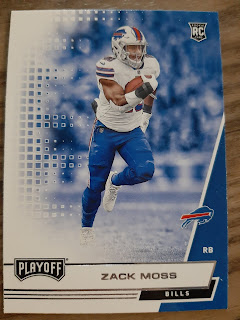 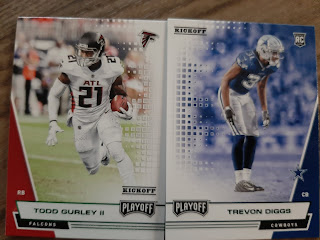 I found two kickoff parallels in my break.
Now onto my favorite part of Playoff, the inserts.
The inserts in Playoff standout with their complete chromed approach. As we all know, with anything Chromed there are parallels.
Playoff offers the following parallels for their inserts, Blue, Pink, Purple, Red, Silver, Gold /10, and Touchdown 1/1. 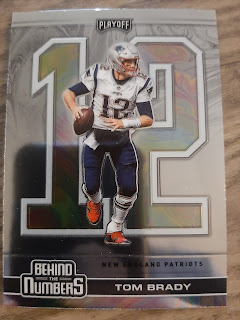 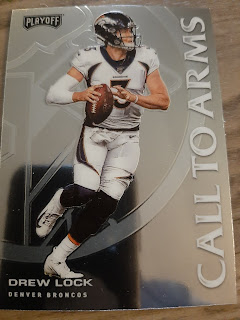 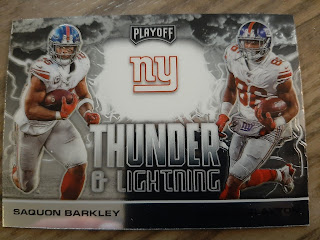 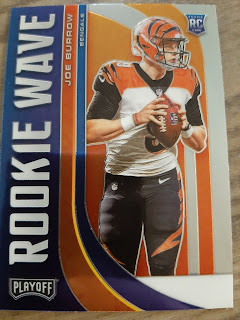 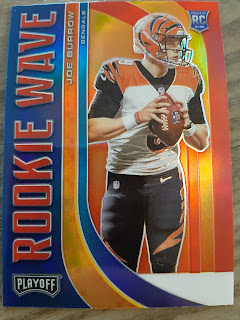 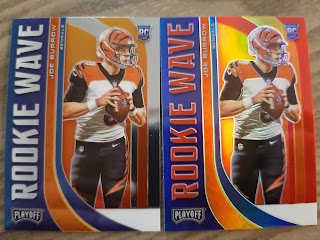 Here are both side by side
So far, the Burrow parallel was the best find of the blaster. Now onto the hit. 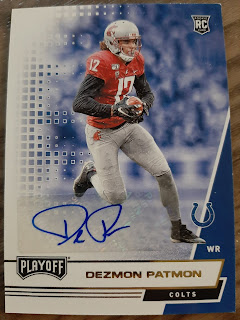 Usually these boxes come with relics most of the time, but I lucked out and pulled an autograph of Dezmon Patmon who was a 6th round pick. He only played in one game with no catches.
Not a bad break, the Burrows definitely made the break worth it and finding a couple Giants PC cards helps as well.
at April 07, 2021