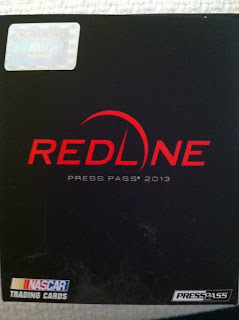 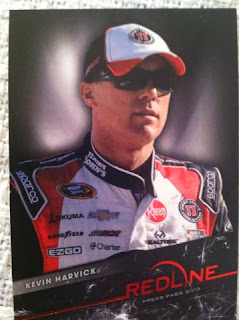 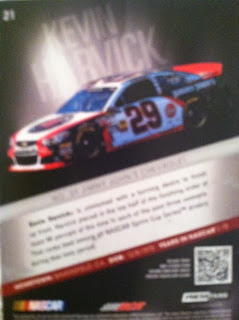 BASE CARDS:Redline has a nice base card design. A marble type bottom border with the Redline name standing out along with the drivers name just below the picture of the driver who appears to be coming out of a smoke bomb maybe its after spinning their tires from a win. Plain and basic but well done. 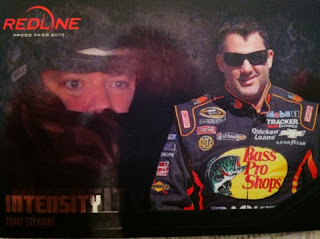 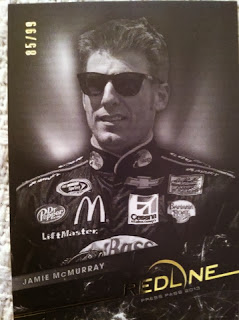 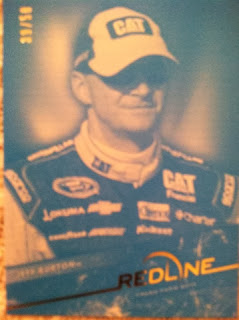 INSERTS:.Inserts are not plentiful here which isn't a bad thing. The harder it is to get an insert, the move valuable they will be. Here we got the guaranteed one insert which most fall 1:2 packs along with 2 base card parallels. One is the black and white numbered to 99 and despite the picture the Jeff Burton is a blue parallel numbered to 50. 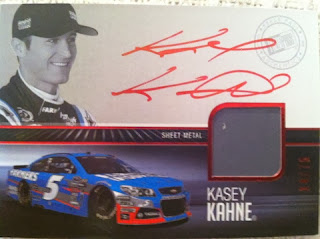 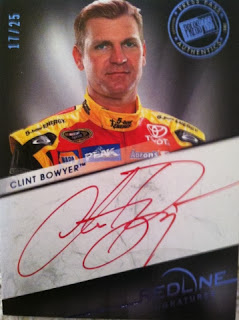 AUTOGRAPHS:  On-Card Autographs! May we need to say more?! Well designed autographs. The Bowyer is a base card with an autograph but we like the size of the auto on the card. The Kahne above is a really well done card. They have a nice balance of driver/car/memorabilia and an autograph. Press Pass did great on that design. More companies should take note of that. We have seen some companies either have the players too small, team emblems too big or the auto and mem pieces just don't fit where they are placed. Kudos for Press Pass for finding that balance. 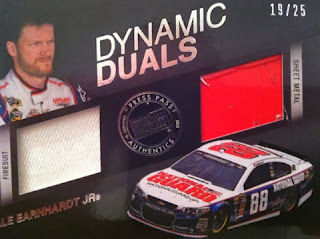 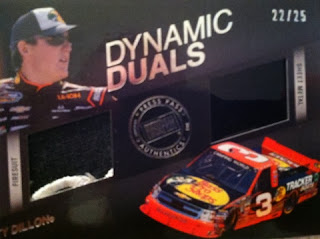 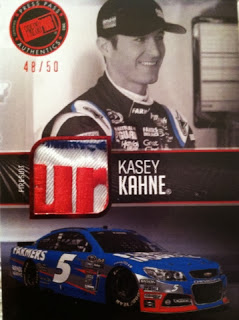 JERSEY/PATCH CARDS: The many pieces that Press Pass uses in their racing cards is an automatic win. They are very creative using Sheet Metal, Shirts, Hats, and many more. Most of these pieces you can see have been used and you will not question the authenticity. And some of the pieces are really sweet prime ones such as the Kahne above.
OVERALL THOUGHTS: You don't have to be a HUGE NASCAR fan to appreciate Press Pass racing cards. Design is nice. Memorabilia is creative. And on card autographs. Press Pass continues to put out very nice racing products with every release. It's hard not want to give one a try.
at December 12, 2013