Panini Legacy this year took place of Panini Classics football as a new release. It basically feels the same but has some new touches to it.

This product has been out for awhile now, but this is my first break of it or the first time I have put my hands onto it other than Rodney Hamptons I have picked up.

So I was curious how it was to break a box, so let's check it out. 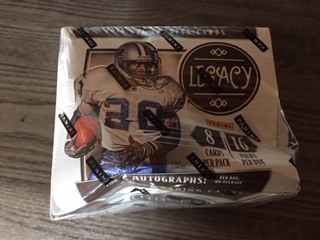 In every box of 2019 Panini Legacy football you will find 16 packs of 8 cards each. Ignore the fact my Panini box came crushed. I was worried about the cards but all seemed fine. Each box comes with two autographs which is one more hit than what Classics normally offered. Boxes have dropped some, but still sit at $85. 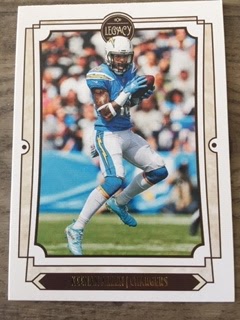 The base set is a simple border design with full colored action photo in the middle. It's actually not a bad design and like I have said, it has a Classics feel to it with less gloss.

There are 200 are in the base set. Built up of veterans, Legends. This is where you find Hampton 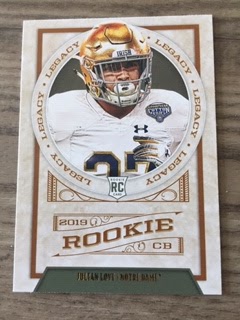 and rookies. Each level comes in a pack and all have their own unique design. I actually like the Legends design best of the three. Rookies appear in their college uniforms as this was an early release as I said.

There are ton of parallels to find in this product. TONS. I think I counted 22 for Rodney Hampton which is insane and by the way I have narrowed my Hamptons down to 3.

There is both paper parallels for the players and a chromed (Premium as they call it) parallel as well. That's why there is so many. Here is the breakdown of the overall look of parallels, 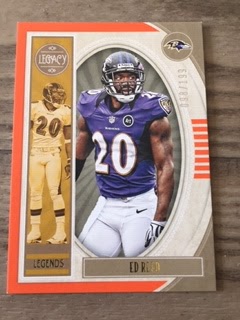 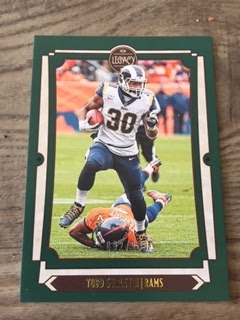 Green /100. Hopefully Gurley comes back this year, I have some sweet cards of him 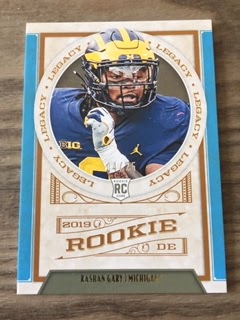 Blue /50. I bet Dennis comments on this card. 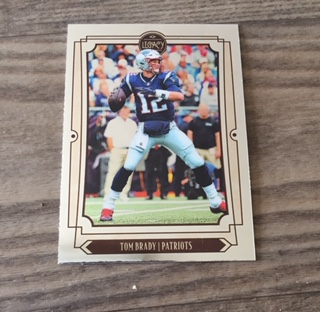 This is a premium chrome parallel 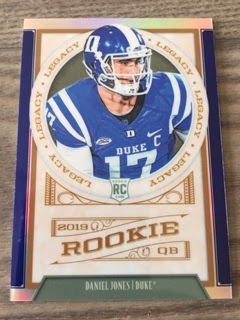 And this is a Sapphire parallel. Did I mention this is also my homeboy Daniel Jones?! These are numbered to 50. 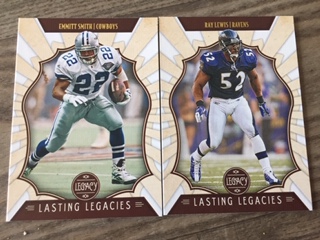 Lasting Legacies. All of those players that left a mark on the game. There are 20 cards to collect in the set 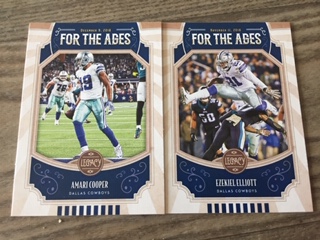 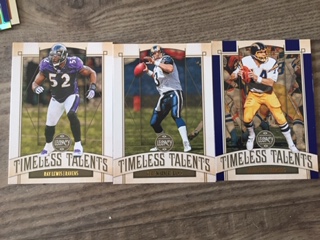 Timeless Talents has 20 cards to collect 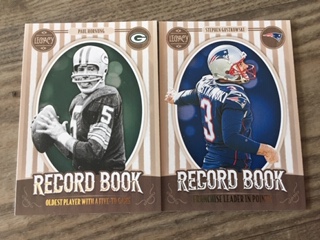 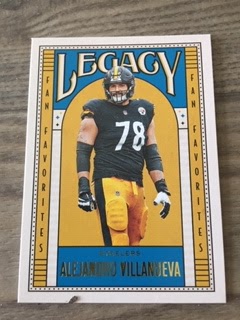 Fan Favorites has 10 cards to collect 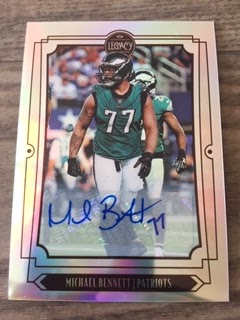 My box didn't provide much boom. I pulled a Michael Bennett auto, who is a long time veteran that has played for many teams but mainly Seattle 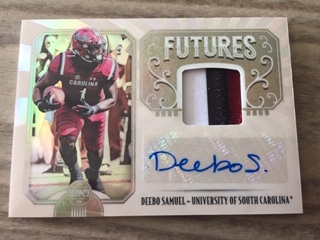 and 49ers second round pick Deebo Samuel who has shown some flashes so far. Simple signature he has too.

Other hits not found in my box include
OVERALL:Not a great break, but can't fully say much til the regular season starts. Deebo could be a hidden gem among all of the other rookies I found.

I do like the fact that Panini included players on both the base set and autograph checklist that you don't see everyday anymore including Rodney Hampton. That's a plus in my book.

The overall appeal of the product isn't too shabby, I just wished I was more of a college football guy. It's the only thing that really doesn't excite me about it. If this was a later season release it would be much more exciting.

I strongly recommend using Midwest Box Breaks for your breaking needs. They are always hitting the big pulls so if they are breaking this, you could put yourself in a good spot. They also SHIP ALL CARDS! Get what you pay for!

Please thank Panini America and Tracy Hackler for providing this box for me to review to giveaway some of the hits ON TWITTER!! Please follow them on all social media sites and visit their website for all your card needs, HERE.
at August 20, 2019