Thanks to the help of Valley Of Cards, I was able to knock some cards off from my want list. 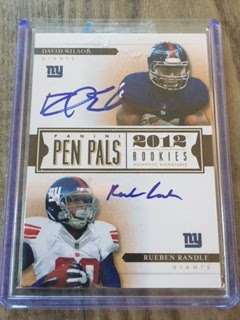 First up was this 2012 Pen Pals of David Wilson and Rueben Randle, who both were supposed to be the future in Big Blue but Wilson got hurt and Randle didn't get enough opportunities so both left the Giants hanging. That was actually the year the Giants started turning into the mess they have become up until last year. I feel this year will be a turnaround year.

Next up, new Rodney Hamptons folks! I was going to drag these out on Sunday's With Rodney, but, I have enough for that series til the end of the year. 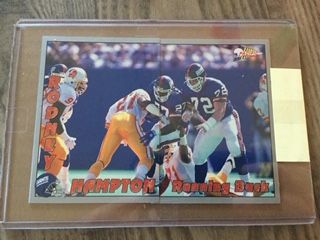 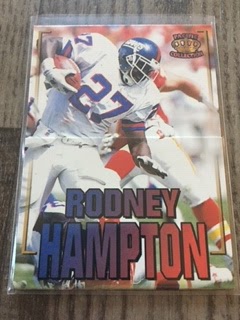 1995 Triple Folders featuring Herschel Walker in a Giants uni on back and Dave Brown in the middle. 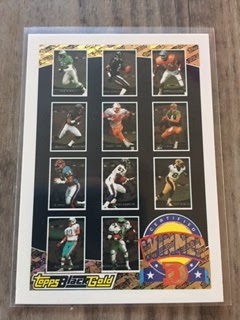 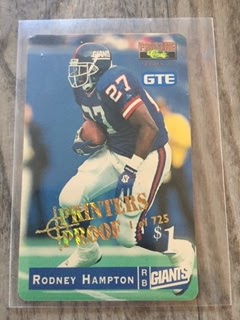 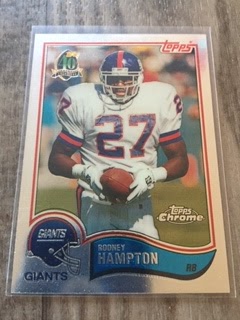 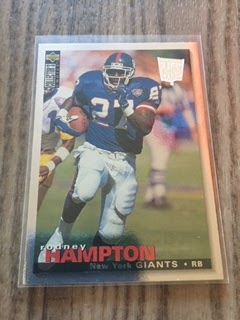 And speaking of finishing up, I believe this 1995 Collectors Choice Players Club Platinum may have finished up my needs there as well. 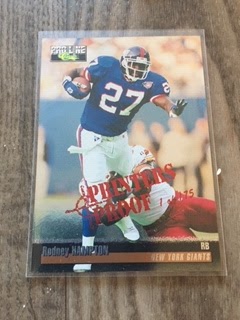 1995 Pro Line Printers Proof Silver are not easy to find at all. This has been the only one I have see listed and these are limited to just 125 which is tough unlike today's times. 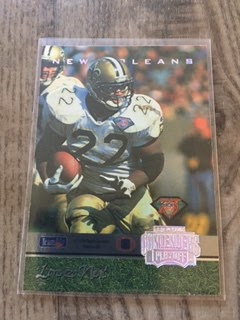 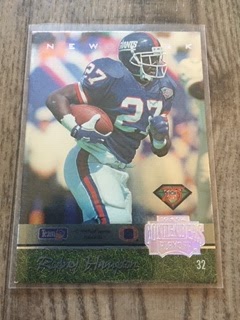 And another big need knocked down. I haven't ever seen this one either but it is now mine the 1994 Contenders Back To Back of Rodney and Lorenzo Neal who I didn't know played for the Saints. Hmmm.